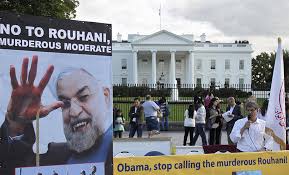 Assuming leadership of a military and economic superpower is anything but easy, especially when the only real certainty in the matter is the fact that you can’t please all of the people all of the time. Since becoming president of the US, Americans and the international community alike have been collectively hoping for Barack Obama to deliver on his promise of ‘change we can believe in’, while the president himself searches for the space and opportunity to establish his own legacy.

Obama has indeed made several concerted attempts at securing his place in history, though to date, nothing has really stuck. Shortly after being elected, the US president tried and failed to shut down the Guantanamo Bay detention center, which continues to torture and now even force-feeds hunger-striking prisoners. On the domestic front, Obamacare was at the center of October’s US government shutdown and remains the source of debate and outrage, most recently due to the launch of a flawed website. There’s also the Nobel Peace Prize Obama was awarded in 2009, but given the continued US invasion of Afghanistan and the intensification of drone strikes in Pakistan and Yemen under his presidency, that one hardly counts.

Recently, an opportunity to establish an Obama legacy has presented itself in the form of diplomacy and potential rapprochement with Iran, who has entered high-level talks to settle differences over its disputed nuclear program. Iran has always asserted that its nuclear ambitions are peaceful in nature, but has lacked transparency with regard to its nuclear development. Having been grouped with the likes of Iraq and North Korea into the Axis of Evil, and being on the receiving end of a variety of economy crippling sanctions, it serves Iran’s interest to open up to the international community if its claims of peaceful nuclear development are indeed genuine. It also seems that facilitating and encouraging resolution with Iran would be an easy win for Obama, certainly worthy of legacy consideration. But like his other well-meaning political endeavors, this one might not be as clear-cut as it seems on the surface and may have greater implications that prove why you can’t please all of the people all of the time.

Despite being called out as a wolf in sheep’s clothing by Israeli Prime Minister Benjamin Netanyahu, Iran’s president Rouhani hopes that the nuclear talks his country is involved in are able to yield tangible results in a short period of time. The talks come amid plans for the US to impose new sanctions on Iran, which up until recently, have been the only alternative to dealing with Iran militarily. Diplomacy seems like the obvious route to verifying rumors of Iran’s nuclear aspirations and finding resolution between the two countries, which should also serve Israel’s interest, but apparently doesn’t. This dynamic contributes to the fact that rapprochement with Iran might prove itself to be more difficult than an easy win on Obama’s part.

It seems simple enough: open up a dialogue with Iran, allow Rouhani to prove his country’s nuclear program is a peaceful one, and subsequently build a relationship based on facts, not speculation and paranoia. Yet Israel remains certain that the situation boils down to all or nothing, and refuses to see that sanctions can be lifted while simultaneously allowing Iran to pursue a peaceful nuclear program. This is, in the very least, suspect on the part of Israel.

Any talks about Iran’s nuclear capacity will inevitably come back to the fact that Israel possesses an unregulated nuclear arsenal, which should be a primary focus when planning for peace in the Middle East. The blatant double standard can no longer be ignored, and could turn out to be the catalyst to Obama’s legacy. If the ‘fanatic regime’ that Iran is accused of being turns out to be another Non-Proliferation Treaty country using nuclear power peacefully, the international community’s focus might just shift to the next most ‘fanatic regime’, Israel.

One should keep in mind this paradox: the US has legally prohibited itself from funding countries that proliferate weapons of mass destruction, but continues to give Israel 2 billion taxpayer dollars in military and other aid to Israel each year. If the US can help persuade one of the Axis of Evil countries into being transparent about its nuclear program, shouldn’t it be able to do the same with its closest ally in the Middle East? And if focus were to be put on Israel’s weapons of mass destruction, wouldn’t it also be fair to take a meaningful look at Israel’s habit of sidestepping international law? This is already being done by the EU, who has decided to restrict its European Investment Bank from giving loans to Israeli businesses and public bodies operating inside the illegally occupied Palestinian territory, and is being called the beginning of the era of sanctions against Israel.

US-Iran rapprochement can broaden the horizons of a multitude of dialogues, some of which Israel may not be too eager about. In this sense, better relations with Iran might not be Obama’s legacy alone, but may turn out to be a stepping-stone toward a much more meaningful legacy. In the meantime, rapprochement with Iran can serve as a means toward quicker resolution in Syria as well as regional stability, and can show the international community that US foreign policy is not based solely on manufactured threats and hearsay.