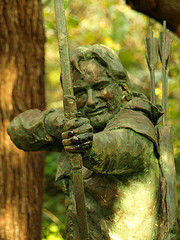 Its Aim is True

T-A-X. Such a simple three letter word, and yet it elicits responses from people out of all proportion to its size. Perhaps it isn’t surprising. Taxes are scary.

But let’s not forget, as much as you may hate them, without them, we wouldn’t have public health care, education, infrastructure, police and ambulances, government, politicians… (OK, maybe scratch that one)

You get the idea. Boring and controversial as they are, taxes are essential.

Right now, the world is in crisis, so the last thing you may want to hear is someone going on about taxes. But hear us out. It is a story worth telling.

In September 2008, the global economy crashed into one of the most significant global recessions ever. Millions of people North and South lost their savings, their livelihoods, and their homes. In Canada, we may be slowing crawling our way out of this recession, but for the majority of countries worldwide, the situation is still grim.

Globally, poverty remains a fact of daily life for about three billion people. Most are women and children, the vast majority living in rural areas. They are the working poor who face inadequate access to jobs, food, education, clean drinking water, sanitation and health services. The impacts of climate change are already having tangible impacts on the lives and livelihoods of people around the globe. Countries North and South are facing burgeoning deficits and debts, many on the brink of default.

Bruno Jetin, an Economist at Paris University, estimates that it would cost us about $710 billion annually (all figures US), between 2012 and 2014, to buy our way out of these crises: $360 billion to meet the budget deficits in developed countries resulting from the financial crisis; $170 billion to finance the costs of climate change adaptation and mitigation in developing countries; and, $180 billion to help developing countries achieve the Millennium Development Goals (MDGs). And this is probably a conservative estimate.

In contrast, financial institutions in Europe and North America have enjoyed fat profits, big bonuses and bailouts galore. Doesn’t make much sense, does it?

All of this has forced leaders and thinkers worldwide to figure out how the financial sector could make a “fair and substantial contribution” to recovering some of the costs of crisis they helped cause, and of the bailouts they received. But many also want to put in place measures to help pay for the impacts of the crisis and help avoid future ones.

Since last September, when the Group of Twenty (G-20) met in Pittsburgh, the idea of implementing a global financial transactions tax (FTT) or “Robin Hood Tax” as it is being called in many quarters, has been gaining increasing momentum.

So, what is the Robin Hood Tax?

It is a tiny tax of 0.05% that would be levied on all financial market transactions.

On the trade of stocks, bonds, foreign exchange, and derivatives - anything that goes through the stock exchange or futures exchanges. It would exclude ordinary consumer transactions such as payments for goods and services, paychecks, as well as short-term inter-bank lending and central bank operations. But it would tax the one sector that, as former French President Jacques Chirac has noted, is still relatively exempt from paying their fair share of taxes.

So just like every time you go to a store and exchange your money for something you want and are taxed, bankers and stock traders will be taxed when they want to trade.

How much would this kind of tax generate?

The amount of revenue generated would depend both on how widely the tax is adopted and what rate is applied to different transactions. The Austrian Institute for Economic Research has estimated that a global transactions tax of 0.05% on all transactions could yield, using the International Monetary Fund’s 2007 estimate of global gross domestic product, around $650 billion a year. And this assumes a drastic reduction in market activity as a result of the tax. [1] That easily covers the costs of burgeoning deficits, climate change and the MDGs.

OK. But how much would it cost me?

Fifty cents— if you buy $1,000 worth of shares— every day. (How much are banking fees again?) But the tax is really targeting speculative investors who trade the same stocks several times a day. For Toronto-based trading company, Infinuim, which makes between 500,000 and one million trades a day, it would cost a lot more. So the intent is to also use the tax to help to discourage frequent short-term speculative trading (that creates bubble economies like the one that eventually burst in 2008 and helped put us in this mess) without affecting productive economic activity.

This sounds complicated. How would the tax be collected?

Easily. The tax would automatically be collected at centralized clearing or settlement systems that are already used on all major exchanges, and through which all financial transactions must pass. Evasive actions by market participants would be almost impossible if the G20 stood united in implementing the FTT. Besides, the costs of evading the tax would likely be higher than the benefits. [2]

Ideally, the FTT would be introduced globally, but this does not prevent countries from introducing it unilaterally. The UK already has a tax (called a stamp duty) of 0.5% on the trade of stocks. And Economist Stephan Schulmeister with the Austrian Institute has estimated that even if just Britain and German introduced the FTT tax, it would capture 97% of transactions within Europe.

But is anyone listening? Is this even a possibility?

France, Germany, the United Kingdom (including the British Financial Services Authority [3] ) and Austria back the idea. The European parliament and the European Commission have also spoken out in favour, and Belgium wants the FTT front and centre when it takes over the European Union Presidency in July. Recently, the Japanese Finance Minister and the former Governor of the Reserve Bank of India came out in support. US President Barack Obama spoke favourably of the idea on the campaign trail in 2008, and one-time opponent, US Treasury Secretary Timothy Geithner, has “come around to the idea” of some kind of a global tax. [4]

The tax also enjoys the support of over 350 influential economists, some Noble Prize winners including Paul Krugman, Joseph Stiglitz, Dani Rodrik, and Jeffrey Sachs, as well as weighty financiers like George Soros and Warren Buffet. [5]

Well. That’s a different story. Along with Wall Street and Bay Street and the City of London, and some Finance Ministries, Canada is… completely opposed.

Why? Simple. Taxes bad. (The Conservatives do not support increasing taxes.) Canadian banks good. (The Canadian banking sector is well regulated already, so we didn’t have to bail them out, and don’t need to recoup these costs.)

If you focus on regulation, Finance Minister Flaherty has a point. The Canadian banking sector is one of the best regulated in the world. Canada, as a result, has gotten off pretty lightly, and is showing the strongest recovery among all the Group of Eight countries.

But it is also pretty short-sighted. Canada has done better than most. Sure. But what about our growing deficit? This same deficit is in part due to spending we had to (and needed to) incur because of the global crisis; can we be sure that we will be as well protected the next time around if measures like the FTT are not taken?

What about the rest of the world? Unfortunately for them, if Canada’s opposition to the Robin Hood tax remains when the G20 comes to Toronto in June, expect to see mean King Stephen and Sheriff Flaherty of Nottingham.

To throw your support behind the Robin Hood Tax, go to: http://atthetable2010.org

This article was written by Fraser Reilly-King, Coordinator, and Abdallah Khazaal, an intern, with the Halifax Initiative. The Halifax Initiative, http://www.halifaxinitiative.org , is a coalition of development, environment, faith-based, human rights and labour groups, and the Canadian presence for public interest education and action on International Financial Institutions, namely the World Bank and the IMF. HI is also a member of the 2010 “At The Table” campaign. The views expressed are their own.