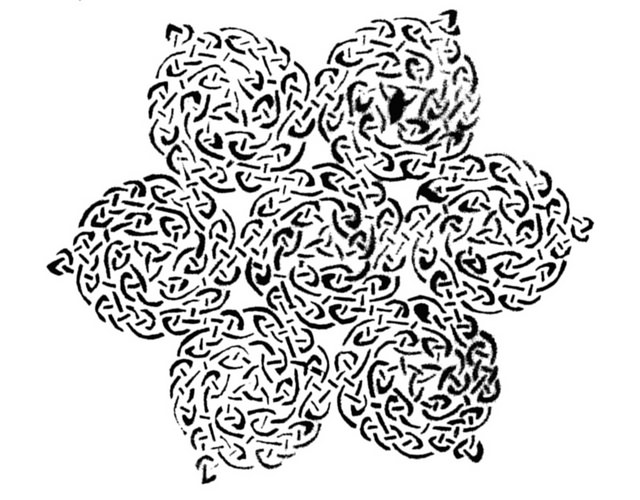 On ‘reasonability’ in activism and demanding the impossible

Over recent days in Montréal, after joining multiple activist discussions (including those at the Montréal Student Movement Convention), revolving around possible frameworks for asserting political demands in opposition to austerity economics and neoliberalism, my mind is racing with critical reflections.

One key problematic point that rests in my thoughts, is rooted in addressing the limiting reality that most activist-driven campaigns today in Québec and Canada assert goals or campaigns within pre-established conservative frameworks for political possibility. Even if the consensus vision at heart of the organizing, that is driving people emotionally and collectively, is anti-capitalist and revolutionary, our collective demands most often don’t reflect broader transformative visions.

Clearly campaigning on real and tangible issues, rooted in popular realities is at the heart of any meaningful organizing work (as seen during the Québec student strike), but why limit our political dimensions to a reality that is deeply destructive and oppressive? Can our political campaigns speak both to real issues and also express our broader dreams for true liberation?

How can our campaigning both address concrete realities, while also expressing an inspiring ideas and questions that travel way beyond the constricting discourse of spiritually dead politicians that cynically preach ‘reasonable’ frameworks, that in reality are shaped by colonial, capitalist violence. Let’s stop being ‘reasonable’ to systems that literally refuses to acknowledge our full humanity, or respect the sanctity of Mother Earth.

These questions are visited further, asserted beautifully within an essay included in What Would It Mean To Win? a collection of texts via the Turbulence collective, published by PM Press.

The text by Stephen Duncombe, entitled Politics in an Age of Fantasy, touches on the horrific violence of the Iraq war and reflects critically on progressive activists attempting to make demands, or build campaigns, against the war within political frameworks fixed by the very powers involved in orchestrating the war.

below is an excerpt from the excellent essay from What Would It Mean To Win? thanks for reading, take care, Stefan.

"In the autumn of 2004, shortly before the U.S. presidential election and in the middle of a typically bloody month in Iraq, the New York Times Magazine ran a feature article on the casualty of truth in the Bush administration. Like most Times articles, it was well written, well researched, and thoroughly predictable. That George W. Bush is ill informed, doesn’t listen to dissenting opinion, and acts upon whatever nonsense he happens to believe is hardly news. (Even the fact that he once insisted that Sweden did not have an army and none of his cabinet dared contradict him was not all that surprising.) There was, however, one valuable insight. In a soon-to-be-infamous passage, the writer, Ron Suskind, recounted a conversation between himself and an unnamed senior adviser to the president:

The aide said that guys like me were “in what we call the reality-based community,” which he defined as people who “believe that solutions emerge from your judicious study of discernible reality.” I nodded and murmured something about Enlightenment principles and empiricism. He cut me off. “That’s not the way the world really works anymore,” he continued. “We’re an empire now, and when we act, we create reality. And while you are studying that reality – judiciously, as you will – we’ll act again creating other new realities, which you can study too, and that’s how things will sort out. We’re history’s actors … and you, all of you, will be left to just study what we do.”

It was clear how the Times felt about this peek into the political mind of the presidency. The editors of the Gray Lady pulled out the passage and floated it over the article in oversized, multi-colored type. This was ideological gold: the Bush administration openly and arrogantly admitting that they didn’t care about reality. One could almost feel the palpable excitement generated among the Times’ liberal readership, an enthusiasm mirrored and amplified all down the left side of the political spectrum on computer listservs, call-in radio shows, and print editorials over the next few weeks. This proud assertion of naked disregard for reality and unbounded faith in fantasy was the most damning evidence of Bush insanity yet. He must surely lose the election now.

What worried me then, and still worries me today, is that my reaction was radically different. My politics have long been diametrically opposed to those of the Bush administration, and I’ve had a long career as a left-leaning academic and a progressive political activist. Yet I read the same words that generated so much animosity among liberals and the left and felt something else: excited, inspired … and jealous. Whereas the common sense view held that Bush’s candid disregard for reality was evidence of the madness of his administration, I perceived it as a much more disturbing sign of its brilliance. I knew then that Bush, in spite of making a mess of nearly everything he had undertaken in his first presidential term, would be reelected.

How could my reaction be so different from that of so many of my colleagues and comrades? Maybe I was becoming a neocon, another addition to the long list of defectors whose progressive God had failed. Would I follow the path of Christopher Hitchens? A truly depressing thought. But what if, just maybe, the problem was not with me but with the main currents of progressive thinking in this country? More precisely, maybe there was something about progressive politics that had become increasingly problematic. The problem, as I see it, comes down to reality. Progressives believe in it, Bush’s people believe in creating it. The left and right have switched roles – the right taking on the mantle of radicalism and progressives waving the flag of conservatism. The political progeny of the protestors who proclaimed, “Take your desires for reality” in May of 1968, were now counseling the reversal: take reality for your desires. Republicans were the ones proclaiming, “I have a dream.”

Progressive dreams, and the spectacles that give them tangible form, will look different than those conjured up by the Bush administration or the commercial directors of what critic Neil Gabler calls Life, the Movie. Different not only in content – this should be obvious – but in form. Given the progressive ideals of egalitarianism and a politics that values the input of everyone, our dreamscapes will not be created by media-savvy experts of the left and then handed down to the rest of us to watch, consume, and believe. Instead, our spectacles will be participatory: dreams the public can mold and shape themselves. They will be active: spectacles that work only if people help create them. They will be open-ended: setting stages to ask questions and leaving silences to formulate answers. And they will be transparent: dreams that one knows are dreams but which still have power to attract and inspire. And, finally, the spectacles we create will not cover over or replace reality and truth but perform and amplify it. Illusion may be a necessary part of political life, but delusion need not be.

Perhaps the most important reason for progressives to make their peace with the politics of dreaming has little to do with the immediate task of winning consent or creating dissent, but has instead to do with long-term vision. Without dreams we will never be able to imagine the new world we want to build. From the 1930s until the 1980s political conservatives in this country were lost: out of power and out of touch. Recalling those days, Karl Rove, George W. Bush’s senior political adviser, says: “We were relegated to the desert.” While many a pragmatic Republican moved to the center, a critical core kept wandering in that desert, hallucinating a political world considered fantastic by postwar standards: a preemptive military, radical tax cuts, eroding the line between church and state, ending welfare, and privatizing Social Security. Look where their dreams are today.