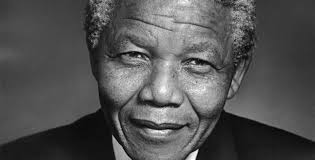 Much has been written, and is still counting, about the iconic figure of Nelson Mandela. He has been portrayed as the quintessential symbol of a new non racist Africa, having endured the hardships of struggle, incarceration, and ultimate freedom. His most enduring achievement was his destruction of the pernicious system of apartheid in which class and race were organically fused. He constructed a tri-partite nominally anti-imperialist alliance, between the African National Congress, the Communist Party of South Africa, for which he was a member of the Central Committee, and the COSATU trade union federation. A central characteristic of this alliance was its composition - the Black masses and the White elite. The liberation programme was enshrined in 1955 by The Freedom Charter which called for the nationalization of industry and land distribution for the peasantry. Mandela continued to work as a trained lawyer and organizer, disguising himself as a chauffeur, until 1962 when he was captured by the police, betrayed by a U.S. Central Intelligence Agency agent who had infiltrated the ANC; with his trial for treason sandwiched between 1961 and sabotage in 1963. He remained in prison on Robben Island for the next twenty-seven years. The cold war raged pitting the western capitalist countries, including Israel, supporting the South African racist regime, against the USSR and the ANC. South Africa was seen as a critical geo-strategic location, located on the tip of the southern sea lanes as well as a source of its critical resources.

The change of dynamic began in 1985 when Mandela contacted the Afrikaans Minister of Justice Kobisee Cotsee asking a review of his case and the hard line Afrikaans regime of P.W. Botha was replaced by his shrewder successor, P.D. de Klerk. De Klerk cobbled together a multipart coalition of English capital, Afrikaans bureaucracy, and multinational capital to negotiate regime change. Mandela would come to head this new regime, with the following broad features; a withering of the Freedom Charter in in 1992 and replacing it by a multiracial free market capitalist economy, influenced at the Davos World Economic Forum; abolish the putative armed struggle which began in the name of Umkhonto we Sizwe (Spear of the Nation); embed the principles of racial reconciliation and peace. On the international scale, the Soviet Union was weakening and imploded in the same year that Mandela was set free, thereby undermining the patronage of the South African Communist Party. As well, Chase-Manhattan bank cut off loans to Apartheid institutions.

Mandela came to head a national movement not a liberation movement

This national independence movement, was only the first stage of infolding of the struggle. As part of the anti-imperialist agenda of the early 1920’s the anti-imperialist league was initiated which expressed the view that capitalism had become a global integrated system, whose weakest point could be attacked in the overexploited undeveloped regions of the planet. From this movements of national independence were formed

Nelson Mandela came to symbolize the vanguard of this movement within South Africa. His version of this struggle took the best of the idealist tradition as far as it could go.

Every society has a particular formation, economic, political, social, racial in its composition and, profile and demographic. The pyramidal structure of the Apartheid system in South Africa placed white skinned Afrikaans at the apex, followed by other whites with privilege, and subsequently mixed race, brown and black skinned masses coming up the rear.

The profile of privilege and relative exploitation then coincides with the color code of white to black. The post Apartheid South Africa has frozen the system with the so called sunset clause which retains white privilege and includes what Franz Fanon described as those with black skins- but while masks.

A socioeconomic profile almost immediately displayed the frozen nature of reality which undermined the expectation of the black masses and to the benefit of the neo-imperialist forces of inequality. In 1994 the International Monetary Fund introduced a structural adjustment which hobbled growth and redistribution and foreign capital was required to repay twenty-five billion US$ Apartheid era loans, foreign exchange controls were eased permitting capital to be patriated abroad. During the Mandela Presidency, the Geni Coefficient fell to 0.67 from 0.56, 60% of working age persons are unemployed, one-third of the population earn less than $2.00 per/day, 53% of the population are above the poverty line, between 1992 and 2112 the economic growth rate was only 3.2%, while the black/white apartheid reality persists-the average white income is six times that of blacks, with white wages are 19,000 rand per month, while black workers earn 2,500 rand.

The two subsequent Presidencies after Mandela retired, have been burdened with corruption, nepotism and miners strikes and a black elite bourgeoisie.

The view that a non-racial South Africa as a rainbow remains an idealist fantasy which can only be realized with the liberation of the masses, who, can join as equals with their non-black comrades. And that is the next stage from national independence to national liberation.