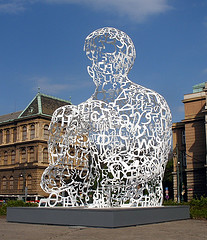 The global financial crisis has catalysed increasing transparency and accountability regarding public finances, say aid experts, which has helped open up disclosures on aid-giving.

Karin Christiansen, director of the NGO Publish What You Fund, told IRIN the financial crisis has brought the issue of transparency much higher up the donor agenda.

“There is a resonance about transparency these days… The pressure is mounting… It is an inevitable trend and it’s happening in other sectors too,” she said, pointing to websites such as usaspending.gov, and wheredoesmymoneygo.org, which respectively track US and UK government spending.

Marc Navarro, monitoring officer at the Spanish aid department’s Catalan agency for development cooperation, told IRIN at an aid transparency conference: “We have a responsibility to be open about any money we use from our citizens, even more so in periods of crisis… Our budget is very small - we need more effort on quality than quantity.” Spain has been hit hard by the global recession.

A number of transparency initiatives are under way. A five-year project to disclose information on the Organisation for Economic Cooperation Development’s non-Development Assistance Committee givers online has just culminated in the launch of aiddata.org which tracked US$4 trillion of giving in 2007.

Iceland, which suffered financial collapse in 2009, halved its aid budget in 2010 but simultaneously opened up its spending decisions to greater scrutiny by being one of the first governments to voluntarily provide and code all the information needed for aiddata. “After the crisis we wanted to focus on our internal workings, effectiveness and transparency,” Iceland development agency representative Borianna Soebach told IRIN.

Germany and Poland are voluntarily disclosing more aid information, according to Christiansen, while the USA will unveil new transparency measures in late 2010. Meanwhile, the World Bank has issued a new information disclosure policy to come into effect in July 2010 which will provide broader, easier-to-access information on the Bank’s activities.

Transparency is also now more often stressed earlier in emergency response, said Christiansen. In the early days following the Haiti earthquake, the UN Development Programme and the government worked together to set up a donor disclosure system.

A long way to go

But there is a long way to go: With the exception of Canada’s information, most Development Assistance Committee development aid reporting (DAC is the principal body through which the OECD deals with issues related to co-operation with developing countries) takes 18 months to go public, according to aiddata head Mike Tierney. Furthermore, non-DAC donors such as China disclose only bits and pieces of information, while other potentially major donors, including Libya, Iran and Russia, disclose no aid statistics at all.

Meanwhile, all reporting donors stress aid committed rather than detailing how and where the aid was spent.

The picture is also skewed because reports of significant private donors such as the Bill and Melinda Gates Foundation are tracked separately.

Some aid analysts fear donors see aid transparency in terms of disclosing more information on their websites, as opposed to providing detailed raw data to third parties, which is required to systematically track it.

Daniel Kaufman, senior fellow at US non-profit the Brookings Institution, says we should not expect too much too soon. “There is a learning curve for any donor,” he told IRIN. “Good governance may not be China’s priority, for instance, but they do care about economic returns on investment, and reputation. Donors have to learn the hard way, and so will China.”

In 10 years time most donors will be posting details of their giving, he predicted.

Christiansen looks forward to an era where donors lead, not follow, the transparency trend. “We need them to lead by systematically pumping the information out so others can start to compare and track it and make sense of things,” she said.

Courtesy of IRIN- humanitarian news and analysis, a project of the UN Office for the Coordination of Humanitarian Affairs. http://www.IRINnews.org/Report.aspx?ReportId=88617