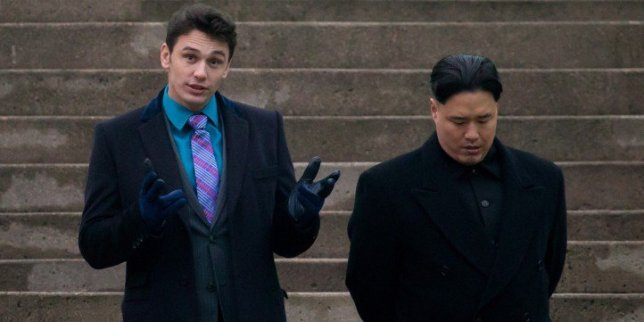 As one cold war thaws, another refreezes.

Cuba and North Korea share a great deal in common. They are both led by dynastic rulers. They retain their nominal affiliation to revolutionary Communism. They suffer under U.S. embargoes that have been in place for decades. And although they registered significant economic and social progress in the 1960s, they have become increasingly impoverished as a result of their isolation from the global economy.

Recently, however, the two countries have struck out in very different directions. Cuba just normalized its diplomatic relations with the United States after months of secret negotiations and a surprise announcement by the Obama administration. North Korea, on the other hand, remains very much on America’s blacklist amid a conflict over a controversial film.

Why has the United States extended an olive branch to an adversary near at hand while continuing to brandish a stick at an adversary halfway around the world?

President Obama promised in his initial campaign in 2008 to sit down with any world leader willing to negotiate in good faith. The track record of this diplomatic offensive has been mixed. The United States has orchestrated an opening to Burma after the military junta there agreed to significant reforms. Negotiations are ongoing with Iran over its nuclear program. But the Obama administration has not invested much political capital in going beyond this short list.

The détente with Cuba has been long in the making. In 2001, thanks to a change in federal trade law, individual states began to send agricultural exports to Cuba. Over $4.6 billion in corn, chicken, and soybeans from states like Georgia and Virginia went to the island through the middle of 2014. In fall 2013, Washington and Havana began negotiations to resume direct mail service.

The rapprochement between the two long-time adversaries began to accelerate for two related reasons. Under Raul Castro, the brother of the country’s first revolutionary leader, Cuba began to liberalize. Economic reforms have included a rehaul of agriculture, the encouragement of small business, and the shrinking of the government sector. The government released political prisoners. For the first time, citizens didn’t need exit visas to leave the country. In the first six months after the law went into effect in January 2013, nearly a quarter of a million people went abroad.

At the same time, public opinion in the United States began to shift in favor of normalizing relations with Cuba. In 2009, 66 percent of Americans in a Washington Post/ABC News pollsupported establishing diplomatic ties with Cuba. Five years later, even more Americans support ending the economic embargo and eliminating all travel restrictions.

In other words, President Obama’s decision to pursue a new era of relations with Cuba responds both to measurable changes on the island and a significant shift over time in U.S. opinion. From a policy point of view, it was a no-brainer. The good offices of Pope Francis and the Canadian government also helped to facilitate negotiations. And the threat of closer Russian-Cuban relations – the two countries reached an agreement in July 2014 to reopen a Soviet-era spy base – added a certain amount of urgency for the Obama administration to alter the geopolitical calculus.

The only significant resistance to this détente comes from within Washington itself. Congress is the ultimate arbiter of the economic embargo, and the Republican Party will soon control both houses. Top Republican leadership, including Florida’s Marco Rubio and Arizona’s John McCain, are dead set against rapprochement, even though better relations with Cuba would translate into more dollars for the business community, a key Republican constituency.

North Korea has been waiting for normalized relations even longer than Cuba. But the country has not embarked on any significant liberalization. Nor is there a strong constituency in the United States in favor of changing the status quo with North Korea. The only thing North Korea has going for it, in fact, is its nuclear program, which it has used as bait to keep the United States interested in negotiations.

For most Americans, alas, North Korea remains an object of ridicule. Over the years it has been a safe target for comedians and filmmakers. The most recent effort, The Interview, offers Seth Rogen and James Franco as dim-witted Americans recruited by the CIA to assassinate Kim Jong-Eun. The film pokes as much fun at Americans as it does at North Koreans, but Pyongyang is understandably upset at an “entertainment” that depicts the murder on screen of its current leader. Imagine if a Cuban comedy depicted the assassination of President Obama: relations between the two countries would experience an immediate freeze.

The U.S. government has pointed the finger at North Korea for instigating a recent hack against Sony Pictures as well as death threats that forced an initial cancellation of the film’s debut. The Obama administration also promised a “proportional response” against Pyongyang, which may have already happened when North Korea’s limited Internet mysteriously went down last week.

But the evidence the FBI has presented against North Korea is rather tenuous. The hackers could have come from anywhere. They might not even sympathize with North Korea but deliberately made it seem as if the country were responsible. The initial threatening email from the hackers to Sony didn’t even mention The Interview, and a subsequent message to a reporter ended in a Korean phrase that contained obvious errors.

Hackers love to fool people. Somewhere someone might be rolling on the floor laughing out loud that they managed to prank both North Korea and the United States.

North Korea, meanwhile, denies responsibility, wants to clear its name, and has proposed to participate in a joint investigation. The Obama administration isn’t going to follow the Cuba example and recognize Pyongyang any time soon. Nor will it lift the economic embargo or even negotiate with North Korea. North Korea isn’t Cuba. But Washington would be wise to stop brandishing a stick at Pyongyang, particularly when the evidence of its crime is so flimsy. A cold peace with North Korea is not as good as détente, but it’s still better than war.

John Feffer is the director of Foreign Policy In Focus.