Home > English > NEWS AND ANALYSIS > Alan Dershowitz: BDS a Strategic Threat to Israel in the Long (...) 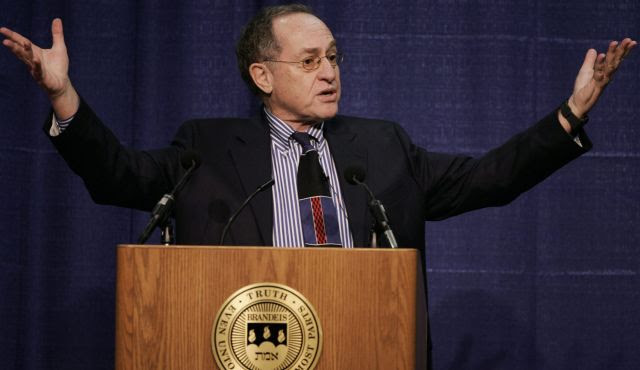 Alan Dershowitz: BDS a Strategic Threat to Israel in the Long Term

One of Israel’s staunchest defenders abroad on Tuesday warned that the Boycott, Divestment and Sanction movement could pose a strategic threat to the country in the future.

Speaking at the annual Herzliya Conference, Harvard University Law Professor Alan Dershowitz said the danger of the boycott was that it was turning a new generation of future American leaders against Israel. “I think that anything that diminishes American popular support for Israel poses a security threat,” he said.

Based on his observations of trends on campuses around the United States, Dershowitz said that the boycott movement was gaining momentum chiefly among undergraduate students and graduate students in the social sciences, but was having no impact, as far as he could see, on students in the hard sciences and in professional programs, such as law, medicine and business.

At a special session devoted to the boycott movement, Dershowitz argued that its main effect in the short term had been to stall the peace process.

“I think what it does is it disincentivizes Palestinians to aggressively seek peace now,” he said. “I think it sends a powerful message to the Palestinian leadership – and this has been conveyed to me personally by two Palestinian leaders at the very very top – that we can get a better deal if the BDS movement catches on.”

Dershowitz said he feared that the boycott movement had become so entrenched that even if Israelis and Palestinians were to strike a peace deal, its supporters would not back down.

“I do think that a combination of factors – the occupation, the settlements – were the cause of it, but the BDS movement now questions the legitimacy of Israel’s very existence,” he said. “My great fear is that tomorrow, if Israel were to end most of the settlements and make peace, the BDS movement might be weakened a little bit in some parts of the United States. But I don’t think it would have any impact in Europe. I don’t think it would have any impact on the hard hard left. I think that they have become so wedded to Israel’s demonization and delegitimization that nothing Israel does can change that effectively today.”

Also sitting on the panel was Dr. Shavit Matias, a former deputy attorney general for international affairs, who challenged this contention, saying she believed only extremists would continue to support the boycott in the event of a peace agreement.

“For large numbers of followers of the BDS movement – the students, the diplomats, the international institutions who are influenced by the rhetoric – they look at the occupation, they look at the status of the Palestinians and that is what turns their hearts against us many times,” said Shavit, currently a research fellow at the Hoover Institution at Stanford University.