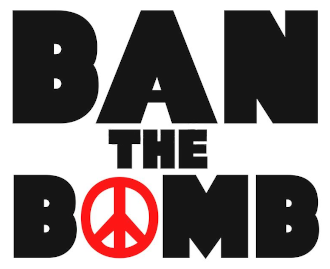 Why Peace and Disarmament Are at the Heart of Nonalignment

As our world spirals toward the catastrophe of nuclear war, there has never been a greater need for a new global balancing, a rejection of great power war, exploitation, and aggression. Now more than ever, we need to reject the brutal unipolar agenda of the United States, the dividing up of the world between hostile powers, and the suppression of the rights of the many in the interests of the few. Nowhere is this clearer than the possession of nuclear weapons: only nine states possess these ultimate weapons of mass destruction, yet they can hold the rest of the world to ransom with their nuclear terror.

The struggle for a genuinely multipolar world, aligned only with the world’s people, not military blocs, has peace and disarmament at its heart: this is as true now as it was 60 years ago when the Non-Aligned Movement (NAM) was founded. As well as opposition to colonization and economic subjection, those founding the movement championed self-determination and equality in states’ relations, and they also agreed on their opposition to military blocs, their commitment to world peace, and a very strong advocacy of global nuclear disarmament. That thread has remained a constant ever since, and today we continue to see the countries of the Global South leading global disarmament initiatives.

Virtually the entire Global South is self-organized into internationally recognized nuclear-weapons-free zones, originating in the 1960s. In 1968, a nuclear-weapons-free zone was established by 20 countries in Latin America, renouncing the acquisition and siting of nuclear weapons on their territories. Signatories to this treaty, the Treaty of Tlatelolco, also agreed to International Atomic Energy Agency (IAEA) jurisdiction over their nuclear power facilities. In return, nuclear weapons states agreed not to use or threaten to use nuclear weapons against any of the signatory states. The Treaty of Rarotonga was signed in 1985, and prohibited nuclear explosive devices in the South Pacific, as well as banning the testing and use of nuclear explosive technologies. The African nuclear-weapons-free zone was formalized in 1996 by the signing of the Treaty of Pelindaba, following the disarmament by South Africa of its apartheid-era nuclear weapons.

There has been strong regional development in disarmament, led by the Global South, but there have also been – and continue to be – global attempts made too. The Nuclear Non-Proliferation Treaty (NPT), negotiated during the 1960s, which came into force in 1970, was in large part initiated by India, to bring proliferation and spiraling arsenals under control. India and Pakistan both declined to join the NPT, asserting that it enshrined nuclear haves and have-nots in law – a two-tier, double standards system. Regrettably, they both went on to test and develop their own arsenals. But the point was correct – nuclear weapons states did not comply with their NPT obligations to disarm. Indeed, they have subsequently attempted to reinterpret the NPT as allowing them to retain nuclear weapons.

In the early years of the 21st century, in the context of the so-called “war on terror,” US President George W. Bush and UK Prime Minister Tony Blair attempted to shift the international legal framework governing nuclear weapons. They tried to overturn the disarmament requirement, focusing on preventing more countries from acquiring nuclear weapons. Their goal was to reinterpret the NPT as legitimizing the possession of weapons by existing nuclear states, while using it as the justification for confrontation with states accused of proliferation. They claimed that a new document was needed to reflect the drastic changes in international security conditions, including the September 11 attacks in 2001.

The reality was that the US and UK were researching new weapons and would be prepared to use them even against a non-nuclear-weapons state, as well as developing weapons for confrontation with more powerful states such as Russia or China. This was the real driver of nuclear proliferation, together with the US determination to make Israel the only nuclear weapons state in the Middle East.

It was frustration with the NPT that led to the founding of the Humanitarian Initiative on the consequences of nuclear weapons in 2013. This initiative came to fruition in the form of the Treaty on the Prohibition of Nuclear Weapons (TPNW), which entered into force in January 2021.

The treaty makes nuclear weapons illegal for the first time, outlawing the development, possession, and deployment of nuclear weapons by participating states. The treaty currently has 61 states parties that are legally bound by the treaty, and many more that are in the process of coming on board. The countries of the Global South are at the forefront of achieving this treaty; they understand any nuclear weapons use by states in the Global North will disastrously affect their own populations, lands, and food production. As has always been their position, any possession of nuclear weapons is unacceptable; no hands are safe hands when it comes to nuclear weapons.

In a remarkable development, the treaty also places obligations on signatories to assist victims of nuclear weapons use and testing. It requires environmental remediation for lands contaminated by nuclear testing. It also explicitly recognizes the disproportionate impact of nuclear weapon activities on Indigenous peoples, because of the choices made by colonial nuclear powers for their testing sites. For example, many of the UK tests were conducted on the Australian First People’s territories in Emu Field and Maralinga, contaminating large parts of South Australia. France conducted nuclear tests in its former colonies, including 17 in Algeria and 193 in French Polynesia. These historic wrongs must be righted.

The initiatives of the global majority for peace and disarmament show that another world is possible. War is terrible. In all wars, people suffer, and war’s consequences last for generations. Countless people’s futures are destroyed, as we see in Ukraine, Afghanistan, Palestine, Yemen, Libya, Syria, Iraq, and the Sahel. The priorities of humanity are the fight against inequality and poverty, tackling the climate crisis, and expanding access to health and vaccines. Massive spending by states on military production and destruction is a criminal waste of resources. Military alliances do not solve our problems, but dialogue, demilitarization, and international cooperation do.

This article was produced by Morning Star and Globetrotter.

Kate Hudson has been General Secretary of Campaign for Nuclear Disarmament (CND) since September 2010. Prior to this she served as the organisation’s Chair from 2003. She is a leading anti-nuclear and anti-war campaigner nationally and internationally.