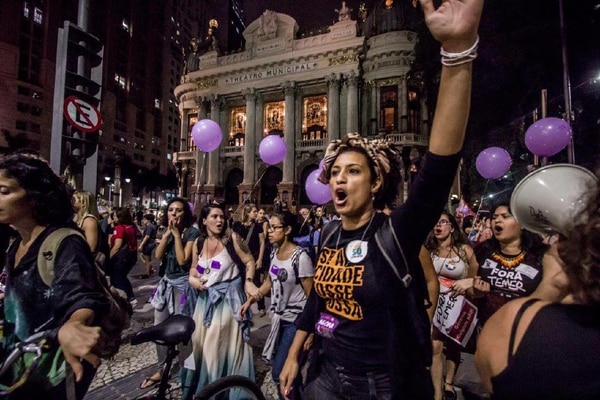 We Condemn the Murder of Feminist Marielle Franco in Brazil

Development Alternatives with Women for a New Era (DAWN) expresses condemnation against the assassination of the black feminist Marielle Franco, councilor from Rio de Janeiro, who had denounced police brutality in the favelas of Rio in the face of the growing militarization of the city. We demand truth and justice!

Marielle Franco, a 38-year-old sociologist, elected officer of Rio de Janeiro and advocate of the rights of Afro-descendant women and marginalized populations, was murdered yesterday while returning from a activity in support of Brazilian black women.

Marielle, who was the fifth most voted councilwoman in the 2016 elections, had opposed the militarization of the city of Rio de Janeiro, decreed a month ago by de facto president Michel Temer. She had used social networks to denounce police repression and violation of rights against the people of the favelas (marginalized neighbourhoods). Two weeks prior, she had been appointed to a commission of the Chamber of Councilors of Rio to monitor the performance of military troops in the city.

Her murder adds to the painful list of women human rights defenders who are murdered by the capitalist and patriarchal system, which tries to maintain itself using violence.

Our network joins the voices that demand a genuine and efficient investigation by the Brazilian authorities and that exemplary justice be done.

We reaffirm our commitment to continue the fight, motivated by the memory of their legacy.