Home > English > NEWS AND ANALYSIS > Waging War is not a Right 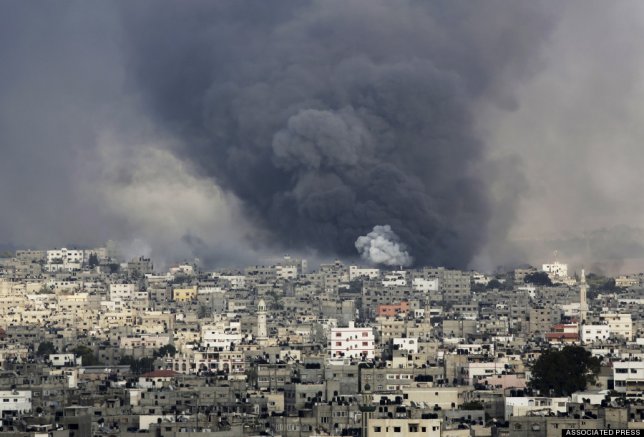 Waging War is not a Right

We, as artists committed to social justice, respect for human life and world-peace, and in a resolute opposition to war, violence and destruction – oppose the war in Gaza and invite dialogue for achieving a just peace for all.

Israel, the world’s fourth largest military power has unleashed military aggression against the occupied Palestinian people, particularly those in besieged Gaza, one of the most deprived and overcrowded territories. The Israeli military aggression has caused scores of deaths, injuries, destruction of homes, hospitals and civilian infrastructure.

This is the 3rd full-scale armed onslaught by Israel in five years. Anyone older than 6 years has already lived through their third military assault by Israel.

According to UN Office for the Coordination of Humanitarian Affairs (OCHA), as of July 24, 755 Gaza civilians including 170 children and 87 women have been killed. A total of 3994 Gaza citizens have been injured of which 1500 are children. Unknown numbers are still buried under the rubble and the death toll is mounting. On the Israeli side, 37 soldiers and 3 civilians have been killed. As we write this document, more lives are being lost, hospitals bombed and homes destroyed by this military aggression. Ordinary people on both sides are psychologically traumatized and living under fear.

More than 60,000 Gaza civilians were ordered to leave their homes who had nowhere to go as Gaza has been under Israeli blockade since 2006 and has been under constant air and ground attack. Since the start of this war 140,000 people have been displaced to UN shelters. Gaza has become the world’s largest open-air prison.

Renowned philosopher Noam Chomsky has described the situation as follows, “Israel uses sophisticated attack jets and naval vessels to bomb densely-crowded refugee camps, schools, apartment blocks, mosques and slums to attack a population that has no air-force, no air-defense, no navy, no heavy weapon, no artillery units, not mechanized armor, no command in control, no army and calls it a war. It is no war, it is murder.”

We, the undersigned, denounce the military onslaught on civilians in Gaza under the guise of punishing terrorists while, in fact it is the innocent people including women and children that are being killed. We denounce US support to Israel as the biggest arms- supplier clearly sanctioning Israel’s military aggression, and the maintenance of occupation, colonization and systematic denial of Palestinian rights.

We denounce all governments engaged in arms trade with Israel.

We denounce the perversity of Israeli propaganda using terms like “right to exist or self- defense” designed to create a campaign of collective punishment executed in the form of militarized massacre of innocent Palestinians. We deplore Israel’s erroneous use of the word “anti-Semitism” to suppress any debate of its actions

We denounce the Harper government that has blindly supported Israel’s military assault against Gaza, whose border, coastal waters, resources, airspace and power supply still are under illegal Israeli control despite the removal of settlements and bases.

We denounce the willful blindness of mainstream media that perpetuates the impression that conflict starts with Palestinian resistance and not with the illegal occupation since 1948.

Palestinians of Gaza are an occupied people. Most of the 1.8 million Palestinians enduring continuous bombardment in Gaza are themselves refugees or their descendants, who were driven out when Israel was established. These people have the right to return and the right to resist and hence we support the people of Gaza in their resistence against this cruel aggression.

We support people of Israel who have opposed military action and we declare governments of countries that didn’t oppose war complacent in carrying out the massacre. We call on the UN and governments across the world to take immediate steps to implement a comprehensive and legally binding military embargo on Israel, similar to that imposed on South Africa during apartheid.

We declare no bias and no association with Hamas.