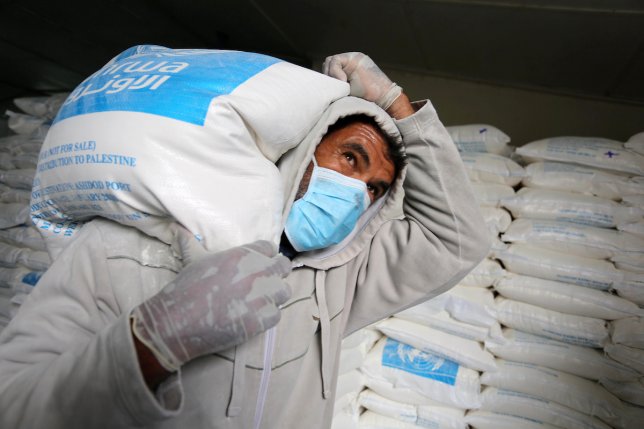 Friday 1 May 2020, by Bram Wispelwey and Amaya Al-Orzza

At nearly 18 per cent officially, and probably higher, the prevalence of diabetes among Palestinian refugees in the West Bank is one of the highest in the world. The official rate in Gaza is 16 per cent. Among adult citizens of Israel, it’s 7.2 per cent. The disease suppresses the immune system, among other complications, and can spiral dangerously out of control when combined with an infection, such as the coronavirus that causes Covid-19. Diabetic patients with Covid-19 in China had a 1 in 14 chance of dying, more than triple that of the general population.

Decades of living in overcrowded refugee camps and a rapid transition to cheap and readily available high calorie foods, in part a result of the neoliberal economic changes that came with the Oslo Accords, have led to an explosive increase in obesity and diabetes among Palestinians. As in other parts of the world, the prevalence of the disease is linked to land dispossession, structural violence, colonial domination and oppression. In the United States, diabetes is nearly twice as common in the Indigenous and African American populations as it is among non-Hispanic whites. Other examples from around the world confirm the connection between historical oppression and chronic diseases.

Israel’s military occupation, and a neocolonial aid regime with ever tightening donor restrictions, have contributed to a fragmented and underfunded health system that makes Palestinians more susceptible to a pandemic. With some of the highest population densities in the world, social distancing in refugee camps is nearly impossible. There are fewer than 120 ventilators in public hospitals for the 3.2 million people in the West Bank, and only 65 ICU beds for the two million in Gaza, of which 26 are available for Covid-19 patients. The toll of an outbreak would be catastrophic if it reached the scale currently seen in Europe and the US.

Despite the urgency of the situation, the response from accountable bodies has been anaemic at best and at worst openly hostile. Israel, as the occupying power, has a responsibility to ensure the adequate provision of medical supplies and the proper functioning of hospitals and health services in the occupied territory. The Israeli government and Palestinian security services announced that they would co-operate for the pandemic, but the actions on the ground tell a different story. Israeli occupying forces have confiscated building materials for a Palestinian field clinic, shut down a Covid-19 testing facility in East Jerusalem, and intensified the military securitisation of the West Bank, including the complete blockading of Bethlehem following a Covid-19 outbreak in early March.

The international community has responded largely with silence. Israeli and Egyptian closures and restrictions make it almost impossible for UNRWA, the UN agency responsible for the wellbeing of Palestinian refugees, to provide proper medical services during the Covid-19 crisis. Earlier this month it was forced to suspend food aid to Gaza and cannot service refugee camps in Bethlehem properly because of the lockdown. Qatar announced the provision of $150 million in humanitarian aid to Gaza at the end of March, but the Strip has run out of testing kits and Western states have failed either to provide meaningful support or to challenge Israeli restrictions.

Palestinians in camps have therefore resorted to community-based responses to protect themselves. Popular Committees and local organisations have taken the lead, and in some cases employees have donated their salaries to cover the costs of campwide Covid-19 prevention measures. In Aida and Azza refugee camps in Bethlehem, young refugees trained as community health workers (CHWs) to fight the diabetes epidemic have now organised themselves in response to Covid-19.

This type of frontline health action – community members with no formal clinical qualification who are rapidly hired, trained and equipped to tackle the threat – has proven effective in other epidemics. With lessons learned from the Ebola outbreak, CHWs are active around the world, especially in countries with doctor and nurse shortages. They promote social distancing, the early detection of cases and contact tracing, and help with patient testing and care when symptoms develop. Working under the occupation, the CHWs in Aida and Azza have produced a video and pamphlets detailing ways to minimise the risk of contracting Covid-19. They call their patients daily and arrange for the safe delivery of life-saving diabetes medication.

These young refugees are demonstrating the ingenuity and steadfastness that has kept Palestinian dreams of a better future alive for decades, despite constant setbacks and a crushing military occupation. They require urgent support to maintain stocks of personal protective equipment and perform effective crisis management, but we mustn’t lose sight of the underlying conditions that have placed Palestinians at such risk from a pandemic. Covid-19 makes clear that the health of Palestinians is intrinsically linked to their liberation. Any successful intervention will have to focus on supporting and strengthening existing community-led initiatives, while working to end the root causes of poor health: military occupation, land dispossession, discrimination, and denial of reparations.