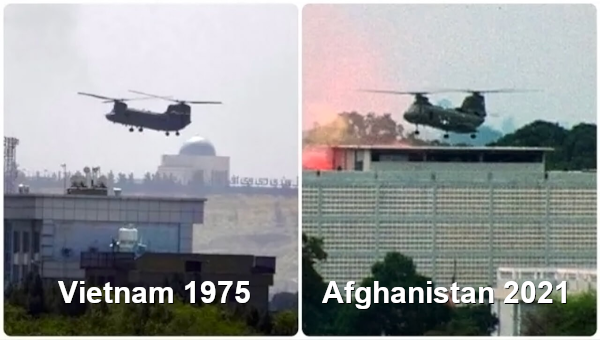 Twenty Years of the Afghanistan Occupation Ends: A New Phase of Struggle Begins

In 2007, I travelled throughout Afghanistan with an Afghan-Canadian research partner,(1) and we asked more than one hundred Afghans: What do you think about the international intervention in Afghanistan? It was as evident then as it has been proven now that a critical mass of Afghans perceived the invasion and occupation of Afghanistan as illegitimate, unnecessary, and serving the interests of the occupying forces. Although the interests of some privileged Afghans were served by the US led occupation, many Afghans wanted the occupation to end even if a withdrawal of US and NATO forces could likely result in Taliban forces retaking control of the government. Many of the Afghans told us that ending warfare was preferable to the continued violence of occupation.

The mythology of invading Afghanistan to liberate Afghan women and girls obfuscated the reality that the US-led occupation force used the warlords of the United Islamic Front for the Salvation of Afghanistan to oust the Taliban, and these same warlords would later provide a substantive portion of the leadership of the occupation regime. The United Islamic Front moniker was translated into English as the Northern Alliance to make the warlords more palatable to those in the West who would be appalled by the misogyny and the brutality of their war crimes and regressive adherence to Islamic law.

In reality, the warlords of the United Islamic Front differ little from the Taliban leaders. Apostasy, homosexuality, and adultery, among a litany of other “crimes”, remained punishable by death or severe violent punishment in the “reformed” Islamic laws of the US-and-NATO-backed Islamic Republic of Afghanistan. Although rarely reported in Western media, US State Department reports throughout the occupation confirm numerous cases of Afghans charged, detained, and punished under these regressive laws.

Concern for the Future

We all must be concerned for the future welfare of Afghans, especially Afghan women and girls, and be prepared to hold Taliban leaders to account for any possible crimes against humanity they may commit. However, considering that the members of the US-led coalition, including Canada, handsomely rewarded brutal warlords of the United Islamic Front, such as Rashid Dostum and Ismail Khan, and continued to rely on their militias to maintain the occupation, I can only assume many Afghans may remain sceptical of support coming from their former occupiers.

Despite the handwringing evident in most news reports about the bleak future for Afghans, I do see a glimmer of hope for the future. The rapid Taliban takeover, while distressing, was inevitable; that it occurred rapidly with little opposition from government forces is positive in that it may quickly end the horrific warfare that has affected generations of Afghans.

Home-Grown Resistance to the Taliban

I am hopeful when I remember that leaders of various Afghan socialist organizations told me that, despite their antithetical ideals, they grudgingly supported the regressive forces of the Taliban in opposition to the US/NATO occupation. Nonetheless, these leaders were clear that on day one of the end of foreign occupation their resistance would focus on the Taliban.

I am also hopeful remembering that leaders of various Afghan women’s groups told me that once warfare ended, they could refocus their resistance against the Taliban. Afghan Women’s Rights activists stressed that, confronted by the violence of the occupation, their primary concerns of securing shelter, food, and water completely consumed their time and energy. If the Taliban regime does bring a respite from warfare, if not actual positive peace, these Women’s Rights activists will immediately refocus on resisting the Taliban.

Some Women’s Rights Activists pointed to Iran as an example where a brutally repressive misogynistic regime seized power. Within a generation, Iranian women, on their own and without foreign aid, opened political space themselves to claim their rights to education and participation in society. Compare, for example, the current rights of Iranian women who are today fully engaged in Iranian society to the plight of Saudi women, despite, or more likely because of, the massive amount of Western support for the Saudi regime.

Despite the rhetoric of Western media hype that highlighted the benefits enjoyed by a few privileged Afghans, twenty years of occupation and warfare stalled progress for many more Afghan women and girls. I’m hopeful their energies will now be directed to resisting misogyny and opening up political space for themselves as their Iranian sisters did.

(1) I would like to acknowledge the work and friendship of my Afghan-Canadian research partner and the many Afghans who assisted or participated in our research, but they must remain anonymous out of concern for their safety. Many of the ‘dispatches’ are published here.

Michael Skinner was formerly a Researcher at the York Centre for International and Security Studies at York University Toronto and a member of the Afghanistan Canada Research Group. He conducted research in Afghanistan from 2007 to 2011. Skinner authored numerous journalism articles, academic papers, government reports, and contributed chapters to four anthologies including Empire’s Ally: Canada and the War in Afghanistan. In 2013, Mike Skinner left behind the precariousness of contract academic work to return to his slightly less precarious business as a full-time musician. He blogs at Michael Skinner Research.