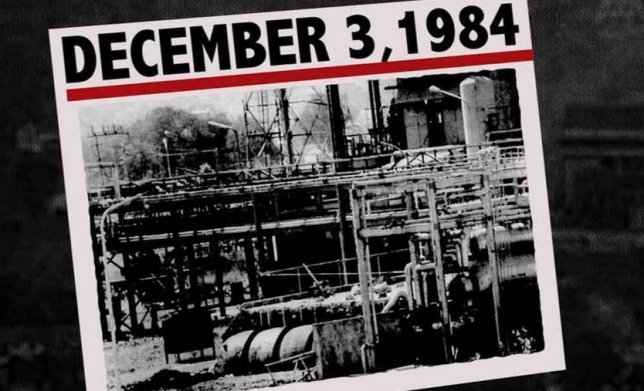 The cusp between Dec 2nd and 3rd marks the 36th anniversary of the Bhopal Disaster that occurred at the Union Carbide pesticide factory in the city of Bhopal, India. Tanks containing 40 tonnes of deadly methyl isocyanate (MIC) exploded and cloaked the city in poisonous gas, claiming over 3,500 lives overnight and 50,000 lives and counting to date. Over half a million people suffered severe injuries and thousands of survivors continue to suffer from diseases as yet undiagnosed by medical science.

Today, people around the world remember the Bhopal disaster as they live through the COVID-19 pandemic that, in a span of 8 months, has claimed over 1.3 million lives, with the death toll rising day by day.

While very different in source, the nature and effect, Bhopal disaster and the pandemic are so similar that they must be examined together.

The Bhopal disaster was a willful act of corporate complicity followed by habitual denials of responsibility and retribution. In contrast COVID-19 is a human tragedy and there has been an international effort to find a vaccine against it. However, the international efforts have not stopped certain heads of state, namely Donald Trump in the US, Jair Bolsonaro in Brazil, and Narendra Modi in India, from acting like heartless maniacs.

In the face of over 252,000 deaths and 11.8 million infections in the US, Trump chooses political clout over public safety, accusing doctors of inflating the death count. Jair Bolsonaro dismissed COVID-19 as “a little flu” as COVID tore through the favelas. And on his part, Mr. Modi, said it was “not a health emergency”, later correcting himself, calling for “social distancing” and a day of “people’s curfew”; and asking people to come out on their balconies, bang bells and pots and pans to salute health workers. While his followers did so, his party cadres took out pot-banging processions and jumped into heaps of cow-dung and threw cow-urine drinking parties as prevention against the pandemic. Worse still, Mr. Modi didn’t hesitate from turning the pandemic into an anti-Muslim campaign.

More than three-quarters of people who died of COVID-19 pandemic in Bhopal were survivors of the poisonous MIC gas they were exposed to 36 years ago. Most of them live in shantytowns and have compromised immune systems and long-term pulmonary diseases.

Bhopal resident Irfan Ali who survived MIC disaster in 1984 mirrors life of many. Irfan Ali, who worked at the Union Carbide factory, used to return home in pain with burning eyes, persistent cough, and respiratory discomfort. He would cry from the pain caused by working under hazardous conditions at the Carbide factory. But the next day, he would report to work because the family had to live, and Irfan Ali was the only earning member. His gallant action, while supporting his family, also exposed him to a large quantity of poisonous MIC every day at the Carbide factory. He developed life-long pulmonary disease, diabetes, and multiple other ailments. Irfan Ali who somehow survived MIC for 35 years, died of COVID-19 in 2020. His immune system, compromised from MIC, could not withstand the virus.

His death is a clear example of how the pandemic exposes and exploits inequalities impacting the poor posing the highest risk to the health and economic well-being of the most vulnerable that are least able to cope with it. The popular narrative states that capitalist development alleviates economies and lifts the poor out of poverty. The pandemic has demonstrated the opposite is true. Peoples’ ability to withstand the pandemic depends on elimination of inequalities across class, gender, and race.

The consequences of Bhopal disaster are gendered. Many young girls who survived the MIC explosion are grown women today and giving birth to horribly deformed babies. The ability of these women survivors to care for their children and families is severely compromised by inequalities and economic downturn accompanying the pandemic. Now, they have to live on low paying jobs without benefits as domestic workers, casual labourers, street vendors, and caregivers, wearing masks made from rags and old fabric, risking their health so their families can live.

Clearly, the pandemic of 2020 has a distinctly female face, as had the Bhopal disaster of 1984.

With so many criminally underpaid essential service providers dying and feeling exhausted, the virus is making it clear that the status and health of the poor will inevitably affect the capital and health of the wealthy and upper classes. Pandemic is telling us that no one is safe until all are safe, and no one will be safe if all are not equal, monetarily and socially.

Industrial disasters, famines, drought, soil erosion, pandemics and climate catastrophes are a direct outcome of capitalist accumulation of wealth for the upper classes leaving ordinary working-classes in poverty, and poor health. To prevent this from happening is an urgent need, but the greater need is to dismantle the system that produces such disasters and inequalities.

Eradicating inequalities is an act of justice.