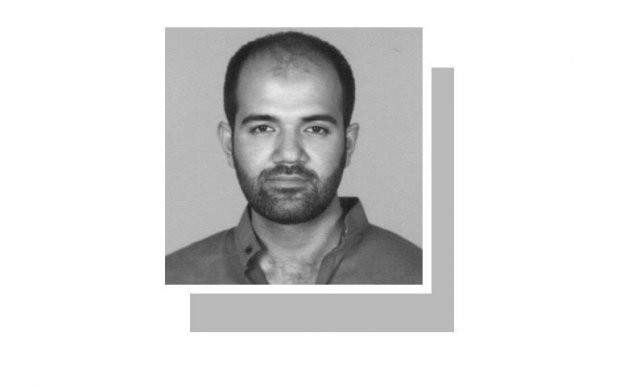 WHEN I insist before my students that they are part of the ‘Zia generation’, some of them cringe. But it is true. Ours is a country in which the vast majority of the population — there are approximately 120 million Pakistanis under the age of 30 — was born into a society that had been transformed by 11 years of brutal dictatorship.

Religion has been instrumentalised by all of Pakistan’s rulers — even before the inception of the country. But the Zia years marked a politicisation of religion without precedent. The ‘Zia generation’ grew up in a heavily ‘Islamised’ world in which most progressive traditions were pushed completely to the margins of society.

When the events of 9/11 forced Pakistani officialdom to publicly renege on its long-term policy of patronising religiously inspired militancy, the societal contradictions to which this policy had given rise were laid bare. Hatred and (structural) violence is today commonplace. Mashal Khan’s brutal lynching at the hands of his fellow students was only the latest example of how pervasive Zia’s legacy is.

On the surface, responses have been consistent across the mainstream political spectrum. Everyone from the opposition parties to the prime minister to the chief justice added to the consensus that the lynching was intolerable. The religious right has been less forthcoming, but that is hardly surprising. Indeed, I think the conservative lobby on the whole is quite content with the state of affairs.

Mashal’s killers were not indoctrinated madressah students who too many of us love to blame exclusively for being ‘terrorism’s’ foot-soldiers. The mob was made up of youth educated in public (and possibly some private) schools. They are ‘ordinary’ kids whose minds have been shaped by their school curricula, the media, the home and other ‘ordinary’ sites of social learning.

In short, they are at least somewhat representative of a significant majority of the 120m young people mentioned at the outset.

Yes, Mashal was also from amongst this demographic, and the fact that there are many Mashals across the country is cause for cautious optimism. But that is only a very small silver lining because the bigots have the power of a hegemonic discourse on their side.

Which is to say that most of this country’s young people are at best highly conservative, and at worst downright reactionary (and here I mean mostly boys and young men but murder in broad daylight by three sisters in Sialkot confirms that the virus of bigotry has spread across the gender divide).

It may be hard to accept but it is absolutely essential that we come to terms with this reality, because without recognition of the scale of the crisis we face, we have no chance of mounting a sustained effort to build a more progressive future.

For the best part of 15 years, collective ‘wisdom’ has hinged on short cuts to address the phenomenon of ‘terrorism’. The evidence makes clear that countless military operations and convictions in military courts have done little to reduce the ideological appeal of political Islam. In fact it can be reasonably argued that the prevailing approach has actually reinforced rather than helped ease society’s internal contradictions.

The fact that no explicit steps have been taken to understand and then address the institutional settings in which young minds are shaped is damning. Mashal’s lynching understandably precipitated calls for ‘exemplary justice’ to be meted out to the immediate perpetrators. But will everyone who was part of the mob be caught and tried? More importantly, what of the millions who celebrated the killing from a distance as a great victory? Is there any way we can round up all of them?

The answer, of course, is no, we cannot. We cannot drop bombs on destructive ideas. We can only confront such ideas with other ideas that are inclusive and tolerant, even while they challenge orthodoxies. It is through our curriculum, on the media, in our homes and workplaces and in many other settings that ideas are propagated in society. The propagation of ideas that killed Mashal has been deliberately facilitated by the state for decades. If anyone is serious about bringing ‘Zia’s generation’ back from the precipice, progressive ideas must be allowed to proliferate in place of destructive ones.

Perhaps the cruellest irony of the Mashal murder is that it took place in a university bearing the name of a son of Badshah Khan, the great Pakhtun nationalist whose entire political philosophy was based on non-violence. That students in such a setting can so effortlessly resort to violence against a peer whose crime was to disassociate with his own upbringing as a member of the ‘Zia generation’ is an indication of the long fight we must wage if we want this and subsequent generations of young people to emerge from the abyss that is right-wing bigotry.