Home > English > NEWS AND ANALYSIS > The Sangh’s Ideology Against Federalism Underlies the Centre’s Move in (...) 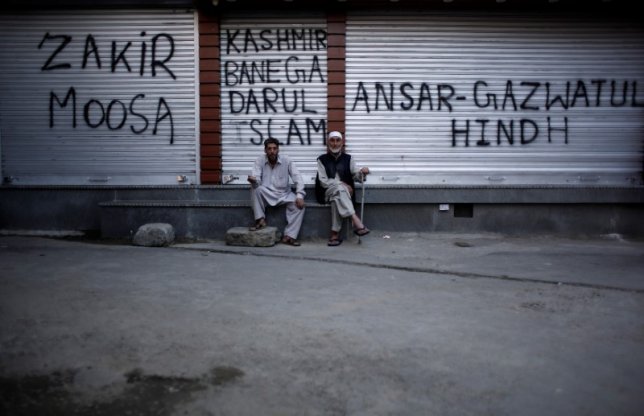 Excessive emphasis on the constitutionality of the move is deflecting attention away from the ideology that is the driving force behind this decision.

There are two fairly distinct ways of contesting the Bharatiya Janata Party-led National Democratic Alliance government’s decision to alter the status of Jammu and Kashmir. One is to examine the constitutionality and legality of the decision, and the other is to identify the ideology that is the driving force behind this decision.

It was evident from Union home minister Amit Shah’s remarks while introducing the Bill in parliament that the government was aware of the constitutional challenge and was prepared for a legal fight.

Though it is very tempting to indulge in speculation regarding the verdict that the Supreme Court might give, excessive emphasis on the constitutionality of the move by some critics is deflecting attention away from a more fundamental aspect of the issue – namely the ideology behind the ruling dispensation’s move and its possible implications.

The government agenda can be understood only by unearthing the ideological roots behind this government’s decision which will have a huge bearing on India’s future. Before Partition, two potential visions of an independent India were in circulation – one that favoured decentralisation and one that championed centralisation.

The concept of a decentralised India envisioned a coordinating centre but with substantial powers devolved to the regions of the country. This vision was articulated in the Cabinet Mission proposals in 1946 and was based on an understanding that the India that the British had constructed, after completing their colonial takeover in 1857, was a large territorial space.

This geographical entity was inhabited by a population that was overwhelmingly diverse – religiously, linguistically, ethnically and culturally. The form of governance appropriate for such a diverse populace logically seemed to be the one that recognised and allowed flexibilities to accommodate those diversities.

This decentralist vision of accommodation did not succeed because, of the several fault lines that existed in this diverse geographical space, the religious one proved to be the most overpowering. It led to the partition of this entity into the two nation-states of India and Pakistan.

Both, at some level, appeared to be false creations of unity as well as promises of new experiments of governance through accommodation. That promise was soon debunked in the case of Pakistan when the linguistic fault line within the entity, created on religious grounds, split the country and gave birth to a Bengali speaking Bangladesh in 1971.

After India was partitioned along religious lines in 1947, the pendulum in the minds of the Indian political leadership swung drastically towards centralisation and away from the vision of decentralisation. The ideological construct of India as a unitary nation or a slightly less drastic idea of ‘India as a nation in the making’ started getting prominence.

This centralising vision, which was an antithesis of the earlier conception that recognised and celebrated diversities, became the key feature in the drafting of the Indian constitution and the political culture of governance. It was a case of a centralised superstructure constructed over a base that consisted of multiple diversities.

So terrified was Jawaharlal Nehru, the first prime minister of India, of these diversities undoing his project of constructing one unified Indian nationhood that he at first opposed the linguistic reorganisation of India that had been promised by the Congress party before Indian independence.

Yet, as someone who valued democratic values that were still hegemonic then in Indian politics, he swallowed the bitter pill. He reserved his most dogged opposition for the creation of a Punjabi speaking state to the extent that it was only his death that prompted conditions for the creation of Punjab in 1966. For Nehru, it was this ideological obsession with centralisation as the key to Indian nationhood that fed his opposition to the linguistic reorganisation of states.

The Jan Sangh – the present-day BJP’s ideological predecessor – was always opposed to the reorganisation of states on linguistic basis on the grounds that recognising these diversities posed a threat to the creation of one unified Indian nationhood.

It is this ideological mindset that led the Jan Sangh to oppose the special status of Jammu and Kashmir from the very beginning, which Nehru had agreed to under historical compulsions. The current BJP-led government is advancing the Jan Sangh’s ideological agenda.

There are several differences between the Congress and the BJP but there is one strong ideological affinity between the two i.e. both view centralisation as the key for making one unified Indian nation even if conceptions of that nationhood differ. I

Given the narratives of Indian nationalist historiography, it will require a massive degree of unlearning and relearning to acknowledge that India is a land of multiple nationalities, and that peace and sustainable development requires not an overcentralised form of governance dictated by a hyper-nationalist ideology but a federal form of accommodative governance in which special status for some parts of the federal entity is compatible with all nationalities living together with consent and not out of coercion.

It is only this vision that has the moral and intellectual power to question the BJP’s centralising agenda and the wavering elements within the Congress and other smaller parties which have supported the BJP-led government’s move to strip Jammu and Kashmir of its special status and indeed its position as a full-fledged state of the Indian Union.

Pritam Singh is a visiting scholar at Wolfson College, University of Oxford, and the author of Federalism, Nationalism and Development.