Home > English > NEWS AND ANALYSIS > The OHCHR Report on Kashmir: Will India Succeed in Blocking Discussions on (...) 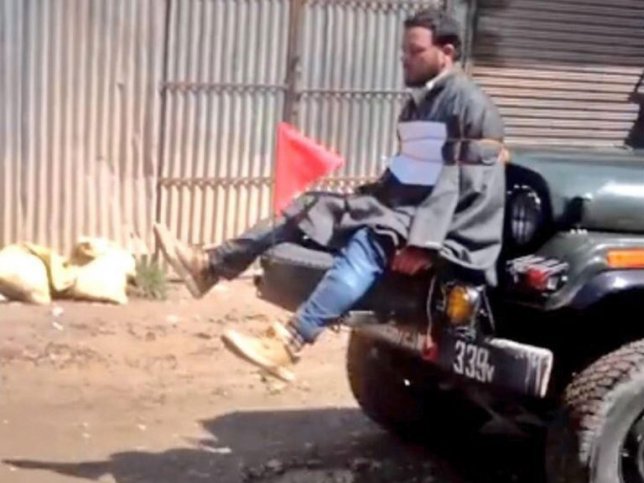 The OHCHR Report on Kashmir: Will India Succeed in Blocking Discussions on the Report in Geneva?

The United Nations, Office of the High Commissioner for Human Rights (OHCHR), on June 14 published “Report on the Situation of Human Rights in Kashmir: Developments in the Indian State of Jammu and Kashmir from June 2016 to April 2018”. This is the first such report on Jammu and Kashmir by the UN. It covers both India and Pakistan controlled areas of the former princely state. Government of India has rejected the OHCHR report as “fallacious.” The spokesperson of India’s Ministry of External Affairs claimed that the report was overtly “prejudiced” and was seeking to “build a false narrative.” He said that the report violated India’s sovereignty and integrity.” He also pointed out that the report had described internationally designated and UN-proscribed terrorist entities (such as Lashkar-e-Toiba and Jamaat-ud-Dawa/Hizbul Mujahideen) as ‘armed groups’ and terrorists as ‘leaders.’ India also rejected the UN High Commission’s reference to “Pakistan Administered Azad Jammu and Kashmir, Gilgit and Baltistan” as a separate entity on the ground that “The whole state of Jammu and Kashmir is an integral part of India. Pakistan remains in illegal occupation of a part of our territory. The two cannot and should not be equated.”

Indian government’s claim that the report was “fallacious” and “a selective compilation of largely unverified information” is problematic, as it was the Indian government which had turned down repeated requests of the UN High Commissioner for Human Rights for unrestricted access to Jammu and Kashmir. Explaining the methodology adopted by the team which worked on the report, the High Commissioner explains, “As OHCHR was denied access to Kashmir, it was not possible to directly verify allegations. OHCHR bases its findings on its methodology, using a “reasonable grounds” standard of proof.

On the issue of the Indian government calling the OHCHR report as a violation of India’s sovereignty and integrity, let us briefly examine the mandate of the UN Human Rights Council and India’s role in the Council which is mandated by the UN General Assembly to promote and protect human rights around the world. Several member countries of the UN, including India were unhappy with the older UN body, the Human Rights Commission as they felt that the Commission was being manipulated by powerful countries such as the US which prevented the review of their friends and allies such as Israel. The Council was created by the General Assembly in 2006. The Council has 47 members elected by the UN General Assembly for staggered three-year terms on a regional basis. India has been a member of the Council for two terms till 2017. On being re-elected for a second term India’s Ambassador to the Council, Asoke Mukerji emphasised that India’s focus will be to make the UN human rights system more effective and address issues through a constructive approach. The Council set up the process of Universal Periodic Review (UPR) under which the human rights record of each of the 193 UN member countries is peer-reviewed every four or five years. Under the UPR process, the recommendations made by the Council members during the review of each country’s record are given to a “troika” of countries drawn through a lot. India has been a member of the Troika in the past.

In September 2017, India’s human rights records were examined under the UPR process. Among the issues raised during the UPR were continued discrimination, stigmatization and violence against Dalits; restrictions on free speech and on the work of human rights defenders; attacks on religious minorities; reports of excessive use of force by security officers, including in Jammu and Kashmir; combatting impunity and ensuring accountability and delays in judicial proceedings. Out of the 250 recommendations that were made, India accepted 152 and took note of the rest. Also, India undertook to fulfill its twenty year old promise that it would ratify the UN Convention Against Torture. India, having been an active member of the UN Human Rights Council, having submitted to the UPR process on three occasions, and as a member of the Troika made recommendations to other countries for improving its human rights situation, it is strange that the government now asserts that the OHCHR report on the situation in Jammu and Kashmir is a violation of Indian sovereignty and integrity.

The OHCHR report is based on information that largely is available in the public domain including what was obtained by Indian citizens through the Right to Information Act. The report has also made use of government documents and statements, questions in the parliament and the government’s response, court orders and police reports. It has relied largely on the Press Trust of India (PTI) for official statements of the government. Additionally, the report writers have also relied on the research and monitoring carried out by local, national and international non – governmental organizations (NGOs) and human rights defenders. OHCHR team also conducted a small number of interviews to corroborate information.

While the OHCHR has elaborated on the sources of its data, explained the limitations and detailed the methodology it was obliged to adopt in the face of denial of access to Jammu and Kashmir by the government, the Indian government in turn, has given no reasoned or rational explanation for calling the report fallacious and based on unverified information.

Government of India’s response to the OHCHR report has evoked mainly two kinds of responses. Supporters human rights within India and in other countries have called on India to act on the recommendations of the first-ever report by the United Nations on the human rights situation in Kashmir. Others, including supporters of the ruling BJP and the rightwing Hindu nationalist organisations have vociferously endorsed the Indian government’s rejection of the report.

One interesting comment has come from a well-known former editor, Mr. Sekhar Gupta. Mincing no words, he called the report “idiotic”. It is “idiotic not because of the quality of its research, but for its expectation that it will help the people of Kashmir,” he asserted. According to Mr. Gupta the report was “fatally flawed” and “dead on arrival. Debating its accuracy, fairness, methodology or motives is a waste of time.” An interesting position, that allows you to avoid any discussion on the content of the report. This is exactly what India’s official response has done when it condemned the entire report as “fallacious”. Mr. Gupta has also accused the OHCHR of allowing NGO-type activists take over the world’s premier human rights body and not allow “political oversight”. Clearly, Mr. Gupta believes that the global concern for human rights should be toned down by the political interest of states. Mr. Gupta claims that the report will not only fail to help the Kashmiris, “on the contrary, it will harden India’s approach. It will also encourage Pakistan to shove more Kashmiris and its own expendable youth into a jihad (holy war).”

The OHCHR has no political or military arm. The only way it can enforce its recommendations is through repeated requests and by naming and shaming. In a civilized world, it is expected that a sovereign and an honourable nation state would fulfill the promises that it makes to the comity of nations. India has not fulfilled its promise to ratify the UN convention Against Torture for more than two decades.

Mr. Gupta has argued that the report will not embarrass India as the country will be able to garner enough political support at the Council to block any discussion on the report and the recommendation for an independent investigation. India had been able to do exactly that in 1994 in the UN General Assembly (Third Committee) when confronted with Islamabad’s allegations of human rights violations in Kashmir. India was able to rally sufficient support from the members states including from “human rights rogues like China and Iran”. However, Mr. Gupta forgot to mention that the BJP’s Atal Behari Vajpayee, who was a member of India’s multi-party delegation sent to the UN by the then Prime Minister Narasinha Rao, at that time had said, “For a great nation like us, there was a certain humiliation involved in having to go around begging for votes on a human rights issue. Let us now use this reprieve to clean up our act in Kashmir or there will be a Geneva every few months.”

The attempt to avoid discussions on the content is an attempt to cover up the gross misuse of the coercive state apparatus against protesting civilians during the period 2016-2018. The discussions on the content will bring out issues highlighted by the OHCHR report such as the killings of about 145 persons and a very high number of injuries. The excessive use of pellet-firing guns that have blinded or injured the eyes of civilians, largely the youth. The awarding of Major Litul for using a Kashmiri civilian as a human shield even before the court of enquiry had completed its investigation. And the hard fact that in these last 28 years the India government has not allowed any civilian court to hear complaints of human rights abuse committed by the members of its security forces. Understandably, Indian government would want to avoid any discussion on the content of the report.

Will India be able to block a discussion on the report by the members of the Human Rights Council? Certainly, it will have to make a very serious effort to gather enough support to prevent the council from discussing the High Commissioner’s recommendation for an independent investigation. In this effort India will be joining the ranks of Myanmar which has been accused of committing genocide against the Rohingya. India could also point out that the Council’s guidelines do not require setting up such investigation in countries where avenues exist for recourse to judiciary for settling complaints of misuse of power by the state’s security agencies. India will then face a conundrum of its own making. Under AFSPA, it has granted complete impunity to its security forces.

Even if India is able to stymie an inquiry by the Council with the support of Saudi Arabia, UAE and possibly China, Russia and the USA, its actions will be carefully watched by Geneva. Under these circumstances, it is possible that the Modi government may be forced to change its purely iron fisted approach. And that will be the achievement of this OHCHR report, with all its “flaws”.

Tapan Bose is an independent documentary filmmaker, human rights and peace activist, author and regular contributor to leading journals and news magazines in India, Nepal and Pakistan. His award winning documentaries on human rights and democratic issues include An Indian Story (1982) on the blinding of under trial prisoners in Bhagalpur and the nexus between landlord, police and politicians and Beyond Genocide: Bhopal Gas Tragedy (1986). His film ‘Behind the Barricades; Punjab’ (1993) on the state repression in Punjab, as with the earlier cited films, was banned and after a long legal struggle was shown. His latest film is The Expendable People’, (2016) a passionate appeal for justice for the tribal peoples of India, cheated, dispossessed, pauperised and criminalized in their forest homes, made to pay the price for extractive development.