Home > English > NEWS AND ANALYSIS > The Globalisation of War 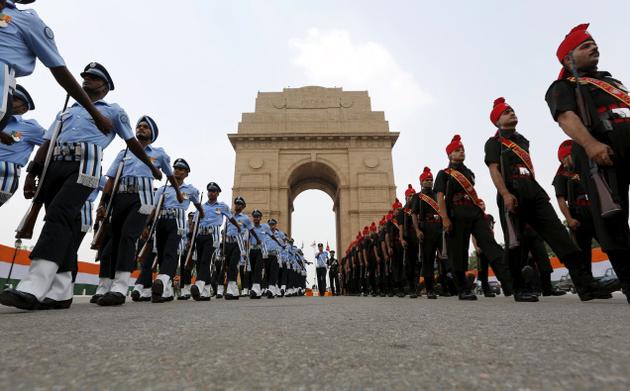 The Globalisation of War

Movie franchises could be planned in advance with a number assigned to each production in order of precedence. Not so for wars of global expanse. The Great War became World War I (WWI) only because there was a sequel involving largely the same cast of characters in just two decades.

In the early bravado of its global war on terror in 2001, the US actually believed that it could choose its moment of victory. Enthusiasts like Paul Wolfowitz, then a senior bureaucrat in the Defence Department, spoke of “ending states” that supported terrorism. James Woolsey, a former CIA director and part of the same neoconservative cabal, hyped up the adventure as the Fourth World War.

Had the spook got his numerals wrong after being put out to pasture? Seemingly not. The status of Third World War had been pre-empted in his imagination by the Cold War which pitted the US against the Soviet Union in frenetic competition in nuclear arsenals and third country clients cultivated through charm and coercion. In what became a constant refrain with ideologues of power, the US was called upon in 2001 to summon up the same moral purpose it had shown in vanquishing the Soviet enemy.

In a book timed for a decade since the war, veteran reporter Jason Burke offered a sobering assessment. Far from winning, the best that could be said was that the US had avoided defeat. And as postscript, it may be added that this was partly because it allowed no clear victor to emerge from the shambles it created in the arc from Afghanistan to Syria.

In July last year, Europe staged a series of solemn commemorations of the WWI centenary. Books by popular historians spoke of the global conflagration as an avoidable folly emanating from a sequence of missteps that drew the great European powers into a localised Balkans dispute.

The commemoration of wars has since become a growth industry. Between May and September this year came the extended observance of 70 years since WWII’s end. The event was marked with a special sense of purpose in Moscow, with President Vladimir Putin resonantly reminding the West that the Soviet Union had paid by far the greatest price, that in fact it was left “all alone” to deal with the Nazi threat while other Western powers stayed in the comfort zone of phoney war.

Putin had suffered a similar visitation of solitude in the G20 summit at Brisbane in November 2014, in a display of petulance by Western leaders over his newly assertive strategy in Russia’s near-neighbourhood. In the kind of juvenile pique more in place in an unruly schoolyard, Western leaders gave Putin a wide berth through the event, refusing to even share his meal table.

Despite these tensions, German Chancellor Angela Merkel attended May’s triumphal military parade in Moscow. Her presence on the podium alongside Putin was necessary atonement for German historical guilt.

That spirit of conciliation was absent in China’s commemoration of the war’s end in Asia. Japan stayed away, obviously thinking China’s strutting of its military might unseemly and arrogant. India sent a political delegation, less from goodwill than from recognition of the prudence of humouring a powerful neighbour. Eager to embrace a position as understudy to a formidable military power, Pakistan had a contingent marching with the Chinese.

Contemporary tensions are clearly being signposted in the commemoration of past military events. Global armaments firms are meanwhile having the time of their lives, posing the kind of moral dilemma that Pope Francis articulated in a recent address to the US Congress. “Why are deadly weapons being sold to those who plan to inflict untold suffering on individuals and society?” asked the Pontiff: “Sadly, the answer, as we all know, is simply for money: money that is drenched in blood, often innocent blood”.

Despite the windfall profits of its armaments industry, there are signs now that the US is awakening to the escalating strategic risks of ongoing conflagrations in the Arab world. This acknowledgement was implicit in the recent meeting President Barack Obama had with Putin in New York, when the Russian leader reportedly delivered an admonition against the preferred US strategy of pulling down established regimes in troubled countries. Obama seemingly was not deterred from his insistence on regime change in Syria, but sufficiently chastened by recent imperial overreach to give his Russian counterpart a 90-minute hearing.

India placed a multi-billion-dollar order for two varieties of military helicopters from the US aerospace giant Boeing, as Prime Minister Narendra Modi left for the UN General Assembly in New York. Just days before, it had staged a pageant of its own to mark 50 years since the 1965 war against Pakistan. What lay behind this sudden awakening to the glory of an encounter that the former soldier and Union minister Jaswant Singh has described as “simply a slugging match of attrition”?

The same anniversary in Pakistan was a time of introspection at least for the human rights activist and public intellectual IA Rehman. Aside from being a military stalemate, he wrote, the war was a significant political setback for Pakistan, since the world from then on was less inclined to entertain its case on Kashmir.

India’s newfound triumphalism over 1965 and the ongoing political manoeuvres in Kashmir, where the BJP for the first time ever enjoys substantial political clout, bring a clichéd old aphorism vividly to life: those who refuse to learn from history are condemned to repeat it.

Sukumar Muralidharan is an independent writer, researcher based in Gurgaon, Shimla