Home > English > NEWS AND ANALYSIS > The Age of Pardon or the Age of Aggression? 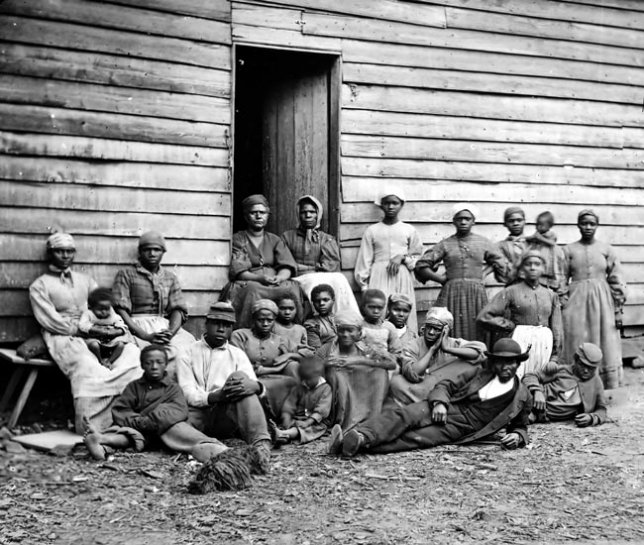 The Age of Pardon or the Age of Aggression?

Throughout the 20th century there were frequent apologies and claims for reparations for the atrocities committed in the context of the relations between peoples and countries, as illustrated by Germany’s initiatives with regard to the Holocaust and by the US response in the case of the Japanese Americans kept under arrest during World War II. In the 21st century there has been an insistent (and not always heeded) demand for apologies regarding atrocities, violence and crimes committed in the more or less distant past under European colonialism. Sometimes the demands for an apology are accompanied by claims for reparation or compensation. Here are a few examples. In 2004, the German government recognized the violence committed against the people of Namibia in the genocidal killing of 65,000 Herero, who had revolted against their colonizers in 1904. In 2018, the Namibian government demanded a formal apology and compensation for those acts, which the German government refused to do.

On a visit to Libya in 2008, Italian Prime Minister Silvio Berlusconi formally apologized to the Libyan people for the "unhealed wounds" inflicted by the thirty years of Italian colonization and pledged compensation in the form of a $5 billion investment. Shortly thereafter, Libya was invaded and destroyed by the "allied forces", of which Italy was a part. Then, in 2014, the Caribbean Community’s Reparation Commission approved a proposal to achieve justice for the victims of genocide, slavery, the slave trade and racial apartheid, which the Commission considers to be crimes against humanity. The proposal had in mind the main slave-owning countries in the region – the Netherlands, England, and France –, but was potentially aimed at other countries as well. It consisted of a very broad action plan with the following points: formal apology, repatriation, indigenous peoples development program, cultural institutions, public health, illiteracy eradication, African knowledge program, psychological rehabilitation, technology transfer.

On a visit to Jamaica in 2015, the UK prime minister at the time, David Cameron, ruled out any possibility of reparations. Upon visiting India two years before that, the same David Cameron had recognized that the 1919 massacre of 1,000 unarmed Indians who were protesting British colonialism had been "deeply shameful," but he never submitted a formal apology nor did he agree to compensations. In 2013, under pressure of legal action, the UK agreed to pay £ 2,600 to each of the 5,000 members of Kenya’s Mau Mau movement who had been arrested and tortured in the 1950s for resisting British colonialism, at the same time that it expressed its “sincere regret” for the occurrence. Since then, some 44,000 Kenyans have made similar demands for how they were mistreated during the colonial period. In 2017, the then-presidential candidate Emmanuel Macron admitted that France’s colonization of Algeria had been a crime against humanity.

More recently, on the 500th anniversary of the Spanish conquest of Mexico, President António Manuel López Obrador wrote the King of Spain and the Pope requesting a formal apology for the atrocities against the indigenous peoples during the colonial period, while committing himself to do the same as a descendant of the colonizers. The request was resolutely rejected by the Spanish state; but the autonomous government of Catalonia was quick to acknowledge the abuses, the deaths of millions of people and the annihilation of entire cultures at the hands of Spanish colonialism. And as recently as 4 April 2019, the Belgian government apologized to métis Belgians, the thousands of mixed-raced children of Belgian fathers and Congolese mothers who, having been born at the end of Belgian colonization between the years 1940 and 1950), were taken away from their families to be compulsorily placed in orphanages and, in some cases, sent to Belgium.

What is the meaning of this movement for historical justice with all its ramifications, which has grown to include the request for the return of art objects brought (why at all?) from Europe’s colonies and now on exhibit in the museums of the global North, or the return of land, as is the case with Zimbabwe or, somewhat more recently, of South Africa – with regard to the apartheid period, which was a particular form of colonialism – and Australia. Legal or ethical arguments either way do not seem to add much to it.

Obviously, this is not about finding reasons to hold the present generations of the colonizing countries accountable for crimes committed long ago. This is a political problem caused by a number of factors, the most important of which is the fact that political independence exists side by side with the perpetuation of colonial dependence. The anti-colonial struggles waged in Latin America (19th century) and then Africa and Asia (20th century) aimed to ensure historical justice, restore territories to their inhabitants and allow people to be the builders of their own future. The truth, however, is that none of that came to pass, as was most dramatically made plain in the first colonial liberation of all, that of Haiti, in 1804. The conditions imposed on the freed slaves, now faced with the need to overcome international isolation, were just plain brutal (as are the conditions of structural adjustment the IMF still continues to impose with impunity throughout the global South), and the outcome is in plain sight in today’s Haiti.

The continuation of colonial dependence was brilliantly exposed in 1965 by Kwame Nkrumah, Ghana’s first president, when he coined the term neocolonialism to describe circumstances that were as real then as they are now. The plundering of natural resources that was a feature of colonialism persists to this day, carried out by multinational corporations of the global North with the complicity of the local elites, who, in the case of Latin America, happen to be the descendants of the colonizers. The demand for historical justice is just another way of legitimizing the struggle against the injustices and inequalities that continue to characterize the relationships between core and peripheral countries. And when the answer is mere apologies, whether they are accepted or not, they are nothing but legitimizing rituals on the part of those who either demand or accept the apologies, so that everything can remain the same. In other words, colonialism did not end with political independence. An end has been put to the colonial occupation of territories by foreign powers, but the fact is that colonialism continues to exit in other forms, some of them more brutal than those of historical colonialism. Just as slavery persists in the shameful form of "labor analogous to slavery," to use the UN phrase, so colonialism continues to this day not only in the form of economic dependence but also in the form of racism, xenophobia, racial apartheid, police brutality against young blacks, Islamophobia, the "refugee crisis", the "war on terrorism", the assassination of social leaders fighting to defend their land against invasion by mining, logging or agro-industrial companies, against environmental disasters that threaten disposable populations who live in places given up as "sacrifice zones", and so on and so forth.

In the case of Latin America, where independence was won by the descendants of the colonizers, the persistence of colonialism took on a specific form: the internal colonialism to which the indigenous populations and the descendants of enslaved African peoples have been subjected. The "development models" of these last 150 years have systematically turned a blind eye to the interests, aspirations and cultures of those peoples.

If López Obrador insists on implementing some variant of these models, he should not find it surprising that, rather than ask for apologies, the indigenous peoples demand not only true respect for their cultures and territories, but also the scrapping of megaprojects and neo-extractivist policies rejected by the affected populations, once they have been consulted and informed in good faith.

By telling the colonizer to apologize and committing himself and his own government in the process, Lopez Obrador is actually bringing something new to the controversy over historical justice. He strikes a posture of tragic sincerity in the Greek tragedy sense. He teeters on a razor’s edge that can throw him off balance and make him fall as he tries to stand up. He, perhaps better than anyone else, knows that at present he represents the highest social consciousness possible on the part of a development model that is inherently anti-social, for it is designed to generate returns largely destined to end up in the pockets of global capitalism. He knows that today’s capitalism, being dominated by financial capital, will never agree to negotiate the terms of plunder if plunder itself is called into question.

He knows that, under whatever variant, this model has failed in other Latin American countries in the recent past (Brazil, Argentina, Ecuador, Venezuela). To the north, there is a shameful, imperial wall, too solid to melt with the blood of those who try to cross it. He is the bearer of the remaining hope of a continent torn by US and European imperialism with the complicity of the local elites, who have never allowed the popular classes – los de abajo – to even dream about the end of colonialism. Under such circumstances, he who bears the responsibility for hope must also bear the responsibility for frustration. The king of Spain’s response does not bode well. But it is also true that from a king of nothing one cannot expect everything.