Home > English > NEWS AND ANALYSIS > Robert Fisk: The people vs the president 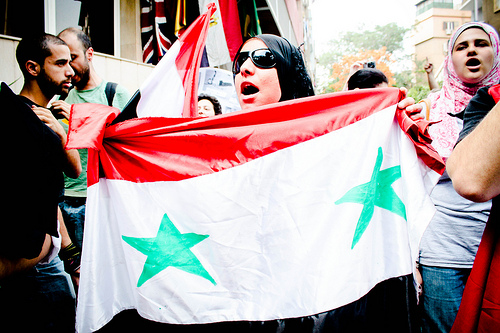 Robert Fisk: The people vs the president

Syria in turmoil as resistance turns to insurrection

Syria’s revolt against the rule of President Bashar al-Assad is turning into an armed insurrection, with previously peaceful demonstrators taking up arms to fight their own army and the "shabiha" – meaning "the ghosts", in English – of Alawi militiamen who have been killing and torturing those resisting the regime’s rule.

Even more serious for Assad’s still-powerful supporters, there is growing evidence that individual Syrian soldiers are revolting against his forces. The whole edifice of Assad’s Alawi dictatorship is now in the gravest of danger.

In 1980, Assad’s father, Hafez, faced an armed uprising in the central city of Hama, which was put down by the Special Forces of Hafez’s brother Rifaat – who is currently living, for the benefit of war crimes investigators, in central London – at a cost of up to 20,000 lives. But the armed revolt today is now spreading across all of Syria, a far-mightier crisis and one infinitely more difficult to suppress. No wonder Syrian state television has been showing the funerals of up to 120 members of the security services from just one location, the northern town of Jisr al-Shughour.