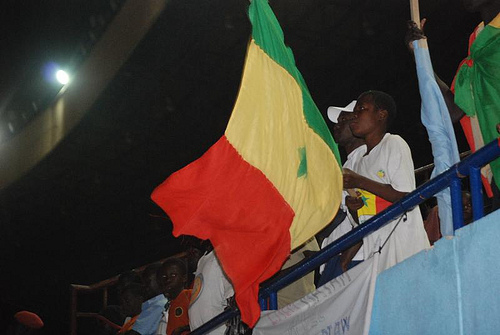 Protesters Urge President to Step Down in Senegal

DAKAR, Senegal — Thousands filled a sandy plaza here Saturday to demonstrate against Senegal’s president, Abdoulaye Wade, who is trying to extend his time in office in what critics say is a violation of the country’s Constitution.

The attempt by the 85-year-old president has unleashed a wave of protests, some violent, in a poor West African nation that alone among its neighbors has a long tradition of relative democracy. There has never been a coup d’etat in this former French colony, and the speakers at Saturday’s rally urged Mr. Wade to respect the country’s record and to step down immediately.

The opposition press and politicians here routinely accuse Mr. Wade — a remote, acerbic figure who spent a lifetime in opposition politics before his peaceful election in 2000 — of trying, as many of his peers in this part of the world have done, to stay in his sumptuous colonial-era presidential palace until his death.