Home > English > NEWS AND ANALYSIS > Paris Clash, But Not of Civilisations 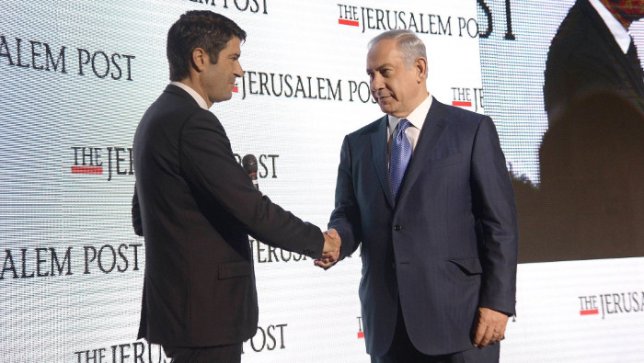 Paris Clash, But Not of Civilisations

The Israeli government has the nerve to laugh at "French impotence" vis-a-vis terrorism.

Wars are never unilateral, and aggression provokes reaction, whether in the field or in the metropolis.

The ISIS attack commandos in Paris and Saint-Denis cause any reasonable person to feel indignation and anger about the hundreds of innocent civilians massacred with Kalashnikovs and a deadly ideology. Yet we cannot limit ourselves to anger, even now, before the images of horror have disappeared from our screens; we must make the effort to understand, if only to prepare for what may provoke new attacks of this genre.

The language used by ISIS killers is that of a clash of civilisations. But where did this ideology come from? Certainly not from the popular areas of Brussels or Paris, nor from the suburbs of Damascus or the universities in Tunis. The clash of civilisations ideology was born in the mid eighties in American-Israeli neo-conservative think tanks. This is Samuel Huntington, who provided theories. Neo-conservative policies, especially those of George W. Bush and Benjamin Netanyahu, were then developed. Simplistic and bloody.

According to neo-conservative thinking, the world is divided into two (as exemplified by Bush and his “axis of evil”): on one side the civilised, democratic world, thirsty for freedom for the other side, barbarians who threaten civilisation. If initially the axis of evil was dubbed "international terrorism", it was quickly redefined as "Islamic terrorism" to become, finally, a clash of civilisations, with Islam itself becoming an existential threat to civilisation.

The corollary of this division of the world is a global, permanent and preventive war, which the US and its allies launched in Afghanistan, Iraq, Lebanon and Palestine. Millions of deaths, utter destruction and colossal sums of money wasted on war and armaments eventually led to a scathing failure: the resistance of people to this global state terrorism, resistance which has succeeded in reducing the Empire. Bush had to make way for Barack Obama and the global war strategy has become a more subtle policy of subcontracting wars to local regimes, paramilitary groups and other states.

France is responsible for what it perceives as its turf, Francophone sub-Saharan Africa, where it foments coups, arms militias and does not hesitate to bombard (Libya) or even send ground troops, as is the case in Mali. And appetite increases with bombings: confronting the supposed weakness of Barack Obama, Napoleon Hollande decided to intervene in Syria, sowing death and destruction. As the American experience, military adventures that commence with so-called surgical strikes suddenly become larger whilst the number of victims skyrockets.

Wars are never unilateral. Any aggression sooner or later provokes a reaction, whether in the form of resistance in the field or acts of reprisal in the imperialist metropolis. There, ISIS commandos in Paris and Saint-Denis initiated a first reprisal to the bloody military adventures of France in Syria.

Francois Hollande should learn from instances of Israeli aggression that a reaction naturally ensues, whatever the relationship of forces: 45 years after the start of the Israeli colonial occupation of the West Bank and Gaza, a new generation is raised with kitchen knives and screwdrivers, reducing to nothingness the illusion of normality and propaganda of Israeli security.

Yet the Israeli government, part of the local media and public opinion have the nerve to laugh these days at France and its failure in the fight against terrorism; Netanyahu has even volunteered to teach the French authorities how we faced terrorism! If he was not intoxicated by hubris and his own speech, the Israeli prime minister would say to the French president that new draconian laws, amendment of the Constitution and criminalisation of groups of people produce neither the crushing of terrorism nor more safety for citizens. On the contrary. Netanyahu is the last one to mock the “impotent French”, being himself a man who cannot seem to curb kitchen knife attacks by Palestinian teens.

But Netanyahu must say something, as the terrorists in Paris and Saint-Denis did not produce his favourite dish: an attack on a synagogue or kosher supermarket, accompanied by shouts of “death to the Jews!”

Michel Warschawski (Mikado) is an Israeli anti-Zionist activist. He led the Marxist Revolutionary Communist League until its demise in the 1990s, and co-founded the Alternative Information Center.