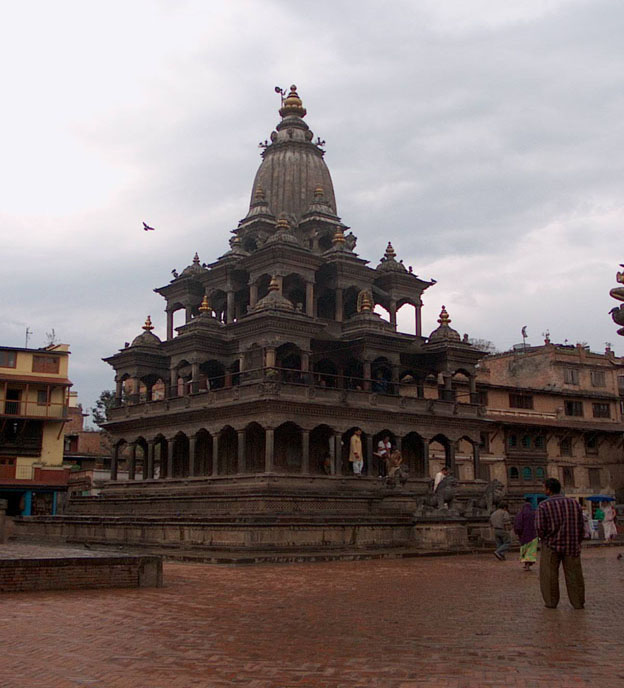 Nepal’s Constitution-making process has moved forward despite all ups and downs. In the meantime, those forces have also become active who do not want to see Nepal’s political stability. Therefore, they are trying to stop the process of Constitution-making. In fact, Nepal is trapped in the vicious circle of vested interests. Need to see, whether Nepal will be capable to counter them one by one or will become a martyr like the Abhimanyu in Mahabharat. From this point of view, Nepal is in a situation of life and death. Either it will save its existence as a sovereign country or will reach to the stage of a failed state. I am one of them who believe in many more folds of crises after the promulgation of the Constitution than the crisis of not having it. It will be even more interesting after finding out that many elements who are trying to save the nation from a failed state, in fact do not want this from inside.

The situation of neighbouring India is also the same. Prime Minister Modi mentions in all his speeches that the Constitution has to be promulgated as earliest. It has to be inclusive, it has to be done so by taking into consideration all others’ will and from general consensus. But India also does not want it to be made soon. In one hand India is talking about making a Constitution and on the other hand it is putting fuel in fire in the movements taking place in Madhesh. A few days back, the expression of Home Minister Rajnath Singh delivered in Maharajgunj of Uttar Pradesh is in the talk. According to the associated publication of India Today, the Mail Today, Singh has said, ’Madhesh problem is Nepal’s internal problem. But Indian government will defend the interest of one crore Indians living there.’ There came strong reactions by Nepalese to it after this was published. Then after Indian Foreign Ministry issued a press release and said ’the Home Minister had not made any such expression’. But Singh had said this in accordance with the people present there. BaidyanathYadav in his report published in ’Saptari Jagaran’ from the Terai of Nepal has mentioned, ’Rajnath Singh has said the on-going Madhesh movement is an internal affair of a neighbouring country. But he has mentioned about the question of one crore people. Nepal will resolve it but India will certainly talk to Nepal as necessary.’ Irrespective of how the parts of his speech are presented, many would see the ideology of his Party in whose top leadership Singh himself is in, to understand the intent of it. He had expressed his sadness of Nepal not becoming a ’Hindu State’ before he came to power. He also said he would be happy if Nepal could return this identity. Whatever Interim Constitution was made in 2006 and on the basis of which the new Constitution is being made, there is no any chance of Nepal becoming a Hindu State or the revival of monarchy of any kind. In such a situation, the supporters of pro-Hindu State forces had a plan that there would be no Constitution as a result the anarchy spreads so that people will start thinking of those days of Hindu State and that the demands of Hindu State and monarchy begins to make. The kind of political instability it will create if the Constitution is not made, the time will come for a referendum of whether Nepal should remain a secular or Hindu State. These elements have widely disseminated by saying that the secular state has been inserted in the Interim Constitution on the part of the Christian missionaries.

Meanwhile, there is one article published in English Daily ’Hindustan Times’ on 13 September by Nepali journalist Prashant Jha which can be said as the dangerous article as to dates from the perspective of Nepal’s sovereignty. Prashant Jha is the staff of the Hindustan Times. While analysing all kinds of chaos during the process of the Constitution-making in his some 3,000 words article has concluded for India’s intervention into Nepal now. How tragic that a journalist who is also a Nepali can call for such an intervention in his own sovereign country? Even more worse is he has advised the Indian government about whom to send for this task. He has praised the efforts made by Indian Ambassador to Nepal Ranjit Ray to stop the Constitution-making process. But since the process could not stopped despite Ray’s efforts, Prashant has urged India to send ‘a powerful special envoy’ who would ask the Nepal government to retreat from the path of brutal repression, Constitution-making process stopped and give pressure on the large parties to show flexibility on the structure of federalism and request the Madhesh parties to stop movements. The question rises, is the Nepali leadership not capable to do it? Is it the case that the people of Nepal have not reached the leadership to take up their demands?

Prashant has suggested India to send its National Security Adviser Ajit Doval or BJP leader Ram Madhav as its special envoy. Prashant argues, Ajit Doval has been following Nepal closely for some years. Likewise, Ram Madhav is also well-informed on Nepal’s affairs. Both of them are very close to Prime Minister Modi. In his article, he also has emphasised for the active role India’s ’bureaucracy and security’ unit. The proposal does not stop here. He says, ’India has a range of tools, both overt and covert, which it has chosen not to use in Kathmandu at the moment.’ The intention of Prashant Jha’s statement is highly serious. No patriotic citizen could ever have such a language. He has even gone further to say, ‘There is little point in being a regional power if you do not exercise it at decisive moments. This is one such moment for India.’

Another Nepali journalist Yubaraj Ghimire over the past 5-6 years has published articles in Indian Express, in 80% of which he expresses his discontent over Nepal not becoming a Hindu State. Through his articles to Indian readers, has said those (Maoists) who established the republic and declared Nepal a secular state, they did not survey what actually the Nepali people had wanted. He is the same person who used to write during the People’s War that let the Maoists come to the democratic process and obtain the votes from the people then would be found out whether their popularity was on the basis of the guns or the people really support their policies. He remained silent for sometime when the in 2008 elections the Maoists became the largest party. But when the Maoist government began to fail then they began to revive. Two months earlier on 25 July in an article published in Indian Express, Ghimire tried to portray the role of international NGOs and the United Nations-affiliated some organisations in making Nepal a secular state. Just after one month on 25 August he wrote in his report, the demand of Nepal making a Hindu State and restoration of monarchy has rapidly increased. He even said the people will not accept the Constitution if it is made by excluding these matters. He also has asked for the ’decisive influence’ of India while emphasising the need for a serious review of the situation. He has said that if done so ‘that’s where Modi’s magnanimity and courage could make a big impact. His initiative will motivate other foreign players to stop their support to radical politics and policies in Nepal.’