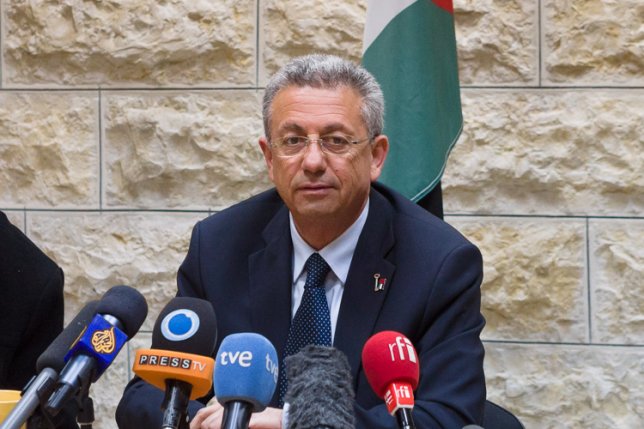 Dr. Mustafa Barghouti, Secretary-General of the Palestinian National Initiative (al-Mubadara), has criticized Israel’s release of 104 Palestinian detainees as a form of political blackmail. In a statement made by the former presidential candidate, Dr. Barghouti said this ought not be viewed as an act of kindness by the Israeli state, but a long overdue responsibility that should have been carried out after the Oslo accords were signed more than 20 years ago.

Israeli intentions were made clear by Minister of Justice Tzipi Livni, who said the release of the prisoners will depend on the progress of direct talks. In a statement made to the International Middle East Media Center, Dr. Barghouti said “Israel is blackmailing the Palestinians in order to oblige them to provide concessions.” See full article at IMEMC.

The prisoner release is part of a U.S. brokered deal to begin peace talks between Palestinian and Israeli officials, set to resume this Monday in Washington. These will be the first direct negotiations in nearly three years, coming on the heels of an intensive campaign led earlier this year by U.S. Secretary of State John Kerry.. While upcoming negotiations have garnered much international attention, Dr. Mustafa Barghouti is one of many to be skeptical about the prospects for peace. In a statement made to Palestine Monitor, Barghouti said:

“These talks will start on very fragile ground with no agreement on the terms of reference. Allowing Israel to continue building settlements during the peace talks provides Israel with the instrument to undermine these talks and guarantees their failure. We have seen this before at Annapolis, at Wye River, at Camp David and at Oslo. As someone once noted, “The definition of insanity is doing the same thing over and over and expecting different results.”