Home > English > NEWS AND ANALYSIS > Israeli Leaders, They are Waiting for you in the Hague! 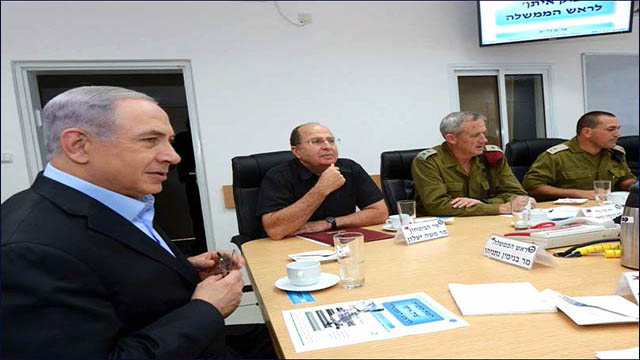 Israeli Leaders, They are Waiting for you in the Hague!

Israeli state and military leaders will eventually be held accountable for the premeditated mass massacre in Gaza. Accountable to the world, legal tribunals and history. There will be no extenuating circumstances.

Netanyahu, Bennett, Lieberman, Ya’alon and Gantz: They are waiting for you in The Hague!

From the media we learned that the Israeli government decided to call up an additional 16,000 reserve duty soldiers, such that 86,000 soldiers will be participating in the campaign against Gaza. Assuming that 1.7 million people live in Gaza, and after deducting some 5,000 fighters from Hamas and other organisations (an exaggerated estimate), this number means that there is one soldier for every ten civilians in this most densely populated area in the world. About the density I will write more, but let’s continue with numbers. 86,000 soldiers equipped with the best of modern weapons, with artillery and an air force against 5,000 militants, i.e. 17 soldiers for every militant. The campaign has already lasted for three weeks, and it looks far from over.

There is no need to be a big expert to understand that the inability of Israel’s massive military force to beat some 5,000 fighters illustrates that this is resistance which enjoys massive popular support, and all the ’commentators’ and ’experts’ on the radio and television are incredibly wrong, or it seems they are intentionally misleading the Israeli public when they explain Hamas’ rule by force over Gaza’s population. If in the past two years the Gazans’ criticism of their leadership increased, in this war the Hamas gained a renewed popularity, honestly and bravely. And not popularity only in the Gaza Strip, but also in the West Bank and throughout the Arab world.

Whatever agreements are reached in a ceasefire, Hamas has won in a big way.

And the state of Israel? It must prepare itself for an increase in international isolation and its leaders going to the international criminal court. For this is not a war, but a planned slaughter. In this context I won’t add a word to what journalist B. Michael wrote (Haaretz, 30 July 2014): "...and when the 100th child, the 80 year old woman and the 300 "uninvolved" are killed in highly targeted shelling and from bombs with an address, the excuse of hastiness is no longer sufficient. This is already intention, the product of a decision, the rotten fruit of a conscious command, voluntary, knowing full well that children, women, elderly, the helpless and the innocent, will be killed. ’I didn’t mean to’ doesn’t work anymore...According to the result, this is apparently the spirit of the commands. And from this it will be difficult to be purified".

Indeed, sooner rather than later, the leaders of the state and army, with their pilots and artillery soldiers, will have to be accountable for the premeditated mass massacre: accountable to the world, legal tribunals and certainly to history. There will be no extenuating circumstances.