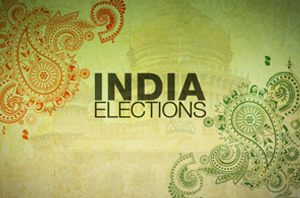 Wednesday 14 May 2014, by Siddharth Varadarajan

What can India and the world expect if Narendra Modi, the self-styled “Hindu nationalist” who is front-runner in the elections, ends up winning a plurality of seats when results are declared on May 16? The conventional answer is that this depends less on the man and what he represents, than on the scale of his victory.

If he is forced to form a government with allies, the argument goes, Modi would not have the freedom to pursue a Hindutva agenda (of religio-cultural nationalism) and hence there would be no reason to worry. And even if he were to have a majority of his own, some assert, India’s institutions – especially the Supreme Court, the Election Commission, the Comptroller and Auditor General (CAG) and the media – would keep him on the straight and narrow.

In my view, the argument that Modi would be constrained by his allies is deeply flawed. And while India’s institutions have shown a capacity for independence, there are also reasons to worry.

While there is little doubt that his Bharatiya Janata Party (BJP) will emerge as the single largest party in the Lok Sabha – the lower house of Parliament – there are three scenarios which need to be considered.

In scenario one, the BJP wins about 170-180 seats and will need the support of not just its allies in the National Democratic Alliance (NDA) but also of major new partners in order to reach the half-way mark of 272 in a 543-seat House, including Mamata Banerjee’s Trinamool Congress. Of all potential allies, she is also the only one likely to insist the BJP nominate someone other than Modi as prime minister, a condition the party will not accept. The BJP will either try and form a government without her, and if it cannot, it would rather not make a pitch for power. In such a situation, therefore, a Modi ‘win’ would not lead to a Modi government.

Under scenario two, the BJP wins around 210-220 seats and will thus be in a position to form the government with its NDA partners and a handful of independents and smaller parties. There will be no need for any potentially mercurial partner like the AIADMK’s Jayalalithaa, but parties like the Telangana Rashtra Samiti and the YSR Congress of Jagan Reddy – which would probably be heading the governments in the new states of Telangana and Seemandhra – would either join a Modi government or support it from the outside. They would also be fairly dependable allies since they need to have the goodwill of the central government and come with little ideological baggage.

In scenario three, the BJP wins upwards of 250-260 seats and will be free to form the government without being particularly constrained even by its NDA partners not to speak of anybody else.

While the government run by the BJP’s Atal Bihari Vajpayee from 1998-2004 might have looked and behaved very differently if the party had more seats, the degrees of freedom Modi will enjoy as PM under scenarios two and three will not be all that different.

The fact is that that any government he heads will be very different from the government NDA Vajpayee ran for six years. Modi and Vajpayee may be cut from the same ideological cloth – both men are products of the Hindu chauvinist organisation, Rashtriya Swayamsevak Sangh (RSS) – but differ in at least three crucial respects.

Vajpayee spent long years as a legislator and was used to swimming in the chastening currents of legislative and coalitional politics well before he became prime minister of India. By contrast, Modi’s formative years were spent wallowing in the stagnant ideo-political certitudes of the RSS. And though he has now been Gujarat chief minister for more than 12 years, he has never had to work with alliance partners or even those whose worldview differs from his own.

Second, Vajpayee was primus inter pares of the BJP and knew the constraints of operating under the framework of a collective leadership within his party. Modi, on the other hand, is used to being the first among unequals. Within the Gujarat BJP, only those leaders have flourished – Amit Shah, Saurabh Patel, Anandiben Patel – who have functioned as acolytes. Nationally, senior leaders like L K Advani and Jaswant Singh who registered their discomfort with Modi’s ascendancy have already been sidelined. More casualties will almost certainly follow, as Modi converts his enormous appeal amongst BJP workers and the backing of India’s corporate sector into a formidable vector of power that will make even Vladimir Putin’s ‘power vertical’ look like an exercise in democratic decision-making.

Third, the nature of the NDA has undergone a change in the decade since it was voted out. It is today more ideologically cohesive and right-wing in political, social and cultural terms than at any time in the past.

What this means is that Modi as prime minister will face virtually no political constraints from within the BJP or its allies when the RSS begins pursuing its agenda, especially in ‘low voltage’ areas like education, culture, proselytisation and women.

Already there are indications that Modi is looking at converting the personality-based election campaign he has run into a pseudo-presidential type of administration, using executive decisions to the maximum extent possible.

If his partners are not able to exercise any restraint, what of India’s watchdog institutions? If the Supreme Court and CAG were hyperactive and defiant during Manmohan Singh’s tenure, an important reason was the structural weakness of the United Progressive Alliance (UPA) government that robbed it of both cohesion and decisiveness. In fact, India Inc lost faith in the Congress party because they failed to manage and overawe these institutions, thereby jeopardising the edifice of crony capitalism in sector after sector.

The corporates want Modi as PM because they have faith in his ability to resolve the kind of damaging institutional contradictions that led to the cancelling of spectrum allocations, a moratorium on mining, the stipulation that scarce resources be auctioned and not simply parceled out, and the scrapping of projects on environmental grounds.

The unprecedented warning issued by senior BJP leader Arun Jaitley to the judiciary when the UPA government said it would soon name a judge to head the “Snoopgate” probe may well be a harbinger of the manner in which a future Modi government will deal with the courts. “I will be very curious to know the name of the judge who has agreed to ‘lend’ himself to the UPA,” he wrote recently. “I will be surprised if there is one. I hope, for the cause of judicial dignity, no one agrees to be a part of this desperate exercise.”

If the words he used were strong, the reasons are obvious. The “Snoopgate” case involves allegations of the massive abuse of police power by the Gujarat government in placing a young woman under constant surveillance for weeks. Jaitley suggested the judges approached so far all refused to serve on the Snoopgate panel because the case was “political”. But their reluctance could also reflect their unwillingness to be on the wrong side of a man who might become prime minister. How the judiciary would respond to petitions and cases if Modi were actually to become prime minister is anybody’s guess.

Similarly, the defiant language Modi has used to attack the Election Commission after it ordered the filing of a case against him for violating the Model Code of Conduct suggests a worrying degree of impatience towards the constitutional body. “Which government has given you appointment, who is your boss, these cannot be the basis for the functioning of the Election Commission,” Modi told an election rally at Asansol in West Bengal on May 4.

In Varanasi too, he has triggered an unjustified confrontation with the EC. Since the composition of the commission is entirely the government’s prerogative, there is nothing to prevent Modi from packing the body with loyal commissioners.

But even if India’s constitutional watchdogs turn shy and retiring, what of the media? Surely it can be counted upon to call out Modi if and when he crosses a line? A section of the media no doubt will, but with many newspapers and TV stations owned by risk averse or financially compromised proprietors, that section may not be very large.

Shehzad Poonawala, a lawyer who describes himself as a Congress party supporter, recently wrote an article critical of Modi for DNA. The piece – which was essentially a compilation of official quotes from the National Human Rights Commission and other bodies that cast Modi in poor light quickly became one of the five most read articles on the newspaper’s website. But hours later, it mysteriously vanished. No explanation was offered either to Poonawala or the newspaper’s readers.

In the absence of any word from the editor of DNA, one can only infer that someone, somewhere was unhappy about the piece and wielded enough clout to have it removed. The request need not have come from Modi or his office for us to be alarmed about it. For the question to ask is this: Will the frequency and intensity of such requests increase or decrease if Modi were to become prime minister of India?