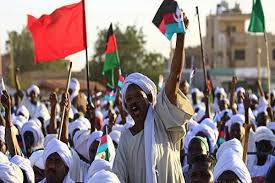 Wednesday 1 May 2019, by Messaoud Romdhani

At a time when good memories of the 2011 Arab Spring are about to fade away, when the then raised hope is about to give place to despair and disillusion, Sudan and Algeria have caught the world’s attention as millions of people in both countries took to the streets in endless and determined rallies, and ultimately succeeded to oust two autocratic presidents. Abdelaziz Bouteflika, a senile 82-year president, who suffered a stroke years ago and could hardly move or speak is not going to run for a fifth term and Omar Al-Bashir, the longest serving president in the Arab world, who had challenged indictment from the International Criminal Court (ICC) for charges of genocide, war crimes and crimes against humanity in Darfur has been arrested and he might be handed to the ICC. Revolts in both countries confirm two realities: peaceful protests and sit-ins remain the main arms of people in the region to face fierce dictators and despite failures, backlashes and sometimes disillusionment over the past eight years demands for democracy, justice and freedom are still vibrant and will surely haunt remaining Arab tyrants in the years to come.

In fact, the drivers of the protests, though different in appearance, have the same roots: erratic social, economic and political performances have led, through decades to the marginalization of millions of people. People in both countries, despite extremely rich natural resources, face catastrophic failures: rising poverty, high unemployment, endemic corruption and, above all, absence of political diversity as respective populations have endured for decades autocratic regimes protected by strong military and security systems, leaving no room for opposition. Neoliberal economy has worsened the situation, as it has favored corporate capitalism and crony economies, contributing to more pauperization and vulnerability of citizens in recent years.

A multitude of factors have contributed to the exasperation of the hundreds of thousands of protesters who took to the streets in many cities in Algeria. Haunted by a terrible civil war in the 1990’s which killed about 200 thousand people, Algerians had accepted the power grip of the regime in counterpart of certain social guarantees, that had helped the autocratic regime survive the storm of the Arab spring on its borders. But that could not stand for long, especially with the paradox the country has lived for decades that has contributed to widen the gap between the aspiration of a mostly young population and the anachronistic regime.

The largest country in the Arab World, Algeria is very rich in natural resources, its production in oil amounts to more than 1.5 million barrels per day and it has the tenth largest proven reserves in natural gas. That would have contributed to the prosperity of its 42 million population.

Yet the country faces challenging economic and social problems due to poor governance and highlevel corruption. The economic situation continues to worsen as the fiscal deficit hits 10% of the GDP and youth unemployment will reach 29%.

In a country where half of the population is under 27 years old, most of them with high education, it is not difficult to see the paradox and to point accusing fingers to the responsibility of the regime.

Sudan is another example of regime failure. With the secession of the South in 2011, after thirty years of conflict, it has lost most of its oil reserves. What remains of the country’s wealth has mostly been used by the security forces to keep president Omar Al- Bashir in power. For instance, 70% of the Sudanese budget is said to be allocated to security forces. In November 2018, inflation reached 70% and the government imposed austerity measures, reducing subsidies for fuel and bread. Consequently, what started as protests against price rises quickly turned into calls for the downfall of the Al- Bashir regime.

"No to the Egyptian Scenario"

In both Sudan and Algeria, the army let down the autocrats and with good reason. Both armies were willing, it is believed, to sacrifice long-lived autocrats, while trying to preserve the regime. That doesn’t seem to work in Sudan where protesters carried on pressure until the Military Council accepted to share power with the civilians while Algerian protesters have so far refused any deal with the army.

The mistrust for the army is about equal in both countries. People know that the chaotic transition gave the opportunity to the 2013 military coup of Genaral Abdelfatteh el Sissi, who returned Egypt to one of the fiercest autocratic rule, quelling every opposition and human rights activities.

In both countries, banners proclaim:" No to the Army Rule, No to the Egyptian Scenario".

In any way, revolutions are not always linear and the short-term outcome is not always happy. But one thing is sure: despite the chaos, civil wars and setbacks that followed the first Arab Spring, people in the region have not given up hope in democracy, freedom and social justice.

Messaoud Romdhani is the former president of the Tunisian Forum for Economic and Social Rights.