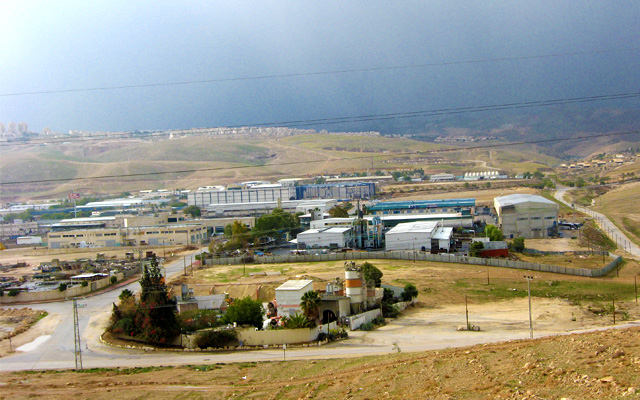 Europe’s relationship with Israel and its occupation policies is not a straightforward one. The European Union does not acknowledge settlements as legal or part of Israel, yet European companies continue to profit from the economy of the occupation and siege.

Catherine Ashton, the High Representative for Foreign Affairs, does not tire of mentioning the European Union’s refusal to recognise Israeli settlements at official events: “The EU position on settlements, including in East Jerusalem, is clear: they are illegal under international law [and] an obstacle to peace.” However when it comes to taking concrete actions against the occupation, Europe’s role has thus far proven weak.

A recent example of this are the updated guidelines published by the European Commission in July of this year. When the EU announced that it would no longer support illegal Israeli settlements, the Washington Post headlined with “EU takes action”, whereas the majority of European newspapers instead decided to focus their coverage on the declared outrage of Israeli Prime Minister Benjamin Netanyahu, who warned of a deep diplomatic crisis in the event the new guidelines are implemented.

According to the EU, Israeli institutions and organizations that are located inside or operate within territories beyond the 1967 borders will not be eligible for EU-grants, loans or prizes - such as scientific research projects - from 2014 onwards. Furthermore, they demand that in any future agreements with the EU, Israel formally declares that the West Bank, East Jerusalem and Golan Heights are not part of the State of Israel.

“The guidelines are a good message and a first step”, says Aneta Jerska from the European Coordination of Committees and Associations for Palestine (ECCP) in Brussels that represents Palestinian organizations at the European Union. However, she also states that: “The guidelines are very weak and have a lot of gaps. They are not valid for individual member states, the business sector and Israeli individuals.”

Now, only three months after the publication of the guidelines, there is a high risk that, as a consequence of Israel’s heavy bargaining, the new guidelines and conditions will be diluted. Jerska warns that: “Israel wants to achieve an agreement whereby they don’t need to sign a disclosure statement that the settlements are not part of Israel.” The ECCP is currently pressuring the EU not to fold in the face of Israel’s demands.

Even if the guidelines were fully implemented, one key problem would remain: the indirect involvement of European companies. The EU is Israel’s main trading partner; 34.4% of all imports come from, and a quarter of all exports (25.1%) go to Europe. After the United States, Europe is the largest purchaser of Israeli products, some of which are produced in the illegal settlements.

Settlement products however represent only a fraction of the occupation’s economy, “They constitute only a small percentage of the occupation industries. More important are the dozens of companies that build the infrastructure, provide services through machines or operate in the industrial settlements”, points out Rona Moran from Who Profits (www.whoprofits.org), an organization that investigates and researches the profiteers of the occupation.

Moran confirms that many of the 507 companies profiting from the occupation are European. The new fast-train project currently under construction in Israel has, for example, been the recipient of $1.9 billion of investment from European companies. This project represents a critical point in EU companies’ complicity in the occupation as the route of the train - connecting Tel Aviv and Jerusalem - crosses the Green Line and enters Palestinian territory for approximately six kilometres. Even the state-owned German railroad company “Deutsche Bahn” has contributed to the planning process. Only after the German Minister of Transportation interposed did Deutsche Bahn withdraw its assistance in 2011.

Despite the fact that this case has been discussed in the German public arena, some German companies are still engaged in the obviously unlawful railway project today. “Herrenknecht should get more attention”, says Moran. Herrenknecht is a German company based in Schwanau that produces the tunnel-boring machines used in the construction of the fast-train line, “We wrote them an email and informed them of the facts but they didn’t change anything. They know exactly how unlawful this project is”, explains Moran. “H+E Logistik” from Bochum, a full subsidiary of Herrenknecht, provides tunnel belt and conveyor systems as well.

“Some of the companies are multinational global players”, confirms Moran. Siemens, a noted German technology corporation, for instance, delivered traffic control systems for Israeli-only bypass roads in the West Bank. Furthermore, Siemens sold 118 passenger coaches to the Israeli railway corporation, which Who Profits believes will be used for the fast-train. The press department of Siemens, one of the largest technology companies in the world, did not respond to AIC enquiries into these accusations.

It is not only German companies that profit from the occupation, the Belgian Bank “Dexia Group“ holds the majority share of its Israeli branch, “Dexia Israel”, which provides loans to Israeli settlement municipalities. Announcements by the Bank of its intentions to sell its Israeli daughter company have not yet been realized, “They are always announcing the closure, but nothing happens”, says Rona Moran.

Another example is that of “Veolia Environment”, a French company that has been criticized for years because of its role in managing the landfills of settlement waste in the occupied Jordan Valley. Veolia also partially owns the firms that were contracted to build and run the Light Train in Jerusalem, CityPass consortium and Connex Jerusalem. The Light Train was constructed in order to connect illegal settlements to the city of Jerusalem. In 2010, Veolia said it would sell its shares, until now however, nothing has happened. Veolia, much like many other European companies, is still profiting from the occupation – and represents therefor, an obstacle to peace.