Home > English > NEWS AND ANALYSIS > Does COP Stand For “Confession Of Powerlessness?” 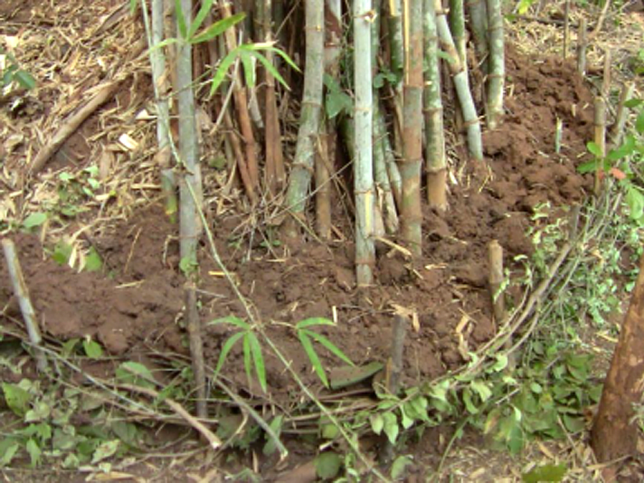 Does COP Stand For “Confession Of Powerlessness?”

Another COP (COP27), Conference of the Parties of the United Nations Framework Convention on Climate Change, to give its full title) held in Egypt, has come and gone leaving, well, nothing much behind. The facts behind the warming of the Earth by greenhouse gases (GHGs) such as carbon dioxide and methane due to combustion of fossil fuels have been known for many decades. An average global warming of 1.1 degree Celsius over pre-industrial age temperatures has been observed and this rise is already causing severe disruptions in weather in many places.

Successive COPS have been held for many years; governmental delegations come under the aegis of the UN, bargain and haggle over the extent of individual country reductions of GHG emissions, and set targets for reductions, while fossil fuel company lobbyists from the oil, gas, and coal companies hover on the sidelines secure in the knowledge that money talks loudest in a global capitalist economy. To see the pattern of these fruitless negotiations, consider that Kyoto Protocol adopted in December 1997 set a target of reduction of emissions of the developed countries of a little over 5% from the 1990 base year by the period 2008-2012. However, instead of reducing the emissions of these countries actually increased by over 14%! In the 2016 Paris COP meeting, the countries adopted a resolution that they would commit to “holding the increase in the global average temperature to well below 2° C above pre-industrial levels and pursuing efforts to limit the temperature increase to 1.5° C above pre-industrial levels.” Since emissions had actually been increasing until that time, to limit the increase to 1.5° C implied that current emissions must fall by 50% by the 2030-35 period and if the world is to go to net carbon zero by 2050, the emissions have to reduce at an annual rate of 7% for the next 30 years, a highly unlikely possibility considering that emission have been increasing lately by over 1% annually in the last few years. At this rate of increase of emissions, average global temperature is projected to increase by 3o C a figure certain to lead to existential problems for a large swath of human society, including, particularly, South Asia home to a quarter of the world’s population.

So, one is entitled to ask? Are the various COPs simply a way of evading action by talk? Is COP a “confession of powerlessness” on the part of the world community?

The multinational fossil fuel industry has been long aware of the dangers posed by global warming from the use of its products by the warnings issued internally by its own scientists but chose to ignore and lie about the data to protect its business model. This resembles the posture adopted by the tobacco industry for many years when it was in denial mode regarding the health effects of tobacco use. Instead of promoting alternatives to fossil use, the industry chooses to focus on unproven and high-risk technologies such as carbon sequestration so that it can continue to sell its products. It has been estimated that approximately 90% of remaining coal reserves and 60% of oil and gas reserves should remain unused in the ground to even give a 50-50 chance of limiting the average global temperature rise to 1.5° C. The value of these fossil resources is reckoned to be many trillions of US dollars, displaying the sharp contradiction between the global business model of the oil, gas, and coal behemoths versus planetary survival in the long term and survival of vulnerable populations and species in the short term.

After the conclusion of COP 27, the UN put out a statement lauding the only “achievement” of the conference, the adoption of a loss and damage fund by which the rich countries, already responsible for about 70% of the total emissions of GHGs, permitted under the average global temperature limit, leaving just 30% for the poorer countries to choose between survival or their “developmental” aspirations in the next decade or two, would compensate the developing countries for the losses caused by climate change. This was lauded by the business press of the mainstream media in the rich countries, ever ready to applaud any gratuitous gesture of munificence by their governments. The trouble of course lies in the details as is often the case with such offers. The UN statement itself indicated that “a global transformation to a low-carbon economy is expected to require investments of at least USD 4-6 trillion a year. Delivering such funding will require a swift and comprehensive transformation of the financial system and its structures and processes, engaging governments, central banks, commercial banks, institutional investors and other financial actors. A serious concern was expressed that the goal of developed country Parties to mobilize jointly USD 100 billion per year by 2020 has not yet been met, with developed countries urged to meet the goal, and multilateral development banks and international financial institutions called on to mobilize climate finance.” After the loss and damage protocol was adopted, it was announced that a few European countries has made pledges amounting to US$105 million dollars, a proverbial drop in the ocean of finance required to meet the declared goal.

With the emphasis on loss and damage, COP27 did not even mention any target for reduction of GHG emissions, which is, in the ultimate analysis, the whole point of the exercise. Perhaps, the armies of oil and gas lobbyists at COP27, who are said to have significantly outnumbered the representatives of the most affected nations, had something to with the fact that the conference was unable or unwilling to adopt any goal. As an analyst pointed out while it is still physically possible to reduce emissions by 50% to limit temperature rise to 1.5 C, it seems both politically and logistically impossible. Global capitalism, symbolized by the oil and gas majors with their retinue of major investment banks, Wall Street hedge funds, and other financial vultures, is unconcerned with the fate of vulnerable people in poor countries and that is hardly a surprise.

Meanwhile, what is happening in India, which is now the third largest GHG emitter, behind China and the US, and whose electric power generation program is largely reliant on coal, both domestic and imported shows the gap between rhetoric and reality. A very informative article in the New Yorker magazine by an investigative reporter, Astha Rajvanshi, lays bare the coal strip mining plans of Modi’s favorite crony capitalist and richest man in Asia, Gautam Adani, that are destroying thousands of acres of virgin forest in the central Indian state of Chattisgarh.

The article reveals that “Hasdeo forest spans more than six hundred and fifty square miles and nurtures endangered species, an elephant corridor, valuable water reserves, and thousands of forest-dwellers. The estimated five billion tons of coal that lie underneath the forest, however, have made it one of the most contested sites in India.”

Modi often postures as a fervent believer in green energy; but this article points out “The Prime Minister of India, Narendra Modi—a right-wing authoritarian and a close ally of Adani—has depicted coal as a crucial engine of India’s future growth. As part of his Atmanirbhar Bharat campaign, which aims to make the country “self-reliant,” Modi presided over an event called Unleashing Coal, which auctioned forty-one new tracts of land for coal mining. “If India is the fourth-largest coal producer in the world, then why can’t we become the largest exporter?” he asked. It may be noted that Adani owns significant coal resources in Australia in addition to his holdings in India.

At COP26, in Glasgow last year, India pledged to become carbon neutral in 2070. This is well beyond the lifetime of those making decisions today. As devastating floods and heat waves battered parts of South Asia in the past summer, one can only hope that someone will be still around to redeem the pledge of carbon neutrality in 2070.