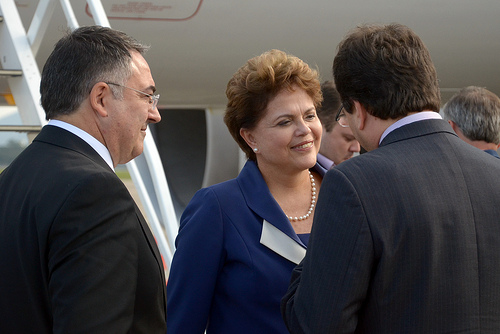 When the confetti was still falling after her victory at the polls on October 31, Dilma Rousseff, Brazil’s first female president-elect, said, "I want to state my first commitment after the elections: to honor Brazil’s women so that today’s unprecedented result becomes a normal event and may be repeated and enlarged in companies, civil institutions and representative entities of our entire society."

In a country where women have typically played a limited role in politics, the election of a woman to Brazil’s highest office signals a major break from the past. But Rousseff’s term will likely be marked by continuity with her predecessor, Luiz Inácio Lula da Silva. Lula, a member of the Workers’ Party (PT), is leaving office with 87 percent support in the polls. An economist, PT bureaucrat, chief of staff under Lula and former guerrilla in the anti-dictatorship movements of the 1960s and ’70s, Rousseff was handpicked by Lula to follow his lead as president. When she is sworn in on January 1, she will inherit Lula’s popular legacy and will be further empowered by the fact that her party and allied parties won a majority of seats in the Senate and Congress. Not even Lula counted on this much support.