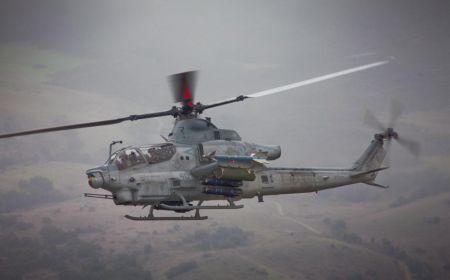 Canada’s complicity in the ongoing Israeli war crimes being carried out against Palestinians in Gaza runs deep.

In Ottawa the Conservative government has not hesitated in offering total support for the current Israeli attacks and more generally toward Israeli apartheid, Canadian policies that build on an open complicity under previous Liberal governments.

Aside from sustained Conservative diplomatic cheerleading for Israel, one key element of Canada’s implication less in the public eye but very important, is the key role that many Canadian companies are playing in creating the military devices and technologies now involved in carrying out the deadly bombing raids in Gaza.

A recent report by Foreign Affairs, Trade and Development Canada on military exports states that “a key priority of Canada’s foreign policy is the maintenance of peace and security,” ideals being constantly sidestepped around the world, such as with military exports to authoritarian regimes in Bahrain and Saudi Arabia, but ideals clearly silenced in ongoing direct arms exports to Israel.

Information compiled by the Coalition to Oppose the Arms Trade details than at minimum over 50 Canadian weapons makers export products to Israel directly today, a number most certainly rising as the Conservatives continue to tighten links with the Israeli state. Canada’s recent diplomatic, corporate and military oriented mission to Israel, one of the largest such foreign delegations in Canadian foreign affairs history, including over 200 people, certainly set in motion a deepening of Canadian complicity with Israeli apartheid, driven strongly from the halls of political power in Ottawa.

Specific examples of military equipment and devices produced in Canada, now being deployed by the Israeli Defense Forces (IDF) and Israeli Air Forces (IAF) are numerous and damming.

Engines for the Bell “cobra” helicopter, nicknamed the “viper” on the Israeli Airforce website, are produced in the Montréal region by Pratt & Whitney Canada. Also the the Israeli military uses helicopters produced in Mirabel, Quebec by Bell Helicopter Textron Canada, a company also represented on the recent Conservative governmental delegation to Israel.

Also CAE, a corporation in Montreal that specializes in flight simulator and “real-time operation systems”, has secured major contracts to develop technology for the Israeli army, aiming to train military personnel to operate "next-generation combat aircraft.”

As bombs fall from the skies over Gaza, let us think about the aircraft training technologies for Israeli military pilots manufactured here in Montreal by CAE.

Beyond Israel, other contracts linked to CAE include the production of drone operating system stimulators for the US military, signed within recent years within the context of the Obama administration’s unilateral drone wars that clearly fall outside of international law.

All the above companies mentioned are closely associated with the Canadian Association of Defence and Security Industries (CADSI), a major organization in Canada representing military oriented manufacturing that sustains strong ties with the Israeli apartheid state.

Beyond military companies the Canadian government continues to deepen links with Israel, a process dating back to one of Canada’s first international “free trade” agreements, signed with Israel in 1997. Also seen in the more recent and wide-ranging “public security agreement”, under which Israel named a defence attaché to Ottawa for the first time, through which Israeli agencies aim to “enhance cooperation” between Israeli state institutions with the RCMP, CSIS and CBSA.

Canada’s collaboration with Israeli apartheid is expanding, a process that now links localized security matrix systems between the two colonial countries. The major delegation to Israel this past year under Harper’s stewardship just formalizes a long standing collaboration, just securing the stage for a reality that sees total and unabashed Canadian complicity and support with Israeli state policy.

Although this political alliance is now been expressed and is increasingly recognized, lets us now take stock of how these political ties between Ottawa and Tel Aviv translate in relation to the situation on the ground in Gaza.

Certainly a major amount of Canadian produced military technologies are right now an important part of the military machinery, involved in the killing of almost 100 Palestinians in the Gaza Strip over recent days. On a diplomatic level, total Canadian support for Israel’s horrifying state violence equals more political operating room for Israel on the international stage, more political room for Israel to assert a violent, colonial narrative that dehumanizes and attempts to erase thelegitimate struggle of the Palestinian people.

In the upcoming days as people take to the streets in cities across Canada in solidarity with the Palestinian people of Gaza, who are now living the realities of Israeli apartheid and military violence, let us draw clear attention to our own complicity in Canada.

Building the global Boycott, Divestment and Sanctions (BDS) campaign here in Canada is really clear, as the transparency of collusion is so clear. Already manyimportant initiatives and campaigns are underway, lets support and expand these inspiring efforts.

In viewing the unspeakable images of human suffering on the ground right now in Gaza, lets focus our energies and efforts to hold specific Canadian companies, as well as the Conservative government, publicly accountable for their direct links to the war crimes being carried out against the people of Gaza right now.

Stefan Christoff is a writer, community organizer and musician living in Montreal@spirodon