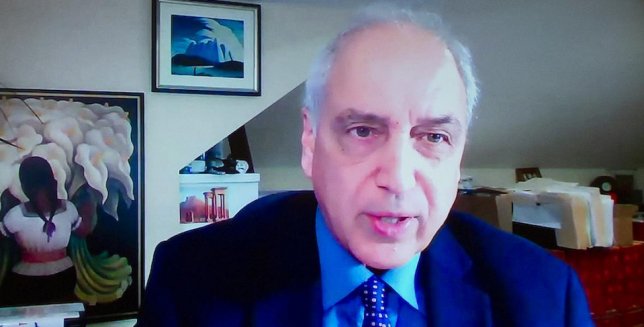 Bilateral free trade agreements are not often at the heart of public focus around political firestorms today, however trade accords can speak profoundly to both the inherent priorities and long term foreign policy orientation of Canada.

In 1997, the Canada-Israel Free Trade Agreement (CIFTA) came into effect on January 1st, marking Canada’s first free-trade pact outside of the western hemisphere. This trade accord is significant in substance, but also in political signalling, an illustration of the long standing links between successive colonial governments in both Ottawa and Tel Aviv.

The reality of the colonialist orientation of the governments in both Israel and Canada underwrites many of the reasons why a trade agreement with the Israeli state was prioritized by the Canadian government. Although both countries have vividly different histories, both nations are still founded on the inherent dispossession of Indigenous populations. In the case of Canada, today we are finally starting to see a public reckoning with the genocidal violence that shaped first British and French colonial conquest in the Americas and then the founding of both Québec and Canada as competing but eventually codependent colonial governments rooted primarily in economies built on the extraction of resources from the territories of Indigenous peoples.

Dispossession, driven by an economic system that drove further and further into the territories of the Americas, also created a violent social and political context that rendered surviving Indigenous communities subject to colonial economic systems. Canada’s continued dependence on Indigenous territorial resources equals ongoing confrontations with communities such as the Wet’suwet’en Nation who are openly opposing and protesting the imposition of the Coastal GasLink pipeline onto their collective lands, a corporate gas pipeline rendered legitimate by colonial laws, not by Indigenous communities. All this is key to understanding Canadian foreign policy and economic orientation in relation to the Israeli state and Palestine, because it is exactly the colonial national affinity between the two states, Canada and Israel, that creates the context for the Canada Israel Free Trade Agreement (CIFTA).

For example, CIFTA, revamped under the Liberal government in 2019, makes no clear distinction between Israeli products produced in Israeli settlements in the West Bank. Such settlements are internationally recognized to be a violation of the Fourth Geneva Convention, which states "the Occupying Power shall not deport or transfer parts of its own civilian population into the territory it occupies."

"On paper, our stated policy is not that bad. This was formulated in the 1990s and has largely remained unchanged. On the face of it this should lead to a robust critique of the Israeli occupation which has become indistinguishable from territorial annexation and apartheid."

On CIFTA, Lynk highlights that Canada "did not insist upon human rights provisions" when revamping the agreements in 2019, going on to also highlight that Israeli products produced in settlements in occupied Palestine aren’t distinguished through CIFTA provisions.

On the Canadian government website, the economic virtues of CIFTA are boosted, while the fact that Israel is an occupying power is mentioned nowhere. The Liberal government states: "Since CIFTA first came into effect over two decades ago, Canada’s two-way merchandise trade between Canada and Israel was valued at more than $1.6 billion in 2020."

In 2019 the Liberal government publicly celebrated the revamped agreement, with the former minister of international trade diversification announcing that "Canada and Israel are steadfast friends and allies, and we have an impressive number of cooperative activities taking place between our two countries."

This focus on immediate economic justifications and benefits surrounding economic policy is rooted in Canada’s colonial orientation. The first priority is economic, over and above the rights of Indigenous peoples. Although Canadian policy officially speaks to the illegality of the Israeli occupation of the West Bank, the CIFTA agreement, the economic wing of Canadian policy in relation to Israel and Palestine, makes no focus on the human rights disaster in occupied Palestine, so the money continues to flow. There is no doubt that the Israeli state boosts this trade agreement as also part of an international network of western states that collaborate to suppress Indigenous movements against colonialism and for justice, like the grassroots resistance movements in occupied Palestine.

As the Canadian state begins to face a real rhetorical reckoning surrounding the history of colonialism, genocide and displacement inherent to the creation of the Canadian state, the free trade agreement with Israel illustrates colonial priorities that have guided the Canadian government for generations. Unpacking CIFTA and Canadian complicity with the Israeli state’s human rights violations must come with an understanding that such policies are not an anomaly, but are built into the genesis of the Canadian state as also rooted in a settler colonial economic framework.

Recently a network of artists, activists and academics worked on an open letter to express collective opposition to the CIFTA agreement, the letter published by the global coalition of the Boycott, Divestment and Sanctions movement stated:

"CIFTA acts as a political agreement working to normalize the violent policies of the Israeli state toward the Palestinian people, like the mass incarceration, without access to due process, of many Palestinian civilians held in Israeli prison, as documented by Addameer Prisoner Support and Human Rights Association."

All this context demands that we highlight our solidarity with the Palestinian people by opposing the CIFTA agreement, but also by working to take apart the colonial orientation of the Canadian government on these territories and internationally. Canada foreign policy will not inherently change without a change to the colonial order of this state, the local and the global are inherently linked.

Stefan Christoff is a musician, writer and community organizer living in Tiohtià:ke/Montréal, you can find Stefan on Twitter @spirodon.