Home > English > NEWS AND ANALYSIS > As Disaster Strikes, India Teeters on the Brink 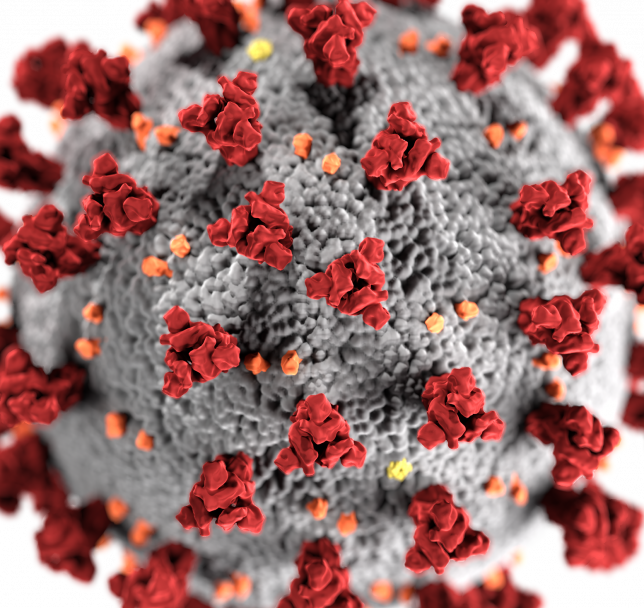 As Disaster Strikes, India Teeters on the Brink

In the internet age, news of disasters is difficult to hide even for authoritarian regimes that try to stifle dissent or conceal images that show them in a bad light. The videos from India freely available on YouTube and Facebook are full of the most gruesome scenes of corpses piling up at crematoria, Shamshan ghats and graveyards, patients gasping for lack of oxygen on hospital beds, and people wailing and screaming in hospital parking lots for their near and dear ones to get medical attention. International and national newspapers and agencies are documenting in excruciating detail the disaster overtaking India that is now at such a scale that is impossible for the Modi regime to hide.

Everyone by now knows that the Indian government had a whole year to prepare for a possible second wave of the pandemic by strengthening its vastly underfunded and ramshackle public health system. There was an urgent need to make sure of the availability of all the basic needs of those infected with corona and requiring treatment in the event a second wave of the virus hit the country–ensure an adequate supply of medical oxygen, ventilators, and personal protective equipment (PPE), along with the development and manufacture of approved vaccines in sufficient quantity. However, the year, in retrospect, was wasted.

A summary timeline of events over the last year helps to recall the sequence of acts of commission and omission of the Modi regime in responding to the coronavirus since news of it reaching India emerged in January 2020. As Dr. Dahiya, Vice-President of the Indian Medical Association recently reminded us “Prime Minister Modi instead of making arrangements to fight Corona, ... preferred to organize the gathering of more than one lakh persons in Gujarat to welcome the then US President Donald Trump." This Namaste Trump gathering held in the Vallabhbhai Patel cricket stadium in Ahmedabad, (now renamed the Narendra Modi stadium, a practice of renaming sports stadia in one’s lifetime that Modi shares with such illustrious predecessors as Hitler and Saddam Hussain), undoubtedly became what came to be known later as a super-spreader event.

A month later, as corona infections mounted, Modi suddenly announced, with no advance warning and just a four-hour notice, a stringent countrywide lockdown with all long-distance transport canceled. That sent millions of migrant workers performing daily labor in metropolitan cities such as Mumbai walking hundreds of miles to their villages in distant states like Bihar with several dying on the way from hunger and disease. A month after as the economy tanked, Modi suddenly reversed direction and ended the lockdown asking Indian to light oil lamps and bang metal thalis to drive the virus away. This penchant for taking dramatic showbiz type actions, reminiscent of his demonetization decision that had a disastrous impact on the economy, is characteristic of all of Modi’s acts of commission that play to his ego and his considerable base of Modi-bhakts willing to applaud him like robots activated by a switch.

While infections and deaths continued to mount in India, the fact that they were happening at a lower rate compared to other countries like the US, UK, Italy, Spain and Brazil, allowed a sense of complacency to set in. Modi and his sidekick Amit Shah went back to their usual pursuits: buying opposition legislators and toppling elected governments in states ruled by opposition parties, persecuting and prosecuting dissenters, who dared to publicly oppose discriminatory legislation like the Citizenship Amendment Act, and promoting the takeover of larger and larger parts of the Indian economy by their favored cronies whose names happen to start with the first letter of the alphabet.

By September 2020, the number of corona cases had started to rise again although official numbers of fatalities remained relatively small compared to the US and Brazil. In the same month, my column had dubbed Trump, Bolsonaro and Modi the “three horsemen of the corona apocalypse” and predicted that India, then #3 in total number of cases would eventually catapult to #1 given its huge population and dysfunctional health care system. While the country was distracted by the pandemic, Modi’s team rammed through the legislature without consultation or debate and by means clearly unethical if not illegal, hugely controversial farm bills that threaten to disrupt and upend decades of government support to the agricultural sector. These bills promote a pro-free market approach that a vast majority of farmers fear would lead to the loss of their land to corporate entities. This fear has led to sustained protests by millions of farmers who want the farm bills to be repealed that have put the government on the defensive and the issue remains unresolved so far.

Meanwhile, critical infrastructure needs of the health sector continued to suffer neglect and a paucity of funds as projects to augment the supply of medical oxygen, to take one example of an essential item, remained unimplemented. A relative lull in the pace of new infections as winter set in allowed Modi to declare victory over the virus. Bragging about India as a Vishwa (world) guru, Modi asserted in a speech at Davos that India had saved humanity from a big disaster and would soon become a supplier of vaccines to the entire world. The experience of many other countries had already shown that the coronavirus could return in a second and even a third wave that could be more devastating than the first. But this was blithely ignored by Modi and his regime. Taking their cue from the leadership people began to ignore the elementary precautions of wearing masks and practicing physical distancing to stop viral spread.

Much worse was the regime’s decision to allow elections and massive election rallies in four states and one union territory along with the Kumbh mela festival in the north Indian town of Haridwar involving millions of worshippers taking a dip in the holy waters of the Ganges river. All these were slated to become super-spreader events. Warnings were given but ignored by Modi and his cohorts. To compound the disaster the elections in West Bengal were decreed by the Election Commission of India (ECI) to be held over an unprecedented 8 polling days in contrast to previous years when elections were held in one or at most 2 days. This was done so that Modi’s BJP, which has relatively little following in Bengal could bring in supporters from outside the state to different cities for electioneering. Of course, this greatly increased the chances of further spread of the coronavirus and virtually constitutes a crime against the people of Bengal. The ECI is nominally an independent body but the Modi regime has succeeded in reducing all constitutionally independent arms of the government to virtual doormats of the Prime Minister’s office. With regard to the Kumbh festival the chief minister of Uttarakhand state, in which Haridwar is located, asserted that the holy water of the Ganges would purify the virus.

Astonishingly, as late as April 17 when infections were officially climbing well past the 100,000 per day mark, Modi, speaking at a campaign rally in Bengal without a mask as were most of his audience of tens of thousands, was boasting that he had never seen such a crowd before.

We can now exclaim (to paraphrase Shakespeare) “O, what a fall was there my countrymen, as you and I, and all of us fell down as damned incompetence flourished over us” as in the following week the official number of infections rocketed to a new world record of over 350,000 per day with the official daily death figure climbing to almost 3,000. These figures are widely admitted to be undercounts by perhaps a figure of 5 or 10 or even more due to the paucity of testing facilities and the widespread practice of simply writing “bimari” (sickness) as the cause in death certificates. From being the Vishwa guru, Modi has now reduced the country to being a Vishwa-bhikari (beggar). All the talk now about the world coming to India’s rescue is unlikely to plug many holes in India’s rickety and sinking health care system. Unless the roots of the crisis are addressed, however, any amelioration without basic changes will be simply exercises in headline management.

Modi’s style of management is best expressed as dadagiri (a Hindustani word meaning arrogance allied to braggadocio) combined with a mania for privatization, based on the so-called Gujarat model that he implemented as chief minister of that state. In social sectors, like health care and education, this model has had predictably disastrous impacts. Modi’s claims of just a month or two ago of India being the “pharmacy of the world” are now being revealed to be vain boasts when the country’s vaccine system is in deep trouble. The new policy of opening vaccination to all above 18 coupled with another directive where the Centre will take 50% of production leaving states and private individuals to fight for the rest has been labelled by a commentator as “a bizarre combination of ruthlessness and managing the headlines.” Far from being the world’s pharmacy, vaccine production in India will not meet domestic requirements for many months to come. Barely 10% of the population has received a dose and reaching a level of herd immunity is estimated to occur in 2023 if not later. Writing in the Indian Express of April 28, Pratap Bnanu Mehta described India’s vaccine policy as ad hoc social Darwinism lacking any epidemiological logic. “The strong do what they can, the weak suffer what they must. A perfect metaphor for our healthcare system.”

Reforming and improving India’s broken healthcare system is of course a must to save and protect the lives of the Indian people first and foremost and the onus for doing that rests on the Indian government. But given that India accounts for almost a fifth of the world’s population and recognizing the fact of global interconnectedness which let the virus travel from an animal market in Wuhan, China to all corners of the globe within a few weeks, can the responsibility for effectively tackling if not eradicating the virus within India rest solely on the shoulders of the Indian government? Especially one that has shown the depths of incompetence that the Modi regime has? What if the virus mutates further the longer it’s allowed to exist to forms that become difficult to treat with the current vaccines? These and related questions will not disappear by lighting diyas, banging thalis, uttering Vedic chants, or consuming “medicines” from Ramdev’s Ayurvedic “pharmacy.” Instead, they need to be seriously pondered and discussed by world experts in public health, epidemiology, and emergency disaster planning and solutions for a range of future scenarios need to be addressed. Notions of national sovereignty mean little to viruses.

Meanwhile, what needs to happen within India to stem and reverse the frightening descent into hell that is being experienced daily by thousands if not millions of its inhabitants? The simplest and most direct answer has been given by columnist Ruchir Joshi in the Telegraph newspaper of April 28, 2021:

“It’s best to state this simply: Narendra Modi needs to go. Amit Shah needs to go. Ajay Mohan Bisht aka Yogi Adityanath needs to go. The bunch of integrity-free incompetents Mr Modi has gathered around him as his ministers all need to go. In order for the country to launch the mammoth operation of recovery and repair needed for our survival, the departure of these people from positions of power needs to happen immediately — tomorrow is too late, yesterday would have been better.”