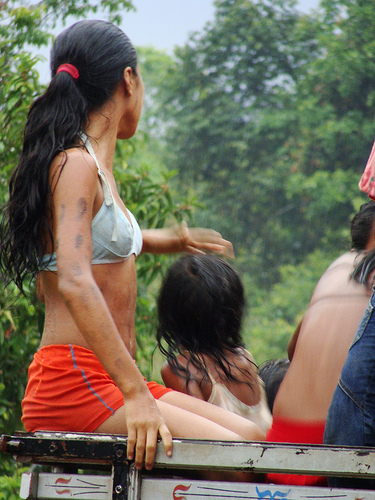 The Justice Department has been conducting a criminal investigation of sports fishing expeditions in the Amazon that may have been used as covers for Americans to have sex with underage girls, according to newly filed court papers.

The investigation and two related actions — a parallel criminal inquiry in Brazil and an unusual lawsuit filed in federal court in Georgia — could provide a rare look at the business operations of the multibillion-dollar international sex tour industry, which has increasingly focused on Brazil.

“Brazil is taking over from Thailand as a premier sex tourism vacation” spot, said Kristen Berg, an official of Equality Now, an advocacy organization in New York that helped bring the lawsuit in Georgia.

That lawsuit was filed last month on behalf of four Brazilian women who claim that they were coerced as minors to serve as prostitutes for Americans on Amazon fishing expeditions operated by an Atlanta-area businessman. One of the women said that she was 12 years old at the time.

Ms. Berg said the lawsuit was the first time that a federal law, the Victims of Trafficking and Violence Protection Act of 2000, had been used to seek damages from someone accused of operating sex tours.