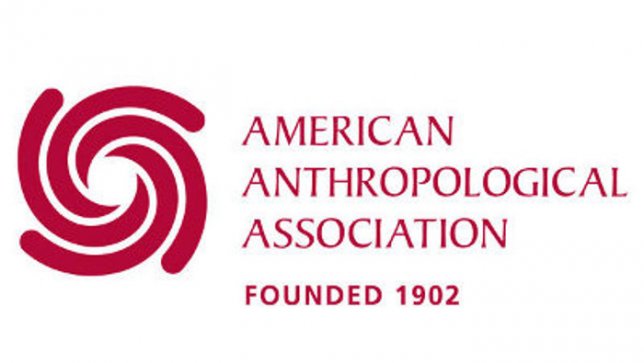 The American Anthropological Association (AAA) is the largest US scholarly institution to endorse academic boycott of Israel.

With over 10,000 members, the American Anthropological Association has become the largest scholarly institution in the United States to endorse the academic boycott of Israel when its general conference voted overwhelmingly Friday night for a Boycott, Divestment and Sanctions (BDS) resolution.

The historic vote attracted an unprecedented 1176 votes, with 1040 votes for the motion (88.5%) to boycott Israeli academic institutions and 136 votes (11.5%) against the motion. This paves the way for the entire AAA membership to vote on the resolution in the coming months. An anti-BDS resolution was resoundingly defeated at the conference just before the vote for the BDS resolution.

“Be it resolved that the AAA as an Association endorses and will honour this [PACBI] call from Palestinian civil society to boycott Israeli academic institutions until such time as these institutions end their complicity in violating Palestinian rights as stipulated in international law.”

Anthropologists for the Boycott of Israeli Academic Institutions, the group that led this effort in the AAA, issued a statement saying:

“As heirs to a long tradition of scholarship on colonialism, anthropologists affirm, through this resolution, that the core problem is Israel’s maintenance of a settler colonial regime based on Jewish supremacy and Palestinian dispossession. By supporting the boycott, anthropologists are taking a stand for justice through action in solidarity with Palestinians.”

BDS was launched in 2005 by the overwhelming majority in Palestinian society to isolate Israel in order to bring about its compliance with its obligations under international law, by ending its occupation, apartheid and denial of Palestinian refugee rights.

Rooted in a long heritage of Palestinian popular resistance and inspired by the South African anti-apartheid movement and the US Civil Rights movement, BDS calls for boycott, divestment and sanctions against Israel in all fields.

Israeli academic institutions are particularly targeted due to what the Palestinian Campaign for the Academic and Cultural Boycott of Israel (PACBI) calls, their “persistent and deep complicity in planning, implementing and whitewashing crimes against the Palestinian people by Israel’s regime of occupation, settler-colonialism and apartheid.”

“Anthropologists at the AAA conference have sent a clear message of international solidarity with Palestinians and upheld some of the best values of the profession,” commented Prof. Lisa Taraki, a leading Palestinian sociologist at Birzeit University and a co-founder of PACBI.

She added, “Palestinian academics, students and society at large are deeply inspired by this most effective expression of solidarity with our struggle for freedom, justice and equality. It reminds us of similar initiatives taken by academics and academic associations worldwide in the 1980s in support of the academic boycott of South Africa under apartheid.”

Prof. Haidar Eid, a Gaza-based comparative literature professor and a PACBI steering committee member noted, “PACBI wishes to acknowledge, with deep gratitude, the tireless, effective, strategic and principled efforts of all the academics who diligently worked for several years to achieve this remarkable victory for the academic boycott of Israel.”

Prof. Eid added, “We are certain that this outstanding expression of support for the Palestinian-led BDS movement will further galvanize academics to pursue the institutional boycott of Israel. As in the South African anti-apartheid struggle, the boycott of complicit institutions will significantly contribute to the long march towards Palestinian liberation and self-determination.”