Home > English > NEWS AND ANALYSIS > Will the Pandemic Be The Wakeup Call? 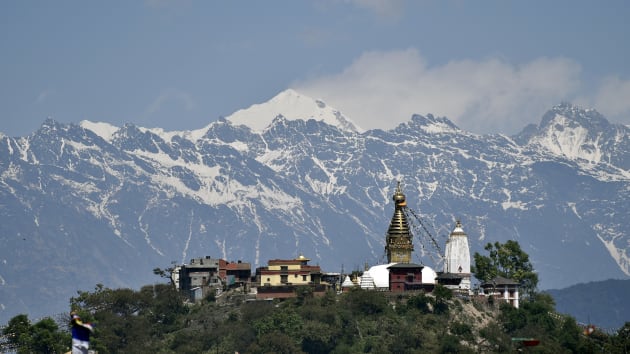 Will the Pandemic Be The Wakeup Call?

Despite the unexpected hundreds of thousands of deaths, people seem to have the same recurrent question: what will the world be like after the Coronavirus pandemic?

There will be, I think, two possible alternatives, either decision-makers will continue with “ business as usual”, turning a blind eye to existing social, economic, political and environmental devastations and then it is the descent towards more chaos or we will learn the lesson from what has happened and develop more humane living conditions.

In fact, the pandemic seems to be the result of a fourfold crisis: health, economic, environmental and political. Europe, a pioneer in welfare state, is paying a heavy price for decades of neoliberal policies where health has no longer been seen as a fundamental human right that should not obey the market rules. For the last decades, governments have been gradually cutting the welfare spending, making health not a prime human right but a vulgar commodity. The pandemic has only shown the danger of such myopic policy.

Italy, struck with full force, is a case in point. The country, which has so far the highest death toll in Europe, had its north overwhelmed with new coronavirus patients. In an article published in French a couple of weeks ago, Professor Philippo Celeta shows how the number of beds for acute care has been decreasing steadily over the last decades in the country. For a thousand inhabitants, the number of beds was 10 in 1975, 8 in 1985, and only 2.5 in 2019. And of course, this decrease is correlated with a reduction in medical staff and practitioners. “Doctors, nurses and healthcare workers are not only fighting against a terrible pandemic, but also against criminal choices that have deprived them of means, resources and security in their work.”

Says public health scholar, Scott Greer, in New York Times: “If the European Union cannot manage fundamental threats to its citizens’ health, then its overall contribution to its citizens’ life might be questioned.” Old age, it is believed, is an aggravating factor, and if Italy has had the highest death rate in Europe, it is partly because of its aging population, with 23% being over 65.

But age is not the only factor. The social and ethnic factors have proved to be important in the death toll, mainly in the USA. Black Americans, who suffer from marginalization, are the most vulnerable in face of the pandemic. In Louisiana, for instance, they represent the third of the population however, they account for two thirds of the deaths, according to the first data. And their death rate in New York is twice that of whites.

According to Professor Didier Fassin, from the Institute of Advanced Study in Princeton, this can be explained by many factors, among them “Afro-Americans live in crowded areas with hardly any screening for the infection.” Besides, they do not have “easy access to health care since it is difficult for them to get medical coverage.” The same applies to France, where, even though data concerning the social differentiation has not been published as yet , the high number of deaths in Saint Denis “one of the poorest areas in Metropolitan France with a heavy concentration of ethno-racial minorities” reveals the importance of the social structure. Other disparities, according to Professor Fassin, concern three categories of people: prisoners, 44 percent of whom are held in pretrial detention, foreigners held in retention centers and asylum seekers, crammed in public spaces. In the three cases, people are unjustly and knowingly exposed to the risk of a fatal disease, explained Professor Fassin.

Further to the data above, The Guardian has published an article arguing that ethnic minorities in Britain are dying of Covid-19 at a higher rate. The article, based on the newspaper research reveals that “people from minority groups represented, among the coronavirus deaths, by as much as 27%”.

On the level of world economy, all analyses agree that the pandemic is going to hit hard. The International Monetary Fund (IMF) predicts that the global economy is going to suffer its worst crisis since 1929 Great Depression as roughly one third of the active population is placed on lockdown.

But the pandemic has far-reaching impact on the underprivileged social categories in both rich and poor countries alike. According to a report recently published by Oxfam, Covid-19 crisis could push half a billion more people into poverty. Those workers in developing countries will suffer more and women, who usually work in precarious conditions, will be affected the most. For instance, more than a half a million Bangladeshi garment workers, 80 percent of whom are women, have been laid off or sent home without any pay.

Before the outbreak of the pandemic, western democracies had known one of their alarming crises with the rise of populist leaders, as a result from the voters’ feeling that they have been victimized by “perfunctory establishments”, corrupt politicians and an increasing influx of migrants and asylum seekers. Now with the coronavirus pandemic, the very idea of democracy seems further away as a top priority, mainly in southern underdeveloped countries where autocratic regimes seized the opportunity to quell all freedoms and violate basic human rights. For instance, as governments all over the world have taken some strict measures, dictators in the Middle East and North Africa (MENA) have moved steps further in the restrictions, targeting human rights activists, independent journalists and politicians. Egypt military regime uses its war on terror and the pandemic to target peaceful dissidents. In Algeria, the new government is using the opportunity to settle its old scores with human rights defenders, including Hirak protesters, trade union activists and university students. In the absence of strong institutions, Coronavirus may reinforce dictatorships and sustain exceptional measures.

A gleam of hope?

During the last decades, the unregulated globalization with its neoliberal economy has accelerated the damage to the environment. Until recently, there was a confrontation between scientific studies and stubborn politicians like Donald Trump who rejected last January the findings of imminent scientists, who, basing their studies on thousands of climate experiments, proved that the high emissions of carbon dioxide are caused by adverse human activities.

Another alarming environmentalist finding: scientists believe that in the last 50 years, 50 percent of the insects, vital to the ecosystem, have been lost. Among the reasons of this loss, they cite development of cities, shrinking spaces for habitat and the high level of carbon dioxide that reduced plants.

Now, Covid-19, a virus that crossed the species line and has been travelling around the globe, has reduced pollution by more than a third and greenhouse emissions have dramatically dropped as rich countries try to contain the virus through freezing industrial work. In China, where the virus was born, gas emission fell 25 percent since the beginning of the year and the use of coal dropped by 40 percent since the last quarter of 2019. In New York, pollution has been reduced by half compared to the same time last year.

Does it need an awful pandemic with such a high death toll and a disastrous economic legacy to bring about positive environmental changes? Do we have to be proud of that reduction?

Probably better post-coronavirus questions would be: are we now able to understand that we are not the only organisms in the universe? And that keeping balance between species is vital for our human species?

Many lessons need to be learned from this pandemic. Among them, the world needs strong health systems that protect vulnerable people from the cruelty of the market economy, democratic institutions that protect people against the whims of dictators and an economic system that is not based on the full exploitation of nature as now we have learned that the overexploitation of natural resources could only lead to catastrophes.

Messaoud Romdhani is a Tunisian human rights activist, member of the Executive Bureau of Euromed Rights