Home > English > NEWS AND ANALYSIS > Trial! Not an Apology 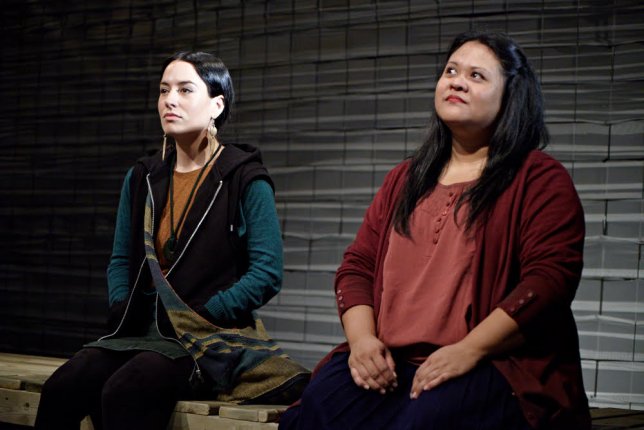 Trial! Not an Apology

Leading up to Pope Francis’ arrival, the government prepared Canadians to expect a genuine apology for a crime that the Church could no longer mask: the forceful removal of over 150,000 indigenous children from their families, sexual abuse, torture; more than 3,200 unmarked graves and the deaths of over 4000 indigenous children. But the so-called apology was an act of damage control to halt the decline of the Church’s eroding reputation.

The Truth and Reconciliation Commission (TRC) report, published in 2015, listed 94 concrete actions to help healing and reconciliation with Canada’s injured Indigenous community. Action No. 58 asked the Pope to apologize "for the Roman Catholic Church’s role in the spiritual, cultural, emotional, physical and sexual abuse of First Nations, Inuit and Métis children", within one year of the report’s release. However, the Pope waited seven years, a period marked by more revelations of the Church’s crimes, which left the Pope with no option but to apologize to calm the rising public rage.

In a carefully choreographed event, a sad-looking Pope asked for forgiveness "for the ways in which many members of the Church and religious communities cooperated, not least through their indifference, in projects of cultural destruction and forced assimilation promoted by the governments of that time, which culminated in the system of residential schools." Pope Francis was deeply sorry because "many Christians supported the colonizing mentality of the powers that oppressed the Indigenous peoples." Calling the residential schools catastrophic, the Pope said, "I humbly beg forgiveness for the evil committed by so many Christians against the Indigenous peoples."

This was no apology; it was an empty sentiment to deflect the responsibility.

An apology must include an unqualified admission of the sexual abuse, deaths, torture, forced removal and cultural genocide. It must express shame and remorse, pledge reparation, justice restoration, and a commitment to collaborate in dismantling the legacy of colonialism the Catholic Church designed under the Doctrine of Discovery. The Papal Bull "Inter Caetera," issued by Pope Alexander VI on May 4, 1493, played a central role in the Spanish conquest of the New World. The document supported Spain’s strategy to ensure its exclusive right to the lands discovered by Columbus the previous year. Instead, Pope Francis apologized for the actions of "many members of the church," absolving the Church as the governing body that has systematically covered up and protected predatory priests, nuns and clergies, refused to hand over documents, and promoted conversion and assimilation, resulting in cultural genocide. As Indigenous leaders have repeatedly stressed, this Doctrine must be rescinded.

Most likely, the Pope’s words were drafted by his legal team to obscure the Church’s liability and maintain its brand.

The genocide against this hemisphere’s Indigenous people is a foundational crime of Canada (and the United States), resulting from the Doctrine of Discovery authorizing the seizing of non-Christian lands in Canada, the United States, Australia, and New Zealand, South America and the African continent.

The testimonies from the survivors and families and evidence cited in the TRC confirm that the cover-up of sexual abuse, torture, and killings were not acts of individual priests but resulted from the Church’s policies, which is why the abusers were neither reported nor punished. The Church’s sexual abuse was about racism, white Christian supremacy, systemic domination, and decadence, not "indifference," as the Pope said in his apology.

The United Nation’s 1948 Convention on the Prevention and Punishment of the Crime of Genocide, passed after the holocaust, stipulates that genocide of a national, ethnic, racial, or religious group is a crime, whether committed during a time of peace or war. The discovery of more than 1000 unmarked graves, indiscriminate killings by the police and RCMP, missing and murdered Indigenous women, and systemic racism confirm that the elimination was intentional.

When a crime of this nature and this magnitude is carried out anywhere in the world, with long-lasting effects that still touch the lives of those living today, one must not beg the criminal or his institution to apologize but put them on trial to restore justice.

Photo: Teesri Duniya Theatre’s 2012 production of "Where the Blood Mixes" about the after-effects of the Residential School Systems.