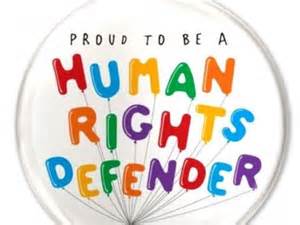 Towards Greater Protection for Human Rights Defenders in Pakistan

A consultation organised by the Human Rights Commission of Pakistan (HRCP) here on Thursday concluded with an 11-point charter of demands calling upon the government to ensure safety and protection for human rights defenders and to facilitate their work.

The consultation, attended by a large number of civil society representatives, began with a one-minute silence to remember the human rights defenders killed across Pakistan. The consultation included sessions on understanding HRDs’ role, challenges and work environment for the defenders; actors hindering and supporting defenders’ work; commitment among political parties and CSOs to protect defenders; and brainstorming for solutions to address threats, hurdles to work and impunity for the perpetrators of violence against them. The sessions were chaired by Nasreen Azhar, Zafarullah Khan, Tahira Abdullah, Naseer Memon and Dr Farzana Bari.

The consultation titled ‘Towards greater protection for Human Rights Defenders’ was held on the death anniversary of HRCP coordinator Rashid Rehman, who was murdered in Multan on May 7, 2014. The consultation concluded with the adoption of the following charter of demands.

“We, the participants of the consultation “Towards greater protection of Human Rights Defenders” organised by HRCP demand that the following measures must be taken to ensure the safety and protection of human rights defenders, for enhancing an understanding of their role and for facilitating their work: