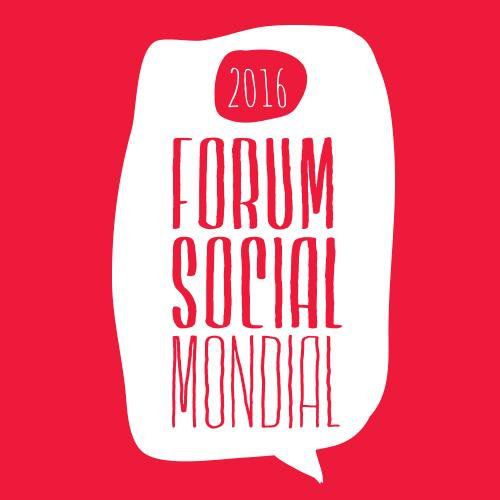 The World Social Forum (WSF) has met regularly since its first meeting in Porto Alegre in 2001. And just as regularly, there have been analysts who have announced its demise as a relevant expression of the Global Left. And nonetheless, somehow, it continues to matter in the struggle for global justice.

The most recent meeting was in Montreal, Quebec on August 9-14, 2016. This meeting was in some ways different from previous ones. It was the first one held in the Global North. The decision to hold it there was a deliberate attempt to demonstrate the globality of the WSF.

This decision came at a price. The Canadian government refused visas for a significant number of prospective attendees coming from the Global South. The cost of travel and lodging for attendees was relatively high. The result was a meeting with a reduced number of participants, and one that was tilted more than previously to persons coming from the Global North. This was no surprise to the organizers. The belief was that the price was worth the positive side of the decision.

In some ways, the meeting was like all previous meetings of the WSF. On the one hand, there was an immense range of themes under discussion. And participants tended to attend those thematic panels that were of greatest interest to them. The result was a network of thematic ghettos, and an insufficient amount of trans-communication between the range of different worldwide political struggles.

On the other hand, there was a major debate about the validity of the "horizontal" manner in which the WSF was organized. Its critics argued that the WSF was not (or no longer) relevant, as a result, to the real political struggles going on everywhere. This debate has been held repeatedly, but this time it was perhaps more intense, and even angry. Nonetheless, its essence remained the same.

The major new argument among those who were unhappy with the "horizontalist" mode of organization was that we should not be looking at who is now attending the WSF but at those who are no longer attending it because they have come to see it as an expensive waste of time, since it did not further the actual political struggle.

The counter-argument is that the WSF has shown itself to be a powerful brand name. There are now an ever-growing number of countless regional, national, and local social forums. There are endless thematic forums at all geographical levels. These forums, as the global WSF itself, are self-organizing. The WSF has proved to be a bottom-up concept, not a top-down one. And this remains its essential strength.

Of course, none of us has quantitative data to back up these assertions, one way or the other. It is a battle of one set of intuitive and genuinely subjective judgments against another. If it has become more intense, it is largely because the global political struggle that seemed so relatively favorable to the Global Left a decade ago now seems to have been reversed. The resulting pessimism within the global justice movement has led to the harsher internal debate of the WSF. It is not the WSF that has caused this worldwide greater difficulty for the Global Left. Rather, it is this reversal that has led to more internal debate within the WSF.

My own sense is that we have to keep our eye on the global struggle, and the role that the WSF can play in it. If we were to hold no more WSF meetings, it might liberate some money, energy, and time for other activities. But these "other activities" might never occur, as pessimism leads to withdrawal from activism. The meetings of the WSF, however imperfect, are acts both of renewal and optimism. The leaders of two major organizations in the Tunisian struggles - the FTDES (Tunisian Forum for Economic and Social Rights) and the UGTT (Tunisian General Labor Union) - have written a very critical paper analyzing the failings of the Montreal meeting. Nonetheless, they end their paper by saying that, despite the flaws, the meeting was a success because it preserved le sillon de l’espoir ("the trace of hope").

One very positive aspect of the Montreal meeting was that the sessions devoted to the future of the WSF were massively attended. The debates were fierce, but what it showed to me was that the attendees wanted to debate. They were seeking ways to strengthen their struggles. They thought that how the WSF was organized might be part of the answer.

The secret of the WSF from the outset has been that it sought to be widely inclusive of all the tendencies within the Global Left. It sought to be mindful of the historic failures of the Global Left over the past two centuries. It has been a plus, not a minus, in the worldwide struggle to transform the world-system and to replace it with a relatively democratic, relatively egalitarian one. Let us not waste our time throwing stones at each other. Let us continue to talk to each other and learn from each other.