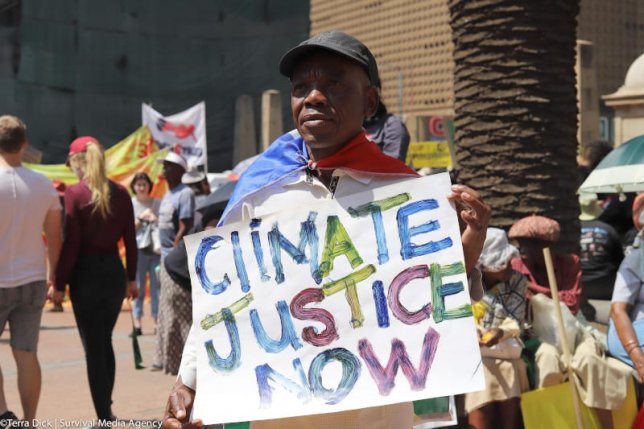 The Systemic Capitalist Crisis and the Advent of Neo-fascism

The advent of the COVID-19 pandemic has shown without a doubt how the capitalist class has not responded and cannot respond to the devastating consequences produced by the corona virus across our planet. More preoccupied with the loss of profits and the decline in production, it was very obvious which direction the capitalists wanted to take. It seems Jeff Bezos was extremely happy with the economic decisions taken, when he declared that throughout the pandemic he was able to pocket his highest percentage of profit he has ever accumulated. The capitalists are happy the capitalist class has done its job.

This plan of attack, which the capitalist class now calls “The Great Reset”, has now left the American economy and society for the present and the future facing a polarized population divided between the rich and poor which has not been seen since the Great Depression of the 1930’s. But this can also be said for all of the advanced capitalist societies. We can now imagine what this means for the so-called developing nations of the world. This crisis is not only a crisis of civilization, but also a profound crisis of governance and democracy. In other words we are facing the dire state of the future, in the hands of the capitalist class.

According to Antonio Gramsci (Prison Letters) “The old is dying but the new has not been born”. The present capitalist crisis and the one that is facing us, shows very clearly, that capitalism can no longer respond to the fundamental needs of the people, especially the working class, and this position of weakness very quickly has carried over into its incapacity to govern under its neo liberal democracy. However as Gramsci stated ‘the new has not been born’, which means that capitalist economic crisis has now become a crisis of governance.

In order to understand the challenges before the radical left, left progressives and even social liberals, it is important that we return to the contemporary history that evolved with the calamity that was World War 1. Four years of a murderous war in the trenches that was intended to restructure capitalism under the dying remains of the aristocratic empires and to begin our present period of imperialism. The response of the working class was the Bolshevik Revolution of 1917, the Seattle general Strike of 1919 and the Winnipeg general strike of 1919, which open the way to the Berlin Soviet, Budapest revolt and Red Vienna, and numerous strikes across Europe and North America. The working class sensed the weakness in governance of the capitalist class.

Then came the Spanish Flu, a major pandemic that killed 50 million world wide and demonstrated that the capitalist class could no longer govern under these circumstances. With crisis of governance enveloping the capitalist system, the capitalist class searched for solutions to save their system and their profits. Fascism, with its modest beginnings during World War 1, and the Spanish Flu pandemic, was lurking in the wings with its violent ideology of Law and Order eager to come to the rescue and impose their ideology.

The capitalist class, joined by the extreme right wing conservatives and eagerly supported by the monarchists, understand this opportunity to single out the socialists and communists as the direct enemy to their interests, were able to create this collation, which the bidding fascists saw as their opportunity to press forward and solidify their ideology. A grand coalition of the right dominated by the fascists is what the capitalist class saw as the solution to reconstruct capitalism, expand imperialism all under the ideology of violence, order and obedience fostered by the fascists.

Capitalists never were great admirers of fascism, they actually were repulsed by them, but under the conditions where the collapse of governance, crisis of capitalism the liberal bourgeois democracy was at stake, and they made the necessary Faustian pact with the devil.

In our contemporary world some of the same conditions are pushing the capitalist class in order to reset their capitalist system, expand their imperialism and remain hegemonic in the world are again looking for this Faustian pact with the devil.

Obviously the conditions of the past are not completely similar to the conditions perpetuated by the pandemic of COVID-19, but the interests of the capitalist class remain the same. The so called great reset will only set in motion, vast programs of austerity, high unemployment, and lead the way to depression similar to the 1930’s. Normalcy will be the propaganda catchword that will headline all corporate news outlets, praising a return to the good old days. In other words keep the people happy with up beat slogans, a modern version of bread and circuses.

Of course behind the discourse of bread and circuses, waiting in the wings will be the fascists, ready with their authoritarian tactics to preserve the status quo. Authoritarian has been on the rise since the Reagan/Thatcher period. Trump just as all the presidents before him was just a product of the authoritarianism of the different extreme right wing parties around the world from Modi in India, to Putin in Russia, to Orban in Hungary and Salvini in Italy to name just a few.

Therefore the question must be asked,” What is to be Done”? If “The new has not been born” according to Gramsci what role must a united Left take to start the birth of the new. The left in general and the radical socialist left in particular must embark on a vast international program to unite all the progressive forces to fight to maintain democracy and in particular citizens democracy. This program must be based on popular education directed towards the masses and based on a pragmatic approach of unity, independent of language, race, gender, and sexual orientation. Readymade slogans will no longer work in the culture of the 21st century with new generations involved in class struggle.

A united front of masses is not only the necessary instrument against fascism, but it must also through the struggle transform itself into the instrument for socialism. Without a united front of the masses, built on participatory democracy will we achieve a victory that will lead us and for future generations towards socialism.

Capitalism and imperialism will survive if we do nothing. With the rise of fascism, the conditions are at hand to begin the struggle and that can be transformed into a class struggle for new socialism, one that will be based on the ecology of our planet. Eco-socialism will be the victorious outcome of an international united front against fascism.

In honor of the 150th anniversary of “La commune de Paris” LOTTA CONTINUA!!