Home > English > NEWS AND ANALYSIS > The Crisis of Humanitarian Intervention 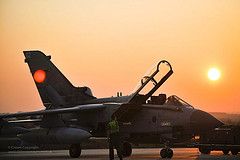 The Crisis of Humanitarian Intervention

Events in Libya and Syria have again brought to the forefront the question of armed humanitarian intervention or the “responsibility to protect.”

Our hearts all go out to the unarmed demonstrators seeking to bring down corrupt dictatorships that are a plague on their people. In Tunisia and Egypt, the people rose and deposed dictators on their own. Armed supporters of the Mubarak regime did attack and even fire on people in Tahrir Square, but a massive crackdown was avoided when the military decided not to take the side of the dictator.

Things have not been so simple since then. Libyan despot Muammar Gaddafi came down hard on civilian protesters, providing the opportunity for the United States and the North Atlantic Treaty Organization (NATO) to intervene militarily by waging an air war and arming the rebels. Today, the Assad dictatorship’s massive repression in cities and towns in Syria that have risen in revolt has also sparked agitation for intervention in the West.