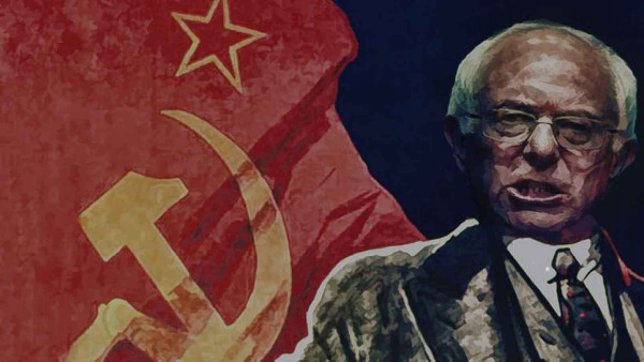 The American Socialist Left Reflects on the Next Four Years

With the election of Donald Trump as president of the United States for the next for years we can be sure that we are in for a roller coaster ride of authoritarian and reactionary politics. The right and the extreme are united, under the victories of Trump and the Congress. The American socialist left is well aware of the challenges facing the American people and progressives everywhere. But contrary to the popular discourse of for seeing an apocalyptic future under Trump, the socialist left sees the next for years as an opportunity to solidify and to create a socialist party based on a vast social movement of progressives that were awakened by the successful campaign of Bernie Sanders. As Bhaskar Sundara, founder and director of JACOBIN, the fore most referenced review for the Marxist left, voiced on a recent trip to Montreal “ we must move forward in this window of opportunity given to us by Bernie Sanders.”

The left therefore has to push aside this “Chicken Little” approach of the “sky is falling” and build on an opportunity that has not occurred since Eugene V. Debs. For the first time in over a hundred years the word socialist was uttered in every household, in every student meeting, in the rank and file labor unions and in the American electorate in general. The idea of socialism became in many areas of the United States, the order of the day. Of course every individual and organization had a different definition of socialism, but that is not the question at hand. Socialism was being discussed like never before in American history. The proof that it disturbed the 1%, was the way the Democratic Party and the Clintons henchmen and women (i.e. Debbie Wassermann Schultz) did every thing they could to sabotage Bernie Sanders’ campaign. By these underhanded tactics the Democrats, the so-called party of the working class (which it no longer is) told the American people that socialism was bad for them. For the Marxist left the hypocrisy of the Democratic Party must be denounced.

The so-called red necks were not the total electorate who voted for Trump as put forward by Hillary Clinton. They were of the working and lower middle classes, who had been suffering since the end of the rust belt and again were the primary victims of the financial crises. They have lost everything over a period of 30 years with no help from the Democratic Party, who just gave more promises stacked up on more false promises. We know that the Republicans defend the 1%, but the Democrats play the card of attacking the rich while cozying up to Wall Street.

The new generation of 12 million voters who were awakened by the socialist discourse of Sanders must now become, according to Bhaskar Sundara, the new focus of the socialist left. A socialist left that has to advance a pragmatic program that will address the fundamental problems plaguing the American people.

If the strategy of the left is to build a new Socialist Party, this must be done recognizing the tactical value of building a socialist presence in most municipals councils across the United States. Did not Bernie Sanders begin by becoming the mayor of Burlington supported by a progressive coalition? There is a long history of the left taking over municipal councils in various cities such as Milwaukee, Seattle, and Oakland, going back to the end of the 19th century.

For Bhaskar Sundara this must become the new struggle for the socialist left. The cities remain, because of their autonomous nature, an important battleground to forge a working class and lower middle class discourse. There exists already “sanctuary cities” across the United States that have setup community groups to protect illegal immigrant workers, to set them up with jobs and access to schools for their children. Many cities across the United States have also passed municipals bylaws to stop automatic and semi-automatic weapons from circulating within their city limits. We can see how progressive policies at the municipal level are examples of resistance against the 1%.

The next four years are not only years of resistance but also years to take up the offensive for a Socialist Party and to pursue the creation of rebel cities, which can become the spark to build class struggle across the United States.