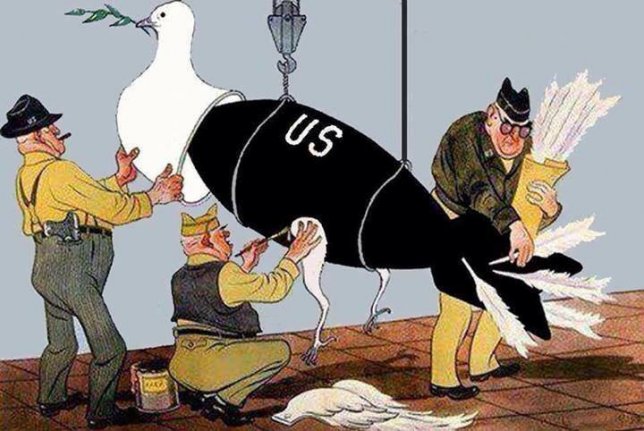 The alleged August 21 chemical attack near Damascus might very well serve as the tipping point in the debate over Western intervention in Syria. The use of chemical weapons has justified the argument for intervention and has translated into a means of political pressure in the direction of key decision makers in the West. Despite the frenzy the attack has created, and the strong feelings of responsibility to protect it has encouraged, now seems like the right time to take a step back and reflect on the ways in which the West approaches foreign conflicts and the people the West sets out to protect through military intervention.

One can’t help but think of Iraq and the allegations of weapons of mass destruction that served as reason enough to intervene on behalf of a people who have not really benefitted from improved human security and political stability since Western intervention. Iraq is the most obvious example, and should serve as a lesson in the pitfalls of a foreign policy that is guided by the ‘shoot first, ask questions later’ philosophy.

Shooting first and asking questions later turns conflicts with potential for resolution into invasions that support the idea that things ought to get worse before they can get better. Is more violence and instability really the precedent that needs to be set for self-determination to be a practical option?

Furthermore, using the term civil war does not adequately reflect the conflict in Syria. It is a proxy war, with many actors and at least a handful of interests in question. This makes intervention a lot more complicated, as there is too much uncertainty with regard to which side of the proxy war the West would be intervening on behalf of. Again, attaining peace by means of escalating war sets a bad precedent, and reflects bad parenting (at the very least) on behalf of the West.

It is said that the first casualty of war is truth, which may accurately describe the situation in Syria, even before the chemical attacks. What is more important though, and less debatable, is that civilians are the greatest and most unnecessary casualties of war. Aside from over 100 000 people who have been killed in the Syrian conflict, there are over 2 million refugees and over 4 million internally displaced people. Western intervention will undoubtedly push these numbers higher, which ultimately makes protective intervention seem more like foreign invasion, regardless of any intended outcomes.

There is certainly no rational debate when it comes to the use of chemical weapons; it’s wrong any way one looks at it. However, using a chemical attack to sensationalize a conflict in order to manufacture support toward intervention seems like a gamble the West should avoid at all costs. After all, the Syrian conflict is more than a hypothetical situation, and the interests of those most affected by the conflict should remain the priority for the international community.

There have been voices encouraging dialogue and diplomacy since the beginning of the Syrian conflict, and now more than ever, these voices should be given center-stage. Facilitating dialogue and transcending the conflict are means of intervention that would best serve the West and Syrians alike. The impossibility of consensus within the United Nation’s Security Council proves that Western military intervention serves an exclusive interest, and that intervention remains a possibility that operates outside the realm of international law.

Dialogue seems to be the most peaceful, inclusive and practical route to resolution, but real dialogue would have to include Iran, which the West might not be too comfortable with. However, if resolving the conflict and protecting Syrians are the primary interests, then every relevant actor has to be given a voice at the negotiation table, or else those excluded will not feel bound to any meaningful resolutions or compromises. Ultimately, there needs to be a Syrian solution to the Syrian problem for a post-conflict situation to be one that promotes sustainability and encourages real self-determination.