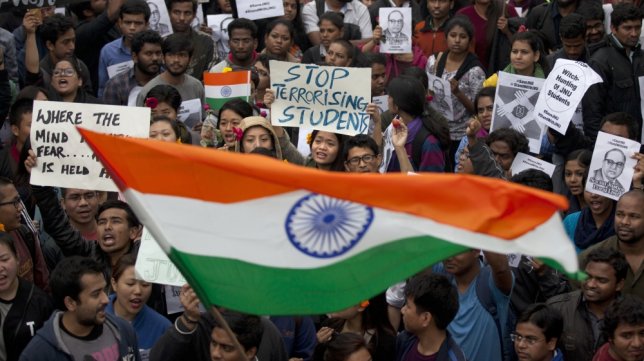 We, the residents and citizens of Tiohtiá:ke (e.g. unceded Indigenous territory otherwise known as Montreal), stand in solidarity with students and citizens exercising their fundamental democratic right to dissent and protest across India.

Over the past several days, we have witnessed many peaceful protests and demonstrations against the National Register of Citizens (NRC) and the Citizenship Amendment Act (CAA), 2019. The Act provisions for preferential treatment of religious minorities from Pakistan, Bangladesh and Afghanistan seeking to acquire Indian citizenship, while explicitly excluding Muslim refugees from its purview. This blatant discrimination against Muslims violates the principles of equality, liberty, and secularism that form the basis of the Constitution of India.

We condemn the brutality unleashed by the police against students of Jamia Millia Islamia, Aligarh Muslim University and many other academic institutions in the Northeastern states, and across the country. On the 15th of December, at JMI, police fired tear gas shells, entered hostels and attacked students studying in the library and praying in the mosque. Over 200 students have been severely injured, many who are in critical condition. There have also been reports of sexual harassment of female students by the police. A similar situation of violence has been unfolding at other universities and cities across India, in some cases without any recourse to the press or public due to internet shutdowns and the imposition of section 144 (a colonial-era law which repressed the right to protest).

For the Indian Government to mobilise police and paramilitary forces against its own non-violent and peacefully protesting students and citizens is emblematic of a troubling trend that attacks the very foundations of a democratic society. Under no circumstances should it be acceptable for the police to barge into University campuses, libraries, hostels or prayer spaces, to physically, verbally and sexually abuse and intimidate students and citizens and arbitrarily detain them. It is particularly concerning that this state-led repression is targeting students at majority-Muslim institutions, indicating the impunity with which the state can enact violence against minority populations in India. An atmosphere of fear, insecurity and anxiety is being deliberately created to brow-beat protestors into silence against what is a clear violation of the Indian Constitution and its secular ethic, as well as the international Human Rights conventions to which India is a signatory. To mischaracterize protests as “riots,” or “mob violence” and the police’s use of excessive force as justified “peacekeeping,” is an unlawful denial of democratic rights.

• The immediate repeal of the CAA and the NRC • An immediate end to all forms of violence against the protestors, • Call for accountability of those responsible, • The immediate and unconditional release of all those who have been detained, • A UN-led human rights inquiry into the abuses that have been committed • We demand that the Canadian government condemn the authoritarianism and the human rights abuses committed by the Indian government under Narendra Modi.

We lend our unconditional support to all those across India fighting this unconstitutional law and join their call for its immediate withdrawal.