Home > English > NEWS AND ANALYSIS > Modi’s Newfound Interest in Balochistan: Why India Could Be on a Sticky (...) 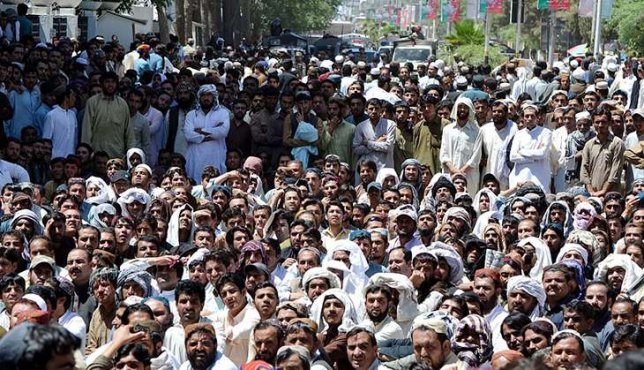 Modi’s Newfound Interest in Balochistan: Why India Could Be on a Sticky Wicket

When Indian Prime Minister Narendra Modi’s declared that his government would highlight the violation of Baloch people’s human rights by Pakistan, it was welcomed by Baloch nationalists.

The Baloch have been desperately seeking international support for their cause. Unfortunately, no foreign government has taken it up till date.

Since the Indian government is a newcomer in this field, I would like to share my experience in the hope that it will help Modi and his officials in their new role as human rights defenders/campaigners.

The most difficult task is proving human rights abuses. Governments routinely dismiss these complaints as unsubstantiated, and human rights defenders are discredited as anti-national, and motivated by foreign agencies.

Proving the identity of the perpetrators is not an easy task. A complaint needs to be substantiated with credible facts and figures, doctors’ certificates, forensic reports, testimonies of witnesses and court proceedings. Getting all these in countries where the government and its forces are the violators is a risky job. How Justice Chaudhry highlighted the abuse

For long, the issue of large-scale disappearances in Balochistan did not attract the attention of the Pakistani media. Perhaps the plight of the ordinary Baloch people was not attractive.

However, this changed when a Lahore-based Baloch businessman, Masood Janjua, disappeared in 2005.

The newspaper Dawn took up the case, but it made little difference. The real change occurred when Justice Iftikhar Muhammad Chaudhry, the then-Chief Justice of Pakistan, took a keen interest in these complaints.

Encouraged by Justice Chaudhry and aided by human rights groups, the families of the missing persons filed well-documented petitions in the Supreme Court. By October 2006, nearly 458 cases were before the court.

Thanks to the efforts of the Supreme Court, 186 persons were traced, some were released while others were relocated to designated detention centers.

Pakistan’s army, intelligence and other security agencies refused to cooperate, and attempted to block the hearings on the grounds of national security.

Then, in October 2007, an angry Justice Chaudhry declared he would summon the heads of the intelligence agencies to testify and take legal action against them, if warranted.

By challenging the government on the issue of the disappearances, Justice Chaudhry had intruded into the domain of national security. His last hearing on the disappearances was on 1 November 2007. Three days later, he was dismissed, precipitating a chain of events that brought down General Musharraf’s government.

Thanks to Justice Chaudhry, and the work of the human rights groups, a large body of evidence of gross abuse of human rights of the Baloch people is available in the public domain. With the assistance of some members of the Baloch diaspora, I am sure Indian officials will be able to prepare a well-documented case. The history of the struggle

However, Modi needs to be aware that the Baloch people are struggling for ’independence’. The grandson of Nawab Akbar Khan Bugti, who thanked Modi, represents the Baloch national movement for self-determination.

The Baloch did not support the Pakistan movement. The Khan of Kalat, the largest of the princely states of Balochistan, wanted to remain independent. The Muslim League had tried to win him over through the Lahore Resolution of 23 March 1940, which had pledged that the Pakistani state would be a confederation, and the powers of the Central government limited to defence, foreign affairs, foreign trade, communications and currency.

The resolution promised that the constituent units would be "autonomous and exercise sovereign" power in all other areas. (It is reminiscent of the terms of the 1952 New Delhi Agreement signed by Jawaharlal Nehru and Sheikh Abdullah. In 1953, New Delhi removed Sheikh Abdullah and set up a government with pliable persons.).

In 1948, when Pakistan asked the Khan of Kalat to join it on the basis of religion, the democratically-elected parliament of Balochistan unanimously voted against the merger.

Pakistan invaded Balochistan on 27 March 1948. The Baloch resisted. But their insurgency was subdued in 1955, and Balochistan was incorporated as the westernmost province of Pakistan.

In 1958, the Pakistan Army occupied Balochistan once again, as the locals had taken up arms against the "One Unit Policy" of General Ayub Khan. (India enacted the Armed Forces Special Powers Act to quell the Naga insurgency in the same year.)

Since 1948, the Baloch have been waging an armed struggle against the Pakistani State to win the autonomy promised in the Lahore resolution, or, failing that, independence.

The current phase of the insurgency began in 2004 and was led by Nawab Akbar Khan Bugti and Mir Balach Marri. Nawab Bugti was killed in 2006.

Non-governmental human rights groups generally support the Universal Declaration on Human Rights’ provision that "all people have the right to self-determination".

India does not accept the right to self-determination of peoples. It will be on a sticky wicket if it goes to the UN Human Rights Council with the case of the Baloch people.

However, the US is a superpower. Its neighbours do not raise the issue of the US government’s violation of human rights of US citizens.

India, on the other hand, is not a superpower. Its neighbours are certainly capable of hitting back with records of abuse of human rights by India. The "brave new policy" should not boomerang on us.