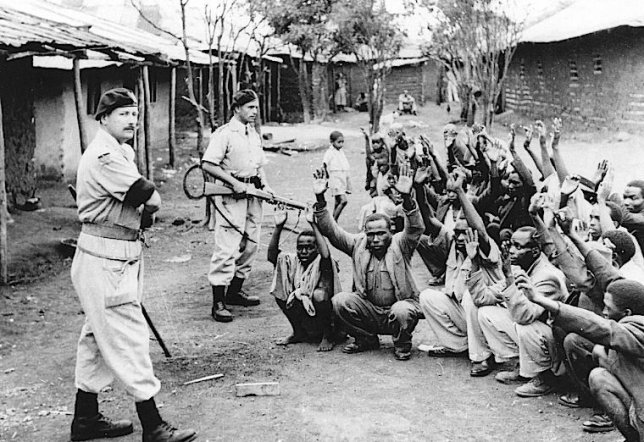 The German word Zeitgeist has come to be used in different languages to designate the cultural, intellectual and moral climate of a given moment – literally, the spirit of the times, or the combination of beliefs and ideas that make up the specificity of a given historical period. In the modern age, and as a result of the persistence of the notion of progress, one of the greatest challenges in capturing the spirit of a given period lies in identifying the continuities in relation to earlier times, since most often than not they come disguised as discontinuities, innovations and ruptures. To make one’s analysis even more complicated, whatever is left from earlier periods is invariably metamorphosed into something that at once gives away and hides its provenance, and therefore invariably remains as something different from, and yet identical to, what it was. The categories we use to describe a given period are too crude to capture this complexity, as they themselves are part and parcel of the very spirit-of-the-time they are supposed to describe from the outside. They always run the risk of being either anachronistic – from the weight of inertia – or utopian – from the lightness of anticipation.

I have argued that we live in societies that are capitalist, colonial and patriarchal in nature, in accordance with the modern era’s three principal modes of domination: capitalism, colonialism and patriarchy – or rather hetero-patriarchy, to be more precise. For social movements and the scientific community alike, colonialism is by far the most controversial category. Socialization has so deeply instilled in us the notion that the anti-colonial liberation struggles of the twentieth century put an end to colonialism, that it almost amounts to heresy to think that colonialism has not come to an end after all, but just changed its shape or outward appearance, and that the most difficult thing for us is to find the right word to describe this complex process of continuity and change. True, the most well-advised analysts and politicians of the last fifty years have been particularly aware of this complexity. However their voices have never been strong enough to question the conventional notion that, barring a couple of exceptions – the most dramatic being perhaps the cases of Western Sahara (the Spanish-Moroccan colony that keeps perpetuating the subjugation of the Sahrawi people) and Israel’s occupation of Palestine –, colonialism per se had come to an end. Among these voices there is that of Pablo Gonzalez Casanova, the great Mexican sociologist, who uses the concept of internal colonialism to characterize the persistence of colonial power structures in the societies that emerged from the struggle for independence waged by Spain’s American colonies during the nineteenth century. Mention should also be made of Kwame Nkrumah, the great African leader and first president of the Republic of Ghana, who first used the concept of neo-colonialism to describe the dominion that the former colonial powers continued to hold over their former colonies once they became supposedly independent countries.

An in-depth consideration of the past sixty years leads me to conclude that what almost came to an end with the independence processes of the twentieth century was a particular form of colonialism, not colonialism as a mode of domination. The form that almost came to an end was what can be termed historical colonialism, which was characterized by foreign territorial occupation. But the mode of colonial domination persisted in other forms. And if only we view them as such, colonialism is perhaps as alive and violent today as it has been in the past. In order to justify this claim, it is necessary to explain the meaning of colonialism as a mode of domination. Colonialism can be defined as any mode of domination based on the ontological degradation of people subject to domination on ethno-racial grounds. The people and bodies who are the object of racialization are denied the human dignity attributed to those who hold sway over them. These are people and bodies who, all the universal declarations of human rights notwithstanding, are viewed as existentially subhuman, ranking low in the scale of being, with lives of little value in the eyes of those who oppress them, and therefore easily disposable. From the start they have been conceived of as part of the landscape “discovered” by their conquerors, on land that, although inhabited by indigenous populations since time immemorial, came to be considered as belonging to no one – terra nullius. They have also been viewed as objects for individual ownership, as attested to by the history of slavery. To this day these people and these bodies continue to be the victims of racism and xenophobia, of expulsion from their own lands to open the way to mining and agribusiness mega-projects and to real estate, of violence at the hands of the police and paramilitary militias, of human and organ trafficking, of slave labor that goes by the euphemistic name of “slave-like labor” to appease the bien-pensant hypocrisy of international relations, of their communities of crystalline rivers and idyllic forests being turned into toxic, environmentally degraded infernos. They live in sacrifice zones, constantly at risk of becoming zones of non-being.

The new forms of colonialism are more insidious in that they take place at the very heart of social, economic and political relations that are dominated by the ideologies of anti-racism, universal human rights, equality of all people before the law, non-discrimination, and equal dignity for the children of every god or goddess. Insidious colonialism is fluid and evanescent and both invasive and evasive – in a word, sly. But that in no way deceives or diminishes the suffering of its daily victims. It thrives on non-institutional, even if systematic, social apartheids, but it can take place on the street or at home, in prisons and universities, in supermarkets and police stations. It can easily disguise itself as other forms of domination, such as differences of class, sex or sexuality, while always remaining part of their makeup. It cannot truly be captured except in close-ups and everyday snapshots. Some of these show insidious colonialism as a longing for colonialism, like an endangered species in need of protection and multiplication. Here are some such snapshots.

Snapshot one. One of the latest 2017 issues of the respected scientific journal Third World Quarterly, devoted to postcolonial studies, featured a piece by Bruce Gilley of Portland State University titled “The Case for Colonialism.” Here is the abstract of the article: “For the last 100 years, Western colonialism has had a bad name. It is high time to question this orthodoxy. Western colonialism was, as a general rule, both objectively beneficial and subjectively legitimate in most of the places where it was found, using realistic measures of those concepts. The countries that embraced their colonial inheritance, by and large, did better than those that spurned it. Anti-colonial ideology imposed grave harms on subject peoples and continues to thwart sustained development and a fruitful encounter with modernity in many places. Colonialism can be recovered by weak and fragile states today in three ways: by reclaiming colonial modes of governance; by recolonising some areas; and by creating new Western colonies from scratch.” The article aroused widespread indignation and fifteen editorial board members resigned. The pressure was such that the author ended up removing the article from the electronic edition of the journal, although it remained available in the print edition. Was it a sign of the times? After all, the article had been subjected to anonymous peer review. The controversy showed that the case for colonialism was far from being the isolated act of a mad author.

Snapshot two. On 22 March the Wall Street Journal published a report titled “Demand for American Sperm is Skyrocketing in Brazil.” According to the journalist, the importation of American semen by wealthy unmarried women and lesbian couples from Brazil has increased dramatically over the past seven years, with the choice of donors showing a preference for white, blue-eyed children. Still according to the journalist, “The preference for white donors reflects the persistent racism in a country where social class and skin color correlate with glaring accuracy. More than 50% of Brazilians are black or mixed-race, a legacy of Brazil having imported more than 10 times as many African slaves than the U.S.; it was the last Western country to ban slavery, in 1888. The descendants of white colonizers and immigrants – many of whom were lured to Brazil in the late 19th and early 20th centuries when the ruling elite explicitly sought to «whiten» the population – control most of the country’s political power and wealth. In such a racially divided society, having fair-skinned offspring is often viewed as a way to provide a child with better prospects, from a higher salary to fairer treatment by the police.”

Snapshot three. On 24 March, South Africa’s most influential newspaper, The Mail & Guardian, published a report titled “White genocide: How the big lie spread to the US and beyond.” According to the journalist, “South Africa’s own alt-right group, the Suidlanders, has reached out to other extremist groups in the US and Australia, giving rise to a conspiracy theory of white genocide to bolster international support for white South Africans”. The group, who describe themselves as «an emergency plan initiative» to prepare a Protestant Christian South African minority for a coming violent revolution, has met various extremist alt-right groups and their influential media contacts in the United States to build up global opposition to the purported persecution of white people in South Africa. (…)

Last week, the Australian Home Affairs Minister told The Daily Telegraph that he was considering fast-tracking visas for white South African farmers, who he said needed to flee «horrific circumstances» for a «civilized country». He said that the farmers «deserve special attention» because of land seizures and violence. (…) There has also been more focus on white South African farmers in Europe, with right-wing politicians who have direct links to the alt-right in the US, calling on the European Parliament to intervene in South Africa. Anti-refugee political players in the United Kingdom have also been linked to the cause.”

The great trap of insidious colonialism consists in suggesting a return, but that which returns has in fact never left.