Home > English > NEWS AND ANALYSIS > For Israelis, the Future is Impossible to See 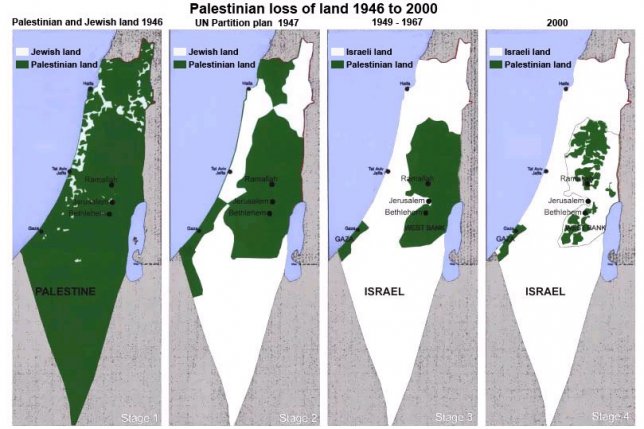 For Israelis, the Future is Impossible to See

A society cannot go far with its head buried in the sand, and will certainly be unable to cope with the real challenges confronting it

If there is one thing completely missing from the public agenda in Israel, it is the long-term view. Israel does not look ahead, not even by half a generation.

Children are important in Israel, and the time and energy devoted to them may substantially exceed what is typical in most other societies, yet no one talks about what lies ahead for them or for their own future children.

There is not a single Israeli, not one, who knows where his country is headed.

Ask any ordinary Israeli or any politician, any journalist or scientist, from the political centre or the right or the left: where are you going? How will your country look in another 20 years? Or 50? They can’t even describe what 10 years from now might be like. Few Israelis could even say where they would like their country to be going, apart from empty slogans about peace and security and prosperity.

Also very instructive is the one question that does arise about the long term: will Israel still exist in another 20 or 50 years? That is all you will hear queried in Israel about the future. And meanwhile a different question - Will there ever be peace? - which a generation or two ago was omnipresent, is no longer on the agenda and almost never asked.

There are very few places where people ask whether or not their country will exist a few decades hence. People don’t ask that in Germany or Albania, or in Togo or in Chad. This question may not be pertinent for Israel either - a powerfully armed regional power, impressively well-connected, with such technological prowess and such prosperity, the darling of the West.

Yet consider the fact that so many Israelis continue to ask this question, more often lately than ever. Note the incredible efforts Israelis expend to obtain a second passport for themselves and their children - any passport! Let it be Portuguese or Lithuanian, the main thing is to have some option beyond an Israeli passport, as if an Israeli passport is some kind of temporary permit nearing its expiration date, as if it weren’t possible to go on renewing it forever.

The future of their country is hidden from them, shrouded in mist. They like to talk in religious terms about eternity, “a united Jerusalem for eternity” and “God’s eternal promise to Israel”, while deep down they have no clue what will be happening to their country tomorrow or, at the latest, the day after that.

Just try asking Israelis what it is going to be like here one day with a Palestinian majority between the Jordan River and the Mediterranean Sea, and in the best case you’ll get nothing but a shrug. Where is it all headed? Will we live forever by the sword? Is it worth the price?

What you’ll discover is that - guess what? - Israelis have never asked themselves this question before and no one has ever queried them about it before, either. Their expression will tell you that they’ve never heard such a strange question. In any event, there will be no answer. Israelis have no answer.

This situation is very unhealthy, of course. A society cannot go far with its head buried in the sand, and will certainly be unable to cope with the real challenges confronting it. The occupation, which more than anything else is what defines Israel today, presents more than a few challenges - with which Israel refuses to grapple. What will happen with the occupation? Where will it take the two societies, occupier and occupied, Israeli and Palestinian? Can the occupation go on forever?

Until recently, I was convinced that the occupation cannot last forever. History has taught us that a people fighting to be free generally wins and that rotten regimes, like the military occupation of the Palestinian people by Israel, collapse of their own accord, crumbling internally from the decay that always pervades them. But as the Israeli occupation drags on and its end continually recedes, doubts have riven my once-solid conviction that something will surely happen soon to bring down the occupation, like a tree that looks robust but has rotted from within.

The most frightening case in point is that of America and the Native Americans, a story of a conquest that became permanent, with the conquered herded onto reservations where they have independence and self-determination only in theory and their national rights are ignored.

In other words, there are indeed occupations that go on indefinitely, defying the odds and all the predictions, persisting and persisting until a conquered people stops being a nation and becomes an anthropological curiosity living in its cage on a reservation. This happens when the occupation is particularly powerful and the conquered are especially weak and the world loses interest in their fate. A future like that now looms over the Palestinians. They are at their most perilous hour since the Nakba in 1948.

Divided, isolated, lacking strong leadership, bleeding at the side of the road and slowly losing their most precious asset in terms of the solidarity they aroused all over the world, especially in the global south.

Yasser Arafat was a global icon; there was nowhere on earth that did not know his name. No Palestinian leader today even comes close. Worse yet, their cause is gradually disappearing from the world’s agenda as it pivots to pressing issues like migration, the environment and the war in Ukraine. The world is tired of the Palestinians, the Arab world tired of them long ago and the Israelis were never interested in them. That could still change, but the current trends are deeply disheartening.

Another Nakba on the 1948 model would not seem a realistic option for Israel at the present time; the second Nakba is an ongoing one that creeps along insidiously all the time, but without drama. There are certainly those in Israel who toy with the idea that under the cloak of some future war, Israel could “finish the job” only partially completed in 1948. Threatening voices in that key have sounded louder lately but they remain a minority in Israeli discourse.

Continue with the settlements? Why not. Most Israelis just do not care. They have never been to the settlements, will never go there and couldn’t care less whether Evyatar is evacuated or not.

The struggle has long since moved to the international front. The crucial shift will come only from there, as happened in South Africa. But part of the world has simply lost interest, and the rest clings to the formula of a two-state solution as if it were sanctified by religious edict. Yet, most decision-makers already know that the two-state solution is long dead, if in fact it ever lived and breathed.

Equality is the path

The only exit from this depressing impasse is by creating a new discourse, a discourse of rights and equality. People must stop singing the songs of yesteryear and embrace a new vision. For the international community, this should be obvious; for the Israelis and to a lesser extent the Palestinians, the idea is revolutionary, threatening, and exceedingly painful.

Equality. Equal rights from the river to the sea. One person, one vote. So basic and yet so revolutionary. This path requires a parting of the ways with Zionism and the rejection of Jewish supremacy, and letting go of the entire self-definition of both peoples - but it represents the only ray of hope.

In Israel until just a few years ago this idea was viewed as subversive, treasonous and illegitimate. It is still viewed that way but with somewhat less force. It has become mentionable. It now remains for civil societies in the West and then the politicians to embrace the change. Most of them already know that this is the only solution left, but are afraid to admit it lest they lose the magic formula for a continued Israeli occupation provided by the now dead two-state solution.

The present is deeply discouraging, the future no less so. And yet to persist in thinking that something can still be hoped for, some action can still be taken, is of the utmost importance. The worst thing that could happen in this part of the world would be for everyone to lose interest in what happens here and resign themselves to the current reality. That must not be.