Home > English > NEWS AND ANALYSIS > Debate: Fascism Is Not Simply Imposed From Above 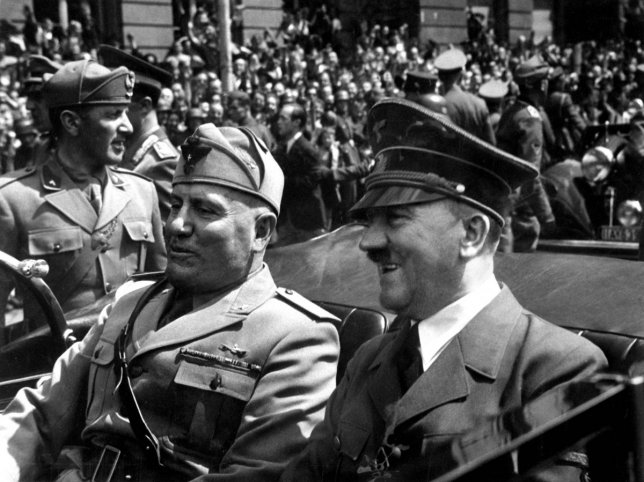 Debate: Fascism Is Not Simply Imposed From Above

It is time to call this regime by its name. What we are seeing is not procedural or substantive fascism; this is fascism.

We woke up today to professor Arjun Appadurai’s insightful piece in The Wire, where he identified that the Citizenship (Amendment) Bill (CAB) is an ‘innovation’ that marks a ‘successful closing of the gap between procedural fascism and substantive fascism.’ While we agree with his terrifying prognosis, we would argue that taking a view of fascism as simply imposed or innovated from above would miss a crucial point. Fascism is also the legitimisation, even welcoming, of that authority by wide sections of society. In its move towards this more substantive fascism, India is less an innovator and more a clear-cut case of fascism.

Thus, we have crowds exulting when four young men accused of rape were shot dead by officers while in police custody. But equally, as the revelation of the eerie parallels between the encounter and a tweet show, the police are now even more primed to follow such cues. The police and the crowds baying for the blood of rapists are now in perfect accord.

Everyday violence and state violence has become synchronised, partly through the law, and partly in extra-legal ways. When mobs lynch and kill Muslims, when Dalits are punished for transgressing the norms of caste society; when couples marrying across caste or religious lines are hounded, and often killed, we see not just a mindless enactment of the ruling ideology, but the enactment of strongly held beliefs. The participants could easily say that these killings bring them some “sukoon” as well.

This vigilantism is precisely indicative of a culture of fascism, one that sutures everyday participants to the regime. Most chillingly, we have reached a point when the regime is entrenched enough for its flouting of democratic norms to not just be tolerated, but even lauded. Its version of justice from the top now appears to be what the public wants. Arguably, fascism does not lie in the translation of institutional fascism into the everyday; it emerges precisely when everyday violence, vigilante justice and state repression become twinned.

The idea of fascism-as-imitation is actually of a piece with what Appadurai identifies in the international view that ‘India is regarded as too democratic to fail’. Just as international civil society is in denial, even sections of Indian society itself are in denial about the extent of the challenge. That the Modi regime was elected democratically and can be, in theory, dislodged democratically, is hardly a sufficient defence against fascism. Indeed, our comparison of Modi’s regime with other fascist governments must begin by clarifying that many of those, including Hitler’s, were also elected to power. Their attacks on democracy swiftly escalated thereafter.

By the time a fascist regime is understood to be fully fascist, it is already too late—so late in the case of the first wave of fascism, that we only truly identified its horrors after the first concentration camps were liberated. We simply do not have the luxury of doubt in this case.

Call this regime by its name

We propose that it is time to call this regime by its name. What we are seeing is not procedural or substantive fascism; this is fascism, this is how it has always operated, and there is no need for any doubt, confusion or surprise when it comes to its methods (total disregard for future consequences of their actions so long as they gain more power) or its aims (absolute domination of every sphere of human life, from the political to the economic, social and cultural).

To understand this is crucial. It is the first step towards energising us into fighting this regime at every level—not just at the electoral level, not just in courts, but through political protests, through civil society mobilisation and everyday acts of resistance. So long as we fail to accept that this is fascism, we will stay locked in a position of surprised horror at every new development. That is precisely where the fascists want us to be.

Instead, by calling it by its name, we can draw on our knowledge of its most obvious tactics. Part of the repertoire of fascism is the propagation of myths of invincibility and of the overwhelming assent of all the people. We know this to be demonstrably false, and now we are starting to see some early signs of the breaking of this myth, not least in the organising against the CAB. Once larger sections of the population openly voice their dissent, the ‘manufactured consent’ that fascism depends on will begin to shatter.

And as for fascist invincibility? From the cardboard potency of Mussolini’s Italy to the dreadful incapacity of the Modi regime in steering the Indian economy, if history has taught us one thing, it is that fascists are far less competent than their struts and goosesteps suggest. Once their total warfare across every aspect of human life is met with a total response, the hollow façade of fascism is bound to crumble.

Ania Loomba is the Catherine Bryson Professor of English at the University of Pennsylvania, and a founding member of the Coalition Against Fascism in India (CAFI). Partha Chakrabartty is an independent journalist and writer.