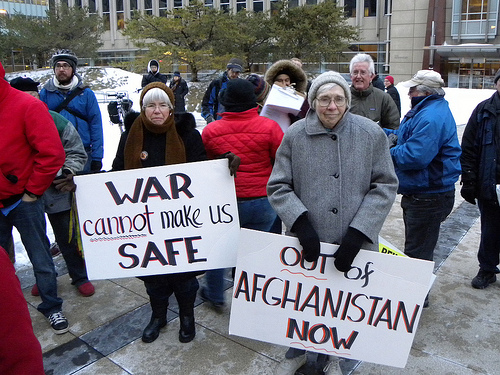 Carlos Montes and the Security State: A Cautionary Tale

On May 17 at 5 in the morning the Chicano activist Carlos Montes got a wake-up call at his home in California from Barack Obama’s security state. The Los Angeles County sheriff’s SWAT team, armed with assault rifles and wearing bulletproof vests, as well as being accompanied by FBI agents, kicked down his door, burst into his house with their weapons drawn, handcuffed him in his pajamas and hauled him off to jail.

Montes, one of tens of thousands of Americans who have experienced this terrifying form of military-style assault and arrest, was one of the organizers of the demonstrations outside the 2008 Republican National Convention in St. Paul, Minn., and he faces trial along with 23 other anti-war activists from Minnesota, as well as possible charges by a federal grand jury.

The widening use of militarized police units effectively nullifies the Posse Comitatus Act of 1878, which prohibits the use of the armed forces for civilian policing. City police forces have in the last few decades amassed small strike forces that employ high-powered assault rifles, armored personnel carriers, tanks, elaborate command and control centers and attack helicopters. Poor urban neighborhoods, which bear the brunt of the estimated 40,000 SWAT team assaults that take place every year, have already learned what is only dimly being understood by the rest of us—in the eyes of the state we are increasingly no longer citizens with constitutional rights but enemy combatants. And that is exactly how Montes was treated. There is little daylight now between raiding a home in the middle of the night in Iraq and raiding one in Alhambra, Calif.