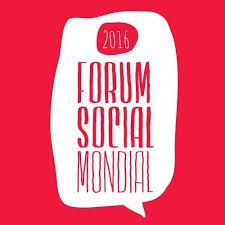 Organizers call for response: “We call on the World Social Forum (WSF) Montreal local organizing committee, the International Committee of the WSF, and all organizers, media-makers and activist who are invested in the integrity of the WSF to respond to this situation of unjustified mass refusal of visas to participants from the global south.”

In less than a week, the first ever World Social Forum to take place in the global north will begin in Montreal, Quebec. Unless quick action is taken, a significant number of delegates from countries in the global south will not attend due to unjustified delays and denials in visa processing at Canadian Embassies in several countries.

Organizers with the Indymedia Africa Working Group (IAWG) are aware of four unjust withholdings and ten unjust denials from countries in which their working group members live. Four Nigerian journalists from Sahara Reporters were rejected on the spurious grounds that their application failed to provide bank details from their organization, even though the embassy never asked for such bank documents. Two well-known Malian human rights activists, including the President of Malian Association of Domestic Workers (known by its French acronym, ADDAD) were denied visas because they allegedly “lack a clear purpose for the trip”. The same was the case with the refusal of visas for grassroots organizers with the “No Vox Afrique” network, particularly those from Benin, Burkina Faso and Togo. To date there has been no responses for the applications of a women’s rights activist from Nigeria, a student organizer from Ghana and a radio journalist from Ghana, despite the fact that their applications were submitted well in advance of the timeline the Canadian government indicates for normal processing.

“It is unacceptable for embassies to be able to refuse a visa on such a flimsy excuse as ‘lack a clear purpose for the trip,’” said Moussa Coulibaly, IAWG delegate from Mali, whose visa was also denied. Canadian authorities should have simply banned the organizing of the World Social Forum (WSF) in their country instead of trying to destabilize it by way of mass refusal of visas to participants.”

“I have been going to the International Organization for Migration," said Akonnor Owusu Larbi, student organizer and IAWG delegate from Ghana. "They are in charge of receiving Canadian visa applications in Ghana. On the day of the visa application submission, they told me to wait till I get a mail or call from them. They assured me it would take at most 23 days. I applied on 29th June, 2016... This is not right.”

“SaharaReporters issued all the necessary documentation for our delegates from Nigeria,” said Omoyele Sowore, founder and publisher of the edgy media outlet that has been called the WikiLeaks of Africa. “We expected that if the Canadian consulate was in doubt of our capability to support our delegates, that they would ask us for further documentation. This was not done; all delegates sponsored by us had their visa applications denied. The Canadian government ought to know that in accepting the WSF to be hosted on Canadian soil, it had agreed to accept all persons regardless of race, class or social geography.”

"In Brazil we had political exclusions, as well as economic," said Rita Freire of Ciranda Brasil. "[An activist] who organizes the Cine Medios Libres, and makes coverage of police violence against protesters, had a visa refused even having already bought his plane ticket and showing proof of money for the trip. [Someone who] would make a presentation on the Mariana disaster, the dam mining that broke a river killing and destroying several cities, were also barred by Canadian diplomacy... If the government of Canada has made commitments to the WSF, to respect the conditions required for a minimally inclusive forum, it is clear that [was] not honored."

Even without such obvious abuses, the process of applying for a visas is one of the more pronounced difficulties faced by citizens of countries in the global south, especially when those visas are for travel through the global north. The invasive nature of the detailed application, the wait time, the frequent need to travel to the embassies to submit the applications, and high fees make the experience extremely prohibitive for many grassroots organizers.

"Iraqi activists didn’t even try applying for the visa, since they understood it would be extremely difficult for them, having to apply in Jordan," said Martina Pignatti of the Iraqi Civil Society Solidarity Initiative. "They will organize a parallel activity in Baghdad, and we will connect with them from a telecentre [in Montreal]."

Given this well-known power imbalance in the globalised world, the decision to hold the World Social Forum in Canada, a notoriously difficult country to gain entry, should have been coupled with a proactive commitment on the part of the International Council and the local organizing committee of the WSF to follow through with and facilitate the approval of visas requested by WSF registrants. Participation of the global south in the WSF is fundamental if we are to keep the WSF tradition authentically rooted in the experienced needs of the majority of our planet’s population. It is unacceptable that a WSF be organised without explicit support of activists from the global south.

"This is not only [not] surprising but was even expected! This was one of the reasons why social movements from the South objected to holding the WSF in the North," said Demba Moussa Dembele. "They are vindicated by the Canadian Embassies’ behavior."

"All of us know the difficulty to get visa for persons coming from the South and East... it is a huge political responsibility!" said Mireille Fanon-Mendès-France of the Fondation Frantz Fanon (Paris). "How [can] a Forum could be productive without all the actors?... The IC has to make a strong statement at the beginning of the forum... all communication coming from the WSF process has to underline that ’war’ against certain people organized by certain Eurocentric states oriented by White supremacy."

“The denial of these visas is in keeping with a neoliberal global agenda,” said IAWG organizer Valentine Eben. “Capitalists can hold their meetings anywhere they choose in the world — visas are even given to people who have been indicted or are being investigated by courts for war crimes and crimes against humanity! But some part of the world are no-go areas for activists — especially activists from the global south. This is unacceptable; we cannot allow it to be the case this month in Montreal.”

"This is surely a major development which attacks the integrity of the WSF as a global space that has been respected by every government of the South wherever the WSF has so far been held," said Brid Brennan of the Transnational Institute. "This action on the part of the Canadian Foreign and Home Affairs is surely part of the major attack we are witnessing globally on the rights of people to move as well as on the criminalisation of social movements and human and environmental defenders."

We call on the WSF Montreal local organizing committee, the International Committee of the WSF, and all organizers, media-makers and activist who are invested in the integrity of the WSF to respond to this situation of unjustified mass refusal of visas to participants from the global south by taking immediate steps to pressure the Canadian government to grant the visas that have been requested.

To sign onto this statement as an individual or an organization/collective/group, email: indy-converge@la.indymedia.org