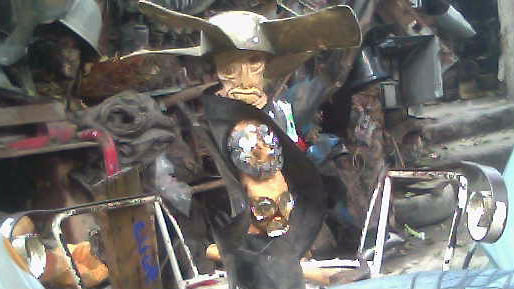 AYITI (HAITI) TALKS BACK TO CANADA

Last week, Defence Minister Anita Anand noted that Canada could play a role by sending aid to the country.

“We’re being very prudent about the next steps, not just in terms of the Canadian Armed Forces, but in terms of our government writ large,” she said.

On Wednesday, Joly did not bring up troops when asked about Haiti, instead saying Canada will eventually sanction those profiting off the chaos.

“We are not going to impose a solution on Haiti. We will work with the Haitians to find a solution by and for them,” she said in French.

Canada and the U.S. have sent tanks, and the United Nations is considering a military intervention to restore order, which has been endorsed by UN Secretary-General António Guterres.

Chantale Ismé’s Address to the Sub-Commission on International Rights:

First of all, I would like to thank you for the invitation, and for providing this opportunity to speak about the situation in my native country. Most especially I am heartened by this chance to give voice to the demands and hopes of the "Ayitian" people.

Ladies and gentlemen deputies, I am here to deliver a strong message on behalf of the Ayitian people to you, those at home as well as those abroad. We, all our people, wherever we are. categorically reject any form of invasion of our land and would view any potential invasion as a criminal act of international aggression.

We are formally and irrevocably opposed to any form of intervention, regardless of whatever fake name those who invade our land invent for the harm they do Ayitian people and justice-loving people of the world are well-aware that previous invasions have masqueraded under titles like "occupation, intervention, stabilization and peacekeeping missions". We categorically reject such criminal invasions whatever mask they wear or whatever form, colour or style is employed by those who sponsor and pay for bone-crushing "boots on the ground".

The Ayitian people have historically experienced the disastrous consequences of unending White intervention since the European invasion of Indigenous land in 1492. The invader’s rap-sheet is long. Case in point, Europeans began and ruthlessly pursued genocide against the Taino People, and then compounded their crimes against humanity by terrorizing and dragging Black hostages, bound and shackled to die, far from home, in this hemisphere. After Ayitians won their Independence, France imposed an ‘independence-debt’ imposed in 1825. From the 1915-1934 the USA orchestrated a hostile occupation of the country, and robbed Ayitians of the gold reserves of their National Bank. No White thieves have never given back stolen treasure to its Black owners since that time.

In addition, under the USA’s brutal occupation from 1915-1934, the country’s peasantry also had their farmland stolen; there was a foreigner-created campaign of forced and orchestrated migration; state institutions were dismantled and the loyal National Guard were replaced of by a force without fealty or identity. The real ugly intent of these invasions has always been hidden by their perpetrators behind a conspiracy of crocodile smiles pretending to be Haiti’s best friends, pretending to want to help or, ludicrously, pretending to be bringing civilization to Haiti or restore the very democracy and peace they had undermined and destroyed.

Today, the Core Group, under the leadership of Canada, among others, seems willing to respond to an unconstitutional, illegal request from an illegitimate government, denounced by the Ayitian people. Once again, those who failed to provide even clean water after the earthquake and failed to hold their countries’ banks accountable as six billion dollars of critical aid vanished into thin air are shamelessly claiming once again to be invading Haiti to counter insecurity and resolve a humanitarian crisis.

It goes without saying that Haiti is currently facing one of the worst crises affecting all spheres of society. But this crisis is not new and is the consequence of policies imposed on the Haitian people by local stooges in both political and private business sectors. One glaring example of these false claims is the disastrous result of structural adjustment policies which have de-structured the Haitian economy. For evidence, the world can see the recent excesses of the government of Ariel Henry, who has decided to increase the price of fuel by 128% at the request of the IMF, supported by the Core Group, on an innocent, vulnerable and already battered and downtrodden population.

For more than 20 years, the Canadian Armed Forces (CAF) and police forces such as the RCMP (Royal Canadian Mounted Police) have been part of the Blue Helmets of the various UN missions in Haiti, from UNMIH 1993 to UNIHRO 2019. (MINUHA 1993, MANUH 1996, MITNUH 1997, MIPONUH 1997- 2000, MINUSTAH 2004, MINUJUSTH 2017-2019, BINUH 2019). This last stabilization force in the country until 2022 had a mandate to "support good governance, stability, professionalization of the police, reduction of community violence and gang violence’’. All of these so-called stabilization and peacekeeping missions have been inconclusive but demonstrably incompetent and have failed blatantly to achieve even their own objectives, while heaping more suffering on the heads of Haiti’s long-suffering Black women, men and children. Under Canadian “peacekeepers” there has been increasing to rape, fatherless children and prostitution. As far as Haitians can see, the individuals, groups or personalities guilty of many heinous crimes have never been called to account, questioned or even judged.

Why are Core Group countries, including Canada, feeling so pressured, so suddenly, to curb a crisis resulting from the very policies they forced on Haiti with utter contempt for the demands of the Haitian masses? Why are Core Group countries, at the same time, preserving a deadly silence in the face of the hardships of all kinds which Haitians suffer under, and arguably as a result of, their endless interventions? Nothing has been said about the massacres, the hundreds of kidnappings ruining the middle class, impoverishing the working classes, sowing mourning and despair in family upon family.

The government of Canada, as well as Canadian religious, academic and political institutions have remained remarkably and culpably silent while the national police, under Canadian RCMP and police tutelage, have carried out systematic and savage campaigns of repression against unarmed Haitians demonstrating for a return of the democracy Canada, France and the USA tore from their grasp. democracy. Nothing has been said about initiatives to federate and give legal status to thegangs that we now forced to fight. And, more immediately, there is an iron curtain of silence around the massive and ongoing importation of arms and ammunition from the United States of North America. And we could go on...

Based on these observations, the CHCDH (Haitian Coalition in Canada against the Dictatorship in Haiti) in accordance with the wishes for a return of their democratic and Human Rights by the Ayitian people and under the International Guarantees of The Nuremberg Agreement demand that Canadians and the Canadian government:

Ladies and gentlemen deputies, the Ayitian people, standing up, struggling in spite of hundreds of years of denial of justice, of blatant social inequalities, urge you to listen to them and to respect their will. Thank you.